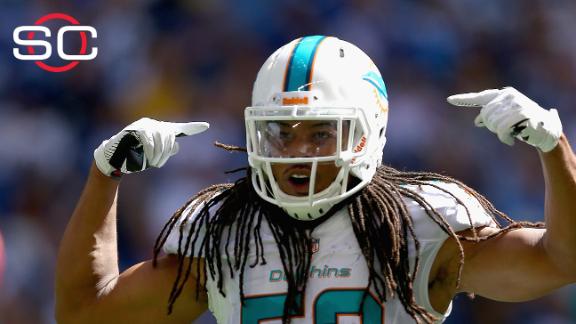 Hours before the start of the 2015 NFL draft, the San Francisco 49ers addressed a need by signing linebacker Philip Wheeler.

Wheeler, an outside linebacker, was released as part of the Miami Dolphins' cost-cutting purge in early March as he was set to make $3 million this season after signing a $26 million deal in 2013.

After starting his previous 32 games -- 16 in Oakland, 16 in Miami -- he started just four of 15 last season and had 45 tackles in 2014 while struggling both against the run and pass. Opponents noticed, and he became a liability on defense.

Wheeler was originally a third-round draft pick of the Indianapolis Colts in 2008 out of Georgia Tech.

The 49ers, meanwhile, are looking to fortify their linebacker corps after the retirements of inside linebackers Patrick Willis and Chris Borland.

While the outside linebackers seem fine, depthwise, with Aldon Smith, Aaron Lynch and Ahmad Brooks, the 49ers did lose Dan Skuta to the Jacksonville Jaguars in free agency. There is also a thought that Brooks could move inside.