5-on-5: Do the Warriors need to change their core if they lose? 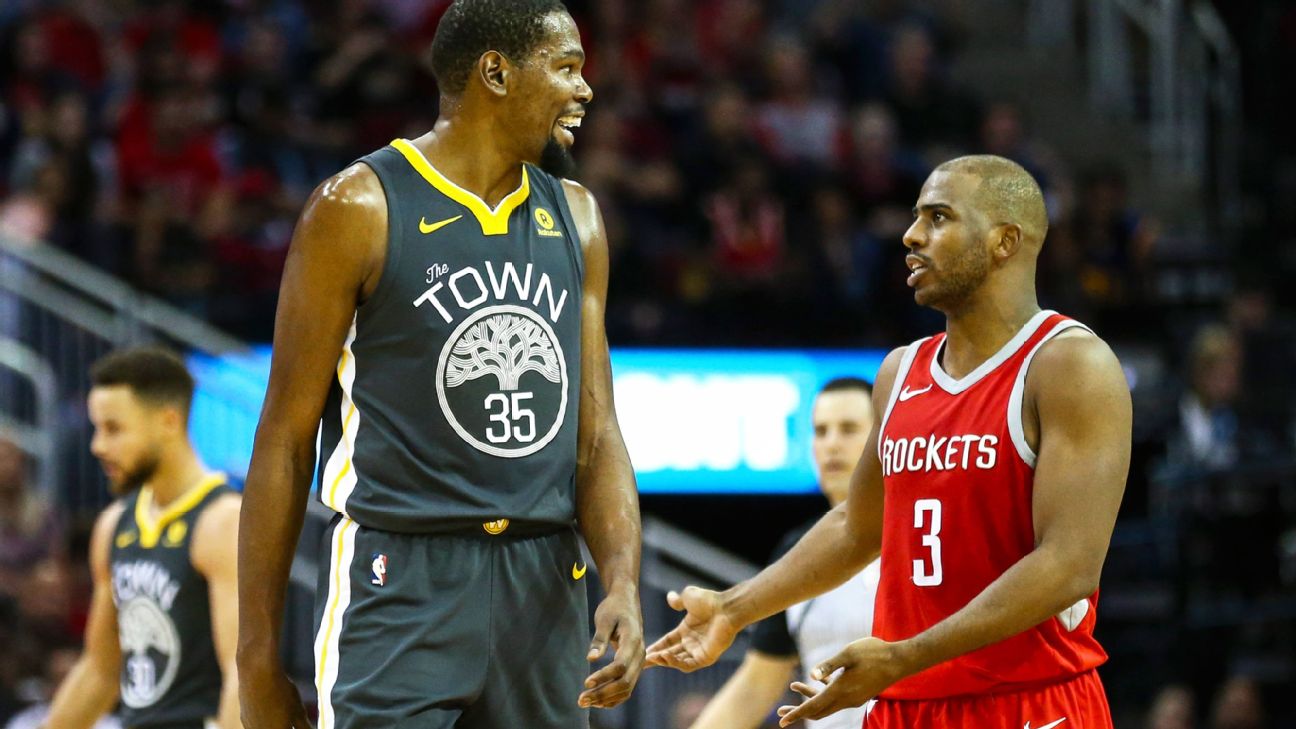 What are the Rockets' chances without Chris Paul? Are Kevin Durant's isolation plays bad for the Warriors?

Our 5-on-5 panel breaks down the twists and turns of the Western Conference finals.

1. Is this series more about the Rockets or the Warriors?

Kevin Pelton, ESPN Insider: Absolutely, Houston. I think there was a lot of skepticism about whether Houston could compete on a stage like this given the Rockets' playoff history (and Chris Paul's before arriving in Houston). Whatever ultimately happens in this series, the Rockets have absolutely removed that kind of doubt. They have proved themselves good enough to win a championship.

Tim MacMahon, ESPN.com:The Warriors, a potential dynasty on the brink of elimination, dominate the storylines. But give the Rockets credit for the results. Houston associate head coach Jeff Bzdelik designed the Rockets' switch-everything defensive scheme with Golden State in mind. The Rockets have been able to take arguably the best offensive team of all time totally out of its rhythm, making the Warriors a stagnant group of one-on-one players instead of the beautiful, ball-moving team they've always been under coach Steve Kerr.

Jeremias Engelmann, ESPN Insider:The series will ultimately be about who comes out as the winner, but if I had to pick one, it'd be the Warriors. If they lose the series, history will look back at it as the one where the Warriors' Western Conference dominance was disrupted -- that is, unless the Rockets win consecutive titles from here on out, in which case the series will have marked the beginning of the Rockets era.

Andrew Han, ESPN.com:Can it be both? It's about the Rockets in that Houston GM Daryl Morey has constructed the best roster he could to take down the defending champion Warriors -- and they're proving they can alter the flow enough to have an impact. For Golden State, attrition and accumulated fatigue of a fourth straight Finals run is revealing just how difficult it is to sustain championship-level success season after season ... after season after season.

Amin Elhassan, ESPN Insider: Sadly, this series looks like it's going to be more about injuries than anything else. With Paul out, a Warriors win will come with an asterisk that Houston was missing one of its two Hall of Fame offensive focal points for likely the last two games of the series. Warriors supporters will counter that two of the losses they suffered were without key contributor (and Hamptons 5 bass player) Andre Iguodala. This is part of what makes winning an NBA championship so incredibly difficult, and it's no coincidence that the team crowned at the end is usually the healthiest one.

A.Chris Paul missing both games or being seriously hindered in Game 7 would be catastrophic for Houston.

B.The Rockets have enough to win one game, with or without CP3.

Elhassan: A. My reply to question 1 foreshadowed my answer here. With Paul (and with no Iguodala), Houston was able to piece together two nail-biting victories, in large part due to stellar performances by Paul. Mike D'Antoni's rotation already had shrunk to about seven deep (and the seventh, Gerald Green, averaged less than 14 minutes a game in those two wins). The idea that Houston can just slide everyone on the roster one slot over and be fine is a bit too optimistic in my view.

MacMahon: B. It's pretty close to catastrophic, but it doesn't completely kill Houston's hopes of winning the series. Remember, the Rockets rallied to win at Oracle Arena in the season opener when Paul had to sit down the stretch due to a knee injury. Houston was 15-6 without Paul this season when James Harden and Clint Capela both played. Harden played like an MVP in those games, averaging 30.6 points and 10.2 assists. The Rockets need that Harden to knock out the champs without his playmaking partner.

Pelton: I guess B, but my answer -- as explained in a column Friday -- falls somewhere in between. Because of the power of home-court advantage in Game 7 and Harden's ability to run the offense, Houston certainly has the ability to win the series. But the loss of Paul, assuming he's unable to return at close to full strength for Game 7, takes them from favorites in this series to underdogs.

Engelmann:It's A. Beating these Warriors is already hard enough with a healthy Paul, as can be seen by the fact that the Warriors average five more points per game for the series. Paul has been the Rockets' second-best player -- second on the team in points and assists while averaging less than half the turnovers of Harden. Without him, the Rockets will struggle to create shots, miss his crafty defense and be underdogs to advance.

Han: B. The Rockets have enough to win one game, especially with the Warriors dealing with the ailments to Iguodala and Klay Thompson. Houston has been a high-volume 3-point-shooting squad all season but has yet to break out a deep flood against Golden State so far this series. It's the kind of volatility that can propel the Rockets past any team for at least one game.

3.Kevin Durant post-ups and isolation plays are a ...

Elhassan: B. Like Paul and Harden, Durant is one of the most devastating and unstoppable iso forces in the league, ranking fourth in the NBA in points per direct iso among players with at least 400 iso attempts, according to Second Spectrum. But turning to that too often comes with a bitter cost for the Warriors, as it noticeably slows down and gums up the offense that Kobe Bryant once called "the Golden Democracy." For Golden State to be most effective, the Warriors have to strike the balance between staying true to their identity but knowing when to turn to their doomsday device to rescue broken possessions. What has happened this series is Houston has cleverly lured the Warriors into tilting too far toward the iso side of the spectrum.

Engelmann:That's a tough one. Durant is scoring very efficiently in the series, with a 60 percent true shooting percentage and just 10 turnovers. On the other hand, he has only 10 assists, which seems ridiculously low for a player who has the ball in his hands this much and shares the court with Steph Curry and Klay Thompson. While all the iso plays are somewhat ugly basketball and would probably cause chemistry issues for most other teams, I think these Warriors are OK with running them, given that he's one of the best scorers of all time.

Han:A. If a Kevin Durant iso is the worst thing in a team's offensive repertoire, the team must be pretty good. Posting up the former MVP or going one-on-one in and of itself isn't the problem for Golden State, but how Durant gets set up for said opportunities is the key. Durant running off of several screens and misdirections to set up a mismatch? Good option. Durant bringing up the ball and going straight into an isolation? Well, it's still a good option, but not the optimal option.

MacMahon: B. They're a great bailout option, but the Warriors don't want to live on a steady diet of Durant isos and post-ups. The Warriors can't let the Rockets dictate their offensive identity. Golden State doesn't want to play a slow, grinding style. The Warriors are at their best pushing the tempo and moving the ball for good looks early in the shot clock.

Pelton: C. Part of a balanced offensive diet, but not a good staple of it. When the Warriors' offense grinds to a halt because of the Rockets' off-ball switching, Durant one-on-one is a good option with the shot clock winding down. Golden State just shouldn't rely on it too heavily.

4. If they lose, do the Warriors need to change their core four?

Engelmann:First of all, it's disrespectful to Iguodala to leave him out of the group. The fact that they're 2-1 with him and 0-2 without him says a lot about his contributions to the team, even if they don't always show up in the stat sheet. If they lose the series, it was mostly due to unlucky circumstances (read: injuries). They're still the best team in basketball, even if that doesn't always show in the regular season. I'd keep the team as-is.

MacMahon: Heck no. Losing a playoff series every other year is no reason to panic. When you have four future Hall of Famers in their prime, you keep that core together regardless of the price tag and try to upgrade the fringes of the roster. Win or lose this series, the Warriors will go into next season as the favorites to claim another title.

Han:If Leonardo, Donatello, Michelangelo and Raphael lost to Shredder, would Splinter mutate more turtles and teach them martial arts? No. Because the Teenage Mutant Ninja Turtles refused to lose. And you don't change a core whose oldest player just turned 30.

Pelton:No, I think that would be an overreaction. To the extent Golden State has fallen short of expectations in this series, I think that's much more about the inability to surround those four players with a reliable fifth option because of Iguodala's injury (witness Quinn Cook taking the biggest shot of Game 5) -- not the core four.

5. What percentage chance do you give the Rockets to win the series?

Elhassan: 40 percent. Harden is the presumptive MVP this year, and all he needs is one MVP-like performance to send the Rockets to the Finals. Having said that, the shortness of the Houston rotation, combined with the expected return of Iguodala and at least one more game in Oakland, makes me lean toward the Warriors continuing their march to another title.

MacMahon:36.7 percent. That was Harden's 3-point percentage during the regular season, and I'd feel better about the Rockets' odds if his step-backs started falling again. But Harden's slump is a sign of fatigue, and his plate got a lot fuller when Paul strained his hamstring.

Han:A Game 6 sans Chris Paul probably gives the Warriors a 75 percent chance to win that one. And a potentially hampered Paul in Game 7 might tilt the scale from a pick 'em to a slight Warriors favorite. Even then, that would suggest that Golden State would have approximately a 45 percent chance to claim the series. Houston has the better hand; the Rockets just need to fade a Golden State draw on the turn and river.

Pelton: About 30 percent, working under the assumption they won't get much, if anything, from Paul in Game 7. Home-court advantage gives Houston a realistic chance, but I think Golden State's edges in star talent and depth would most likely win out in that scenario. 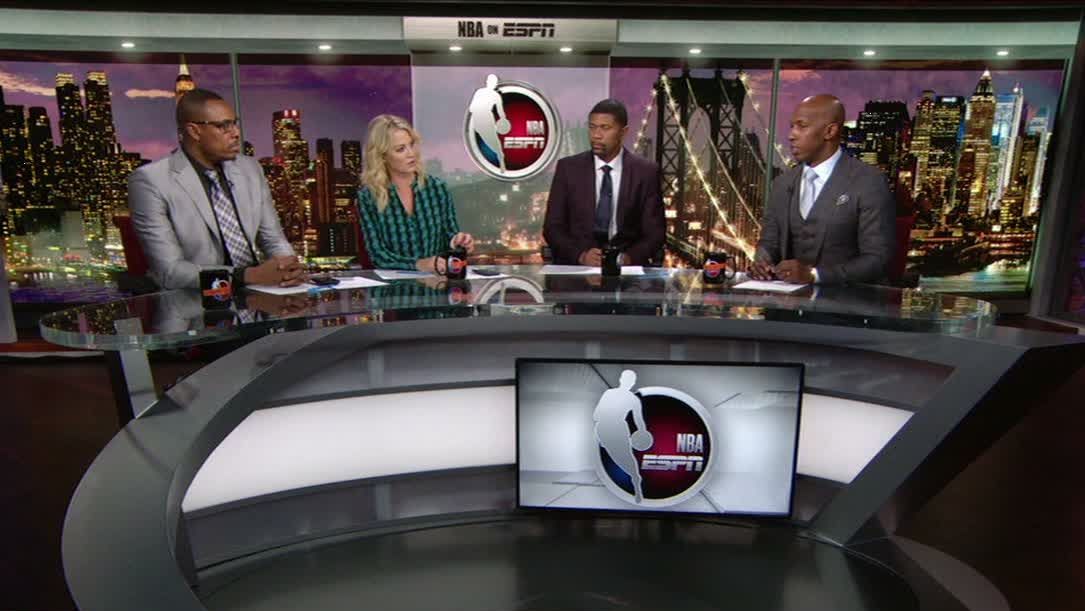 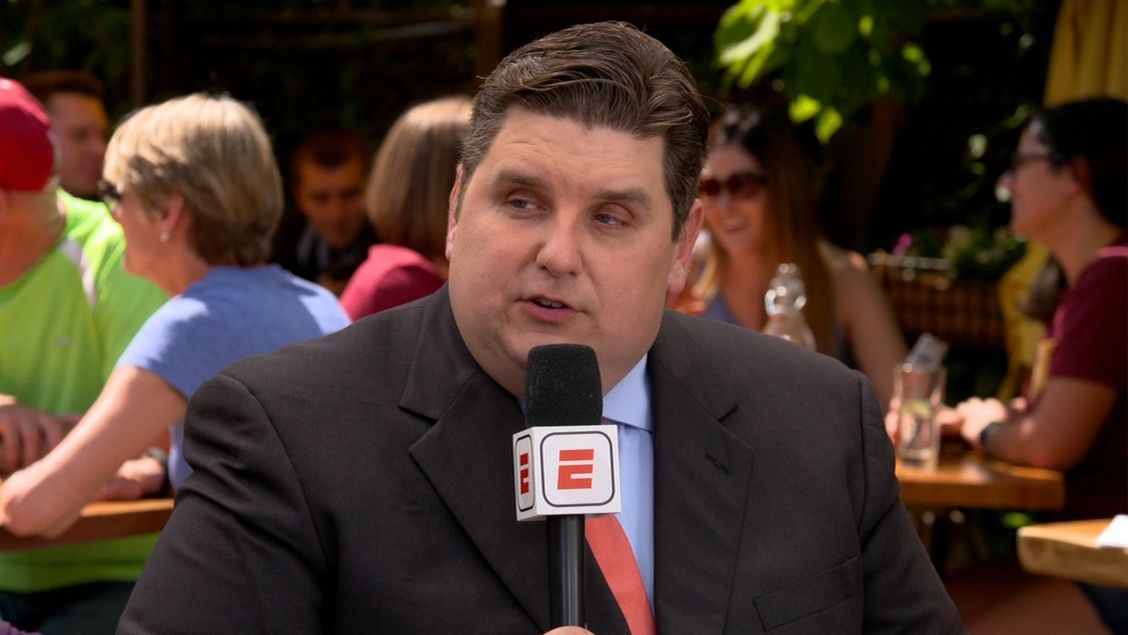 Windhorst: CP3's injury part of the Chris Paul experience
Brian Windhorst says Chris Paul's downside is frequent injuries, and getting hurt in Game 5 could be a "significant moment in NBA history."