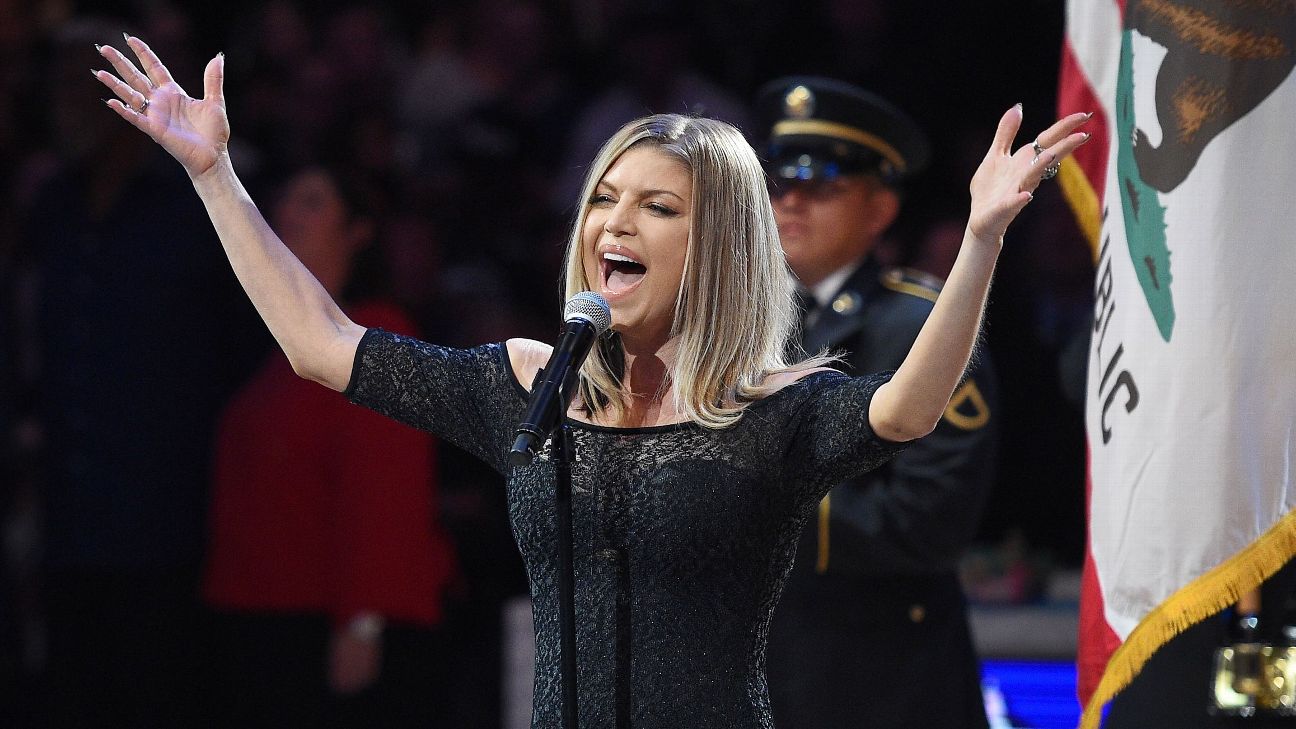 First the Golden State Warriors dunked all over the New York Knicks, outscoring them 47-16 in the fourth quarter en route to a 28-point win. Then they dunked all over pop star Fergie via social media.

It all stems from February's NBA All-Star Game, where the eight-time Grammy Award winner sang a stylized -- and much-criticized -- version of the national anthem. Warriors forward Draymond Green was seen laughing during the performance, and the GIF of his reaction quickly spread on social media.

Fergie issued a statement the next day in which she admitted her performance "didn't strike the intended tone."

That moment was merely an afterthought to the Warriors' third championship season in four years, until Thursday, when actor Josh Duhamel, Fergie's ex-husband, told FS1's Kristine Leahy that he believes Green owes Fergie an apology, saying, "I just thought that, if he would have been a real man, he would have at least called her and said, 'Listen, I'm sorry that I caused all this.'"

Based on the reaction from the Warriors locker room Friday night, it would not seem that an apology is forthcoming. Instead, we have the #FergieRemixChallenge!

The video, posted by Warriors reserve forward Alfonzo McKinnie, shows the team listening to a viral remix of the Fergie anthem rendition that came out in the days following the All-Star Game. Green can be seen in the video dancing along with other Golden State players, includingKevin Durant, Stephen Curry, and DeMarcus Cousins-- who was ejected from Friday's game without playing a single minute.

Duhamel would circle back later Friday night and accept the L - but Green let him know that the genie is out of the bottle on this one.

Hahaha it was never any disrespect to her... But the challenge about to be lit G!