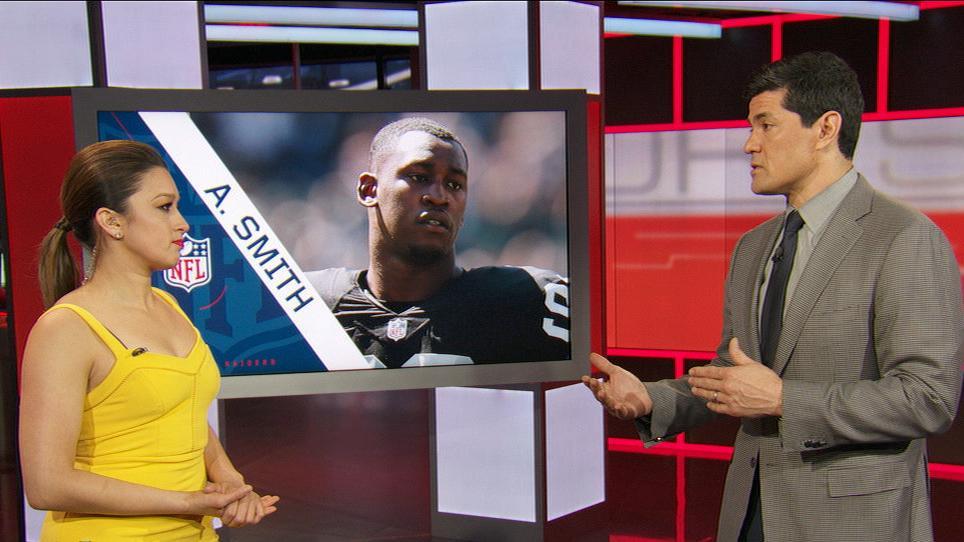 ESPN
The Oakland Raiders have released Aldon Smith after another off-field incident involving the talented but troubled pass-rusher.

The Raiders announced the move in a one-sentence statement Monday, two days after Smith's alleged involvement in a domestic violence incident.

San Francisco police said Monday an arrest warrant has been obtained for Smith stemming from allegations that Smith assaulted a woman on Saturday night. Smith left before police arrived to respond to the 911 call, and authorities are working with Smith's attorney to arrange a time for him to surrender.

Smith's fiancée told TMZ that the former All-Pro has checked into a rehab facility. San Francisco police have sought Smith in connection with the incident, but Smith's fiancée -- who told TMZ she was the victim -- said her parents took him to rehab at his request.

"I wish the best for Aldon. And I'm scared for his life with his addiction. I cannot comment on the altercation, but I can tell you I love him and [am] so happy he turned to my family who considers him family, and hopefully he gets the help he truly needs," Smith's fiancée told TMZ.

Smith, a first-round pick of the San Francisco 49ers in 2011 and a first-team All-Pro in 2012, has had numerous run-ins with the law. He has been arrested on DUI charges multiple times and has previously faced weapons charges, which were later reduced.

Smith played nine games for Oakland in 2015, with seven starts, and had 3.5 sacks. But the NFL, in response to his numerous brushes with the law and violations of the league's substance abuse policy, suspended Smith for a year on Nov. 17, 2015, and has yet to reinstate him.

Smith's contract was set to expire on March 14, but his rights would have remained with Oakland if he were reinstated by the NFL. 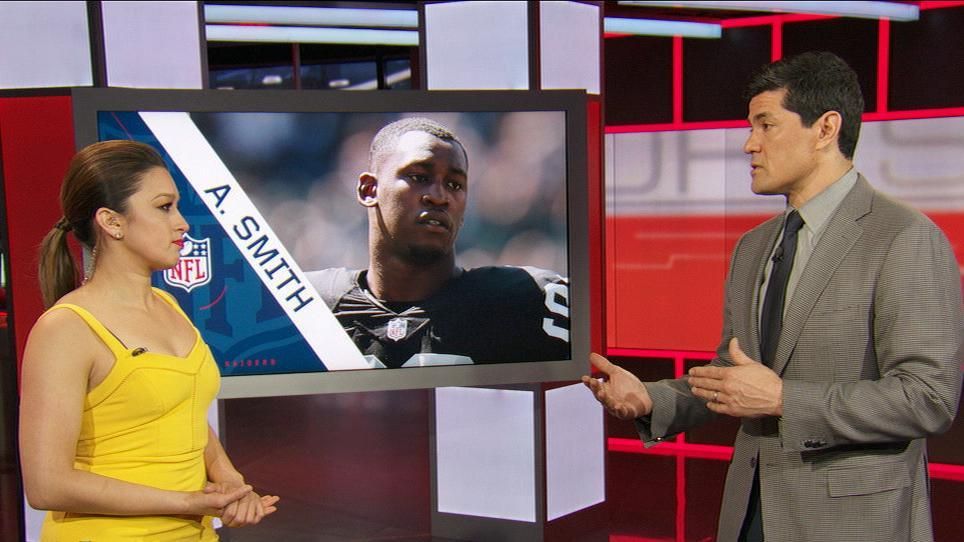