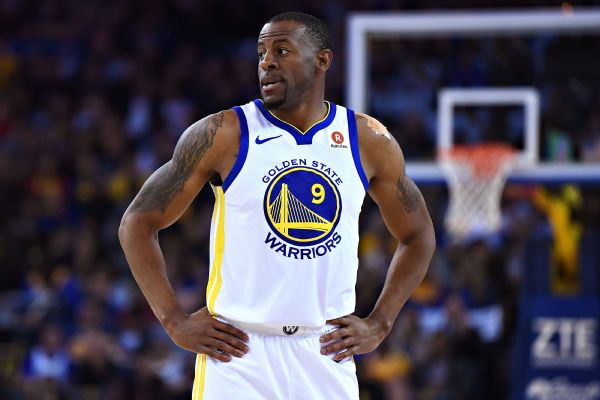 MINNEAPOLIS -- The Golden State Warriors were again missing more than just two-time NBA MVP Stephen Curryon Sunday, with reserves Andre Iguodala, Jordan Bell and David West all out for the game at Minnesota.

Iguodala (sprained left wrist) and Bell (sprained right ankle) each sat for the third straight game, and the short-handed Warriors fell to the Timberwolves 109-103. West (right arm cyst) was on the inactive list for a fourth consecutive game.

Iguodala was originally deemed a game-time decision by coach Steve Kerr but was unable to play.

Another player off the bench, Patrick McCaw, was out for a 10th straight game because of a broken left wrist.

Curry didn't accompany the team on the two-game road trip because of an injured right ankle. Quinn Cook again started in his place.