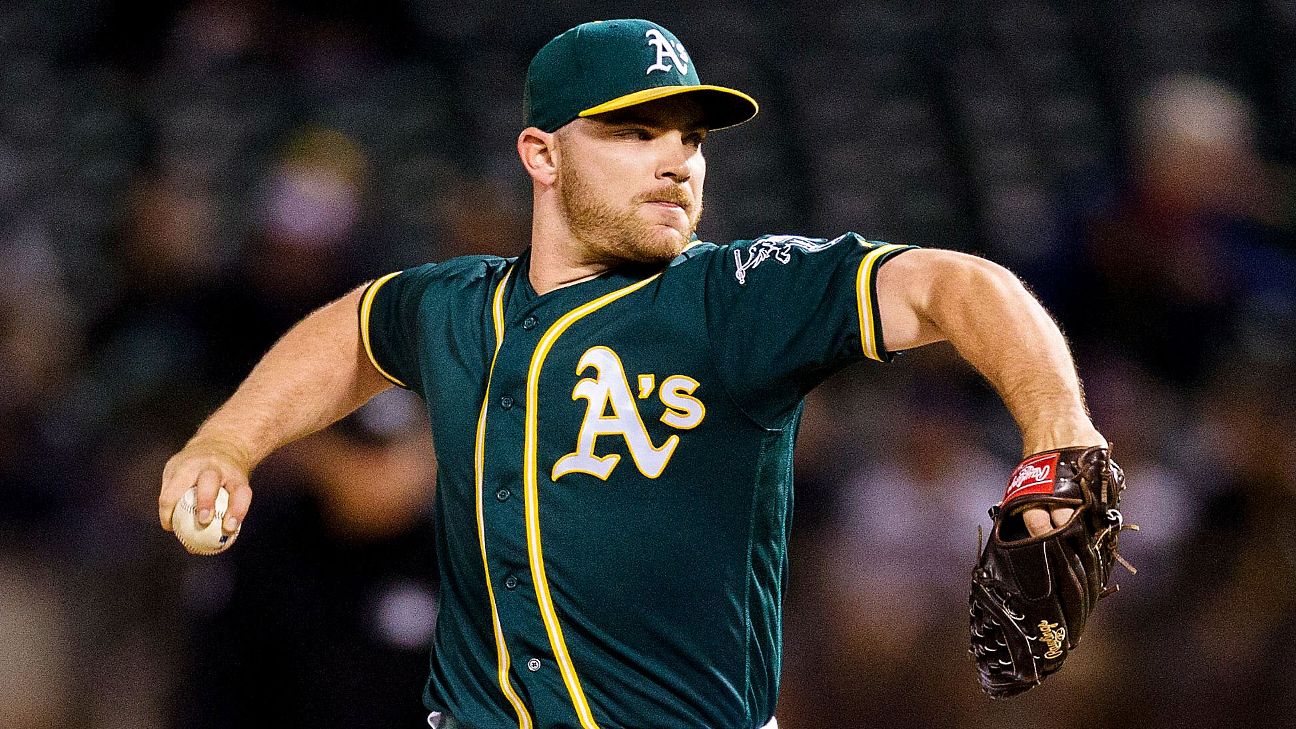 A reliever is going to start a team's postseason opener. A pitcher with no wins in the regular season. A pitcher cut from the 40-man roster in June who spent two months toiling in the minor leagues. A pitcher from Down Under who was happy to get medieval in New York.

New York's Aaron Boone made a more conventional choice for his postseason game as a manager, picking Luis Severino over J.A. Happ and Masahiro Tanaka. Severino created a bullpen night in last year's wild-card game, but not by design, after lasting just one out and leaving with a three-run deficit against theMinnesota Twinsin a game the Yankees rallied to win 8-4.

Oakland manager Bob Melvin has been scrambling because of injuries to starting pitchers Jharel Cotton, Kendall Graveman, Sean Manaea, Paul Blackburn, Andrew Triggs and Daniel Gossett. Yet, the A's finished second in the AL West at 97-65, their best record in 16 years, and their relievers went 45-16, the second-most bullpen wins in big league history behind theTampa Bay Rays' 54 this year.

"There's been a struggle between old-school mentality and sabermetrics, and this is a way to kind of incorporate sabermetrics with effectiveness,'' Oakland closer Blake Treinen said. "You can't say going a starter for seven innings is the best way. You can't say that going an opener is the best way. But this is what's going to work for us, and we're going to ride it out, and we have full faith in whoever makes the decisions.

"I'm excited to see what this game does because it's kind of a first of its kind, and I think we all fully embrace that.''

Yankees reliever Zach Britton, a two-time All-Star reliever when he was with theBaltimore Orioles, said this new method was unfathomable just five years ago. Views started to change when the Chicago Cubs and Cleveland Indians used bullpens in a nontraditional manner during the 2016 postseason. Tampa Bay was 46-38 with regular starters this year and 44-34 when opening with relievers.

"I think the data shows that it's an effective way,'' Britton said. "The hitters, they're not able to get comfortable off a starter. There's a new guy possibly every time you come to the plate. So it's a good strategy, and you know why teams are starting to do it, because it's effective.''

Hendriks, a 29-year-old in his third season with Oakland, started for Minnesota (2011-14) and theKansas City Royals (2014) before the Toronto Blue Jaysconverted him to the bullpen in 2015. He had a 7.36 ERA in 13 relief appearances this season, before he was designated for assignment on June 25 to clear a roster spot for Edwin Jackson. Then 40-38, the A's won their next six games and 11 of 13.

After 21 appearances with Triple-A Nashville, Hendriks was brought back on Sept. 1, when active rosters were expanded to 40 players. As Hendriks was checking into a hotel in Oakland that day, he received a telephone call from A's pitching coach Scott Emerson.

"'By the way, you're going to start today,''' Hendriks recalled Emerson telling him. "I got to the field about an hour later, and it was kind of, 'Yep, we're going to try this opening thing, see how it goes.'''

Hendriks was removed with the score 0-0 after 30 pitches and five outs, and Danny Coulombe allowed atwo-run double to theMariners'Ben Gamel. The A's tied a club record by using nine pitchers in an 8-7 loss to Seattle.

After that, Hendriks pitched seven shutout innings in his last seven starts, allowing four hits. His fastball velocity was 97 mph in September, up 3 mph to 4 mph from earlier this season.

"I think it was a big wake-up call for him, because he hadn't been in that position for quite a while,'' Melvin said of the demotion. "Maybe a little bit more focused in what he's doing now.''

Hendriks received a text from Melvin at 10:58 a.m. Tuesday informing him of the decision for Wednesday's start against the Yankees. The pitcher calls himself an "opener," not a starter, and it's unclear who will follow.

The only starter expected to be on Oakland's roster Wednesday is Jackson. What is clear is that Hendriks will be only the fourth pitcher to commence a postseason game after a regular season of no wins, according to the Elias Sports Bureau.

Virgil Trucks started twice for Detroit in the 1945 World Series after returning from World War II and making one regular-season appearance. Milwaukee's Yovani Gallardo returned from a torn knee ligament in 2008. And St. Louis' Chris Carpenter came back from surgery for thoracic outlet syndrome in 2012.

After arriving in New York, Hendriks went to the Metropolitan Museum of Art on Monday.

"My wife wanted to go see the 'Heavenly Bodies' exhibit, which was incredible, and then I was super ecstatic to see all the medieval armor, because that's what I love,'' he said. "I am reading a book now about the aftermath of the Battle of Hastings in 1066. So it's all about medieval French and English and all of that.'' 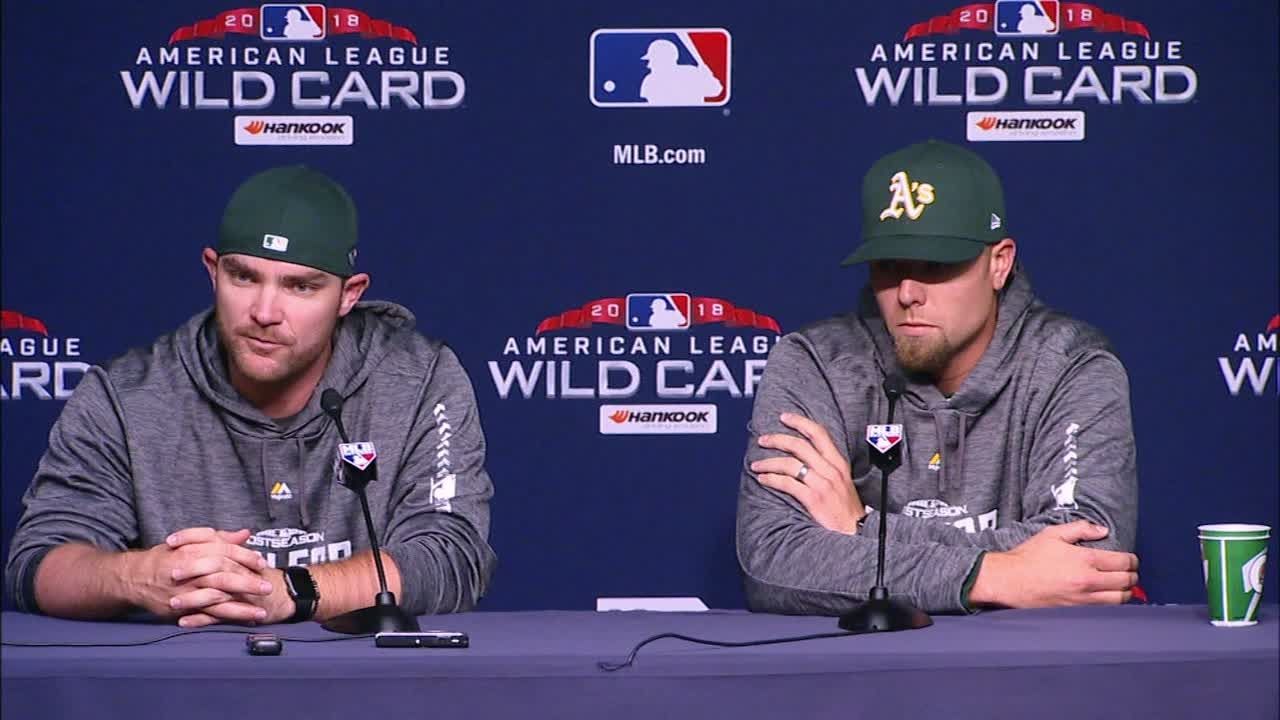