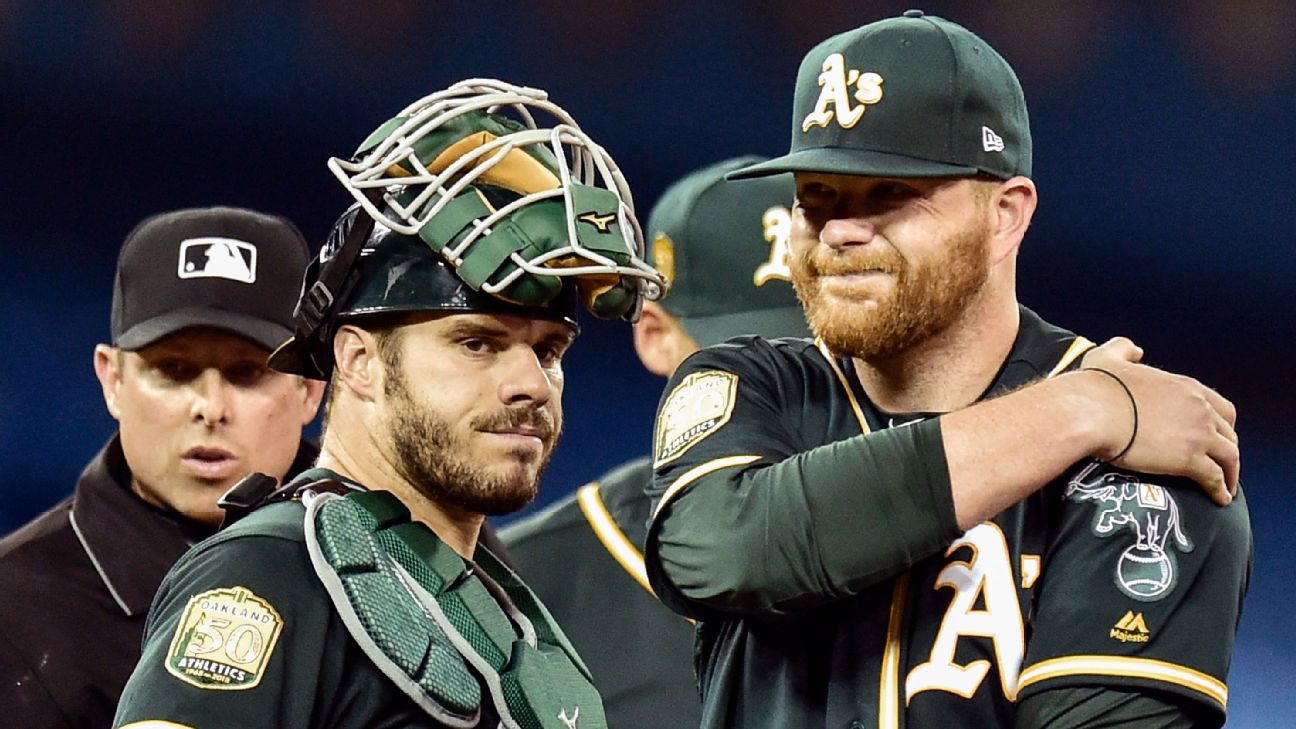 The Oakland Athletics placed left-hander Brett Anderson on the 10-day disabled list Saturday after he was pulled from Friday's game with a strained shoulder.

Anderson threw one inning and 15 pitches in the 3-1 win over the Toronto Blue Jays.

"It's frustrating," Anderson said. "Even though I gave up a couple of hits in the first, my stuff felt good."

The oft-injured Anderson has dealt with back and elbow injuries before, but never a sore shoulder. "It's one of the few body parts I haven't hurt until today," he said.

It was the second straight day that an A's starter was injured early in an appearance. Andrew Triggs went on the 10-day DL with numbness in his right hand Friday after he left Thursday's game in the third inning.

The A's recalled right-hander Ryan Dull from Triple-A Nashville in a corresponding roster move Saturday. He had been sent down the day before.