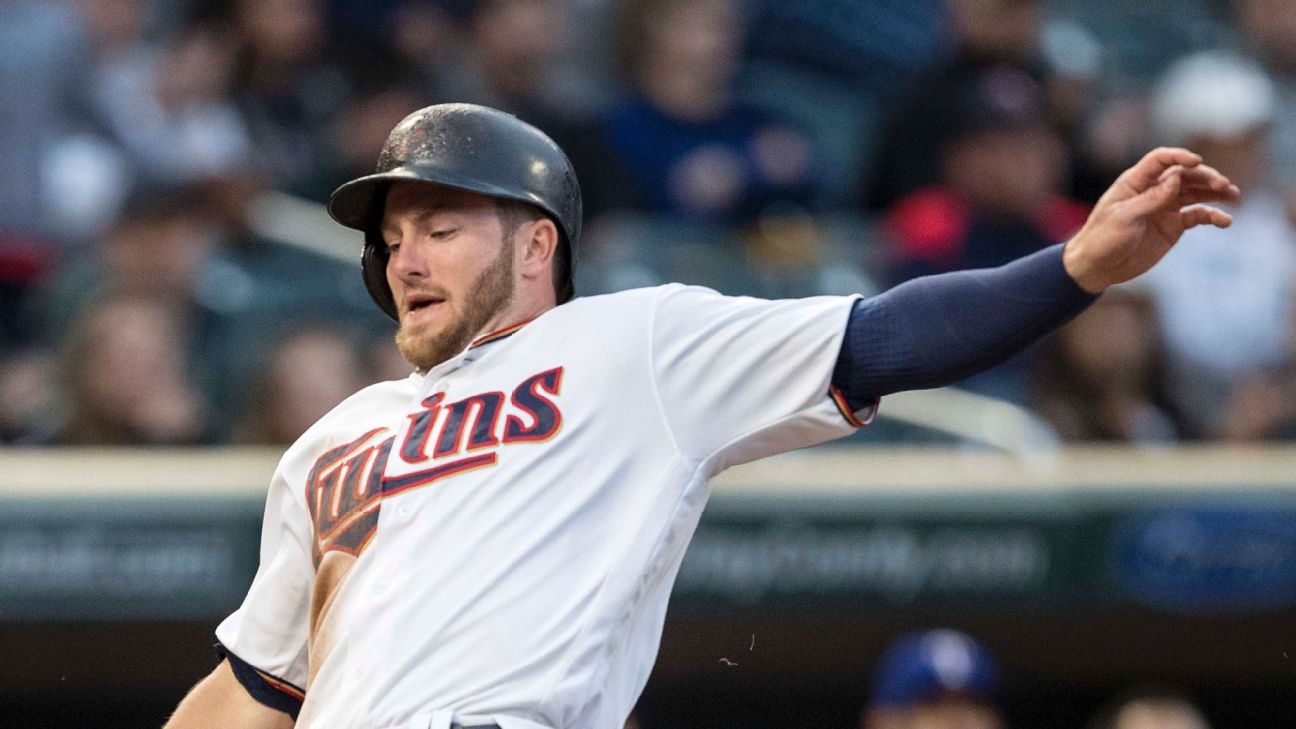 Nick Martini, Stephen Piscotty, and Ramon Laureano are projected to get the majority of playing time in the A's outfield. Oakland manager Bob Melvin said the club would be looking at Grossman as an option in left field.

"Sitting here now, that's probably the spot he'd play more. We have a lot of depth at the outfield position and I don't think that's a bad thing," said Melvin, who called Grossman "a good pick up."

Grossman can earn an additional $200,000 in performance bonuses based on plate appearances: $100,000 each for 500 and 550. He acknowledged he was getting a little anxious waiting at home as camps opened. The A's have their first full squad workout Saturday.

"Being in that situation, it's tough right now, especially how the market is," Grossman said. "I'm excited to land here and excited to be an Oakland A."

Grossman spent the last three seasons with the Twins. He batted .273 with five home runs and 48 RBIs last season.

The Athletics also signed infielder Cliff Pennington to a minor league deal with an invitation to spring training.

Pennington returns to the A's, where he began his big league career in 2008. He has compiled a .242 batting average in 11 seasons with the A's, Diamondbacks, Angels, Reds and Blue Jays.

"He's a guy we've had in this organization and has made himself a versatile player now," Melvin said. "He's a switch-hitter, has been in our organization before, he knows what we're all about here. He was kind of a favorite of mine, too, back in my earlier days here. It's nice to see him back."