Auctioneer open to private sale of Piazza jersey for display 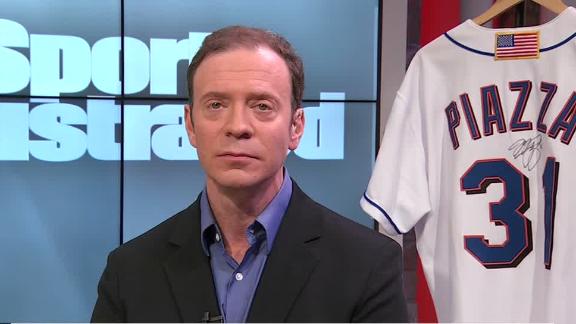 Under pressure from Mike Piazza's family and others to keep the catcher's famous post-Sept. 11 jersey on display, the company auctioning the piece has laid out the circumstances under which a private sale could be worked out to ensure that outcome.

In statement released Wednesday, Goldin Auctions founder Ken Goldin said he would pull the jersey from auction and sell it privately if the buyer promises to display the uniform at the National 9/11 Memorial and Museum in Manhattan, the Baseball Hall of Fame in Cooperstown or the New York Mets Hall of Fame and Museum at Citi Field. Goldin has never pulled an item from auction for private sale, but the outcry over this item has been loud.

"My God, it's not right what is going on here," Piazza's father, Vince, told the New York Post last week. "That thing belongs in the Hall of Fame. It belongs to all the fans of baseball. That home run was so important, not only for New York, but for the entire country. When Mike hit that home run, it lit the whole city up again. The city was dark, and that turned the lights on again. It's a historic home run, and I know how much it means to Mike."

Piazza wore the jersey for the game on Sept. 21, 2001, the first regular-season game played at home by a New York team after the Sept. 11 attacks that killed more than 2,600 people in and around the World Trade Center towers.

On an emotional night, Piazza's two-run home run in the eighth inning gave the Mets a 3-2 lead against the Atlanta Braves. The crowd stood on its feet not only to salute Piazza but also to show joy again by clapping, waving flags and chanting "U-S-A! U-S-A!"

Goldin said in a letter to bidders that he has been in contact with the two museums and the Hall of Fame and "all are very interested in the item." Goldin also said that he would agree to a private sale if the buyer agreed to donate the jersey to the 9/11 memorial in exchange for a charitable tax donation.

If no such private sale can be worked out, however, Goldin says the auction will continue and the winner will not have to display the jersey in New York. The jersey has already garnered 29 bids, with a top bid of $161,000. The auction ends April 30 at the NYY Steakhouse.

"Since our inception, Goldin Auctions has never removed any of the 20,000 items we have listed in an auction for private sale. However due to the historical significance of this item, and its emotional ties to the city of New York we are making an exception," Goldin said in the statement. "But to be fair to our customers, we need to establish a deadline for the private sale."

Goldin said that he has at least five parties interested in a private sale, including SkyBridge Capital founder Anthony Scaramucci.

"They were so close [to completing a deal]," Goldin said, according to the Daily News. "They should get this done for the city of New York."

The jersey has an American flag patch on the back collar and "9-11-01" with American flags sewn on the right sleeve. The jersey is also signed by Piazza, who will be inducted into the Baseball Hall of Fame this summer.

Information from ESPN's Darren Rovell and Adam Rubin was used in this report. 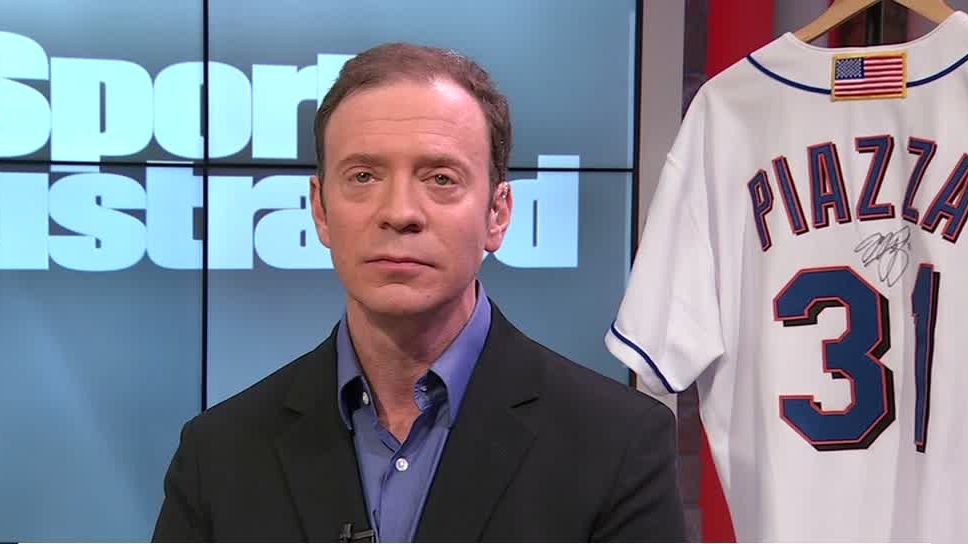