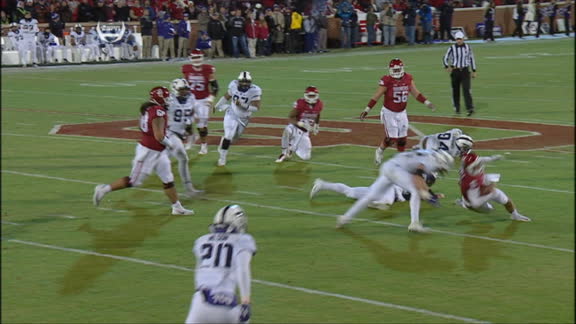 NORMAN, Okla. -- Quarterback Baker Mayfield suffered a head injury during the second quarter of No. 7 Oklahoma's30-29 win Saturday over No. 18 TCU, leaving his status for the Sooners' regular-season finale atOklahoma Statenext weekend unclear.

The Heisman Trophy hopeful took a shot in the back of the helmet from TCU linebacker Ty Summers, who was ejected for targeting. Mayfield stay in the game for the rest of the first half, but was pulled and replaced with Trevor Knight after admitting to doctors during halftime that he had a headache.

Oklahoma coach Bob Stoops said he didn't immediately know if Mayfield would be available to play at Oklahoma State, which lost its first game of the season Saturday toBaylor. The Sooners can clinch the Big 12 title with a victory in Stillwater.

"I sure don't know anything right now," Stoops said. "That'll all be up to our doctors and trainers. But they'll be thorough in checking him."

Mayfield came into the weekend leading active FBS quarterbacks in passing efficiency, with a completion rate of 70.2 percent. In the first half against TCU, he completed 9 of 20 passes for 127 yards and two touchdowns, propelling the Sooners to a 23-7 halftime lead.

After taking the hit, Mayfield appeared shaken up, but remained on the field.

"Our trainers and doctors were constantly with each series every time Baker was off, checking with him, asking him questions, making sure he was OK," Stoops said. "Everything was checking out fine. And then at halftime, they approached him again, wanting to go over some things, and Baker admitted to having a headache. That's when our doctors said we're not going to have him play."

With Mayfield on the sideline, the Oklahoma offense crumbled in the second half, as the Sooners nearly blew a 17-point fourth-quarter lead.

Oklahoma held on only after safety Steven Parker batted down TCU's go-ahead two-point conversion passing attempt in the final seconds.

"Losing Baker hurt us," defensive coordinator Mike Stoops said. "He's our leader. He inspires us all, in a lot of ways." 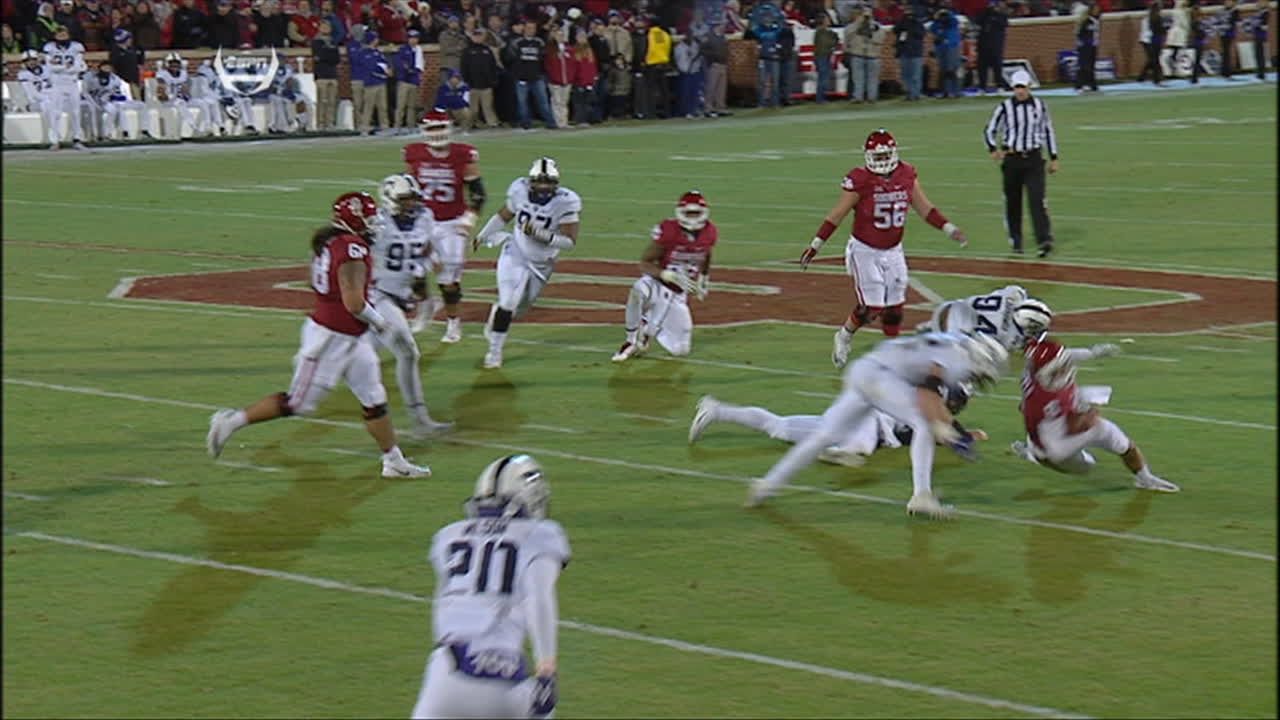