Bills LB Reggie Ragland to have surgery for torn ACL 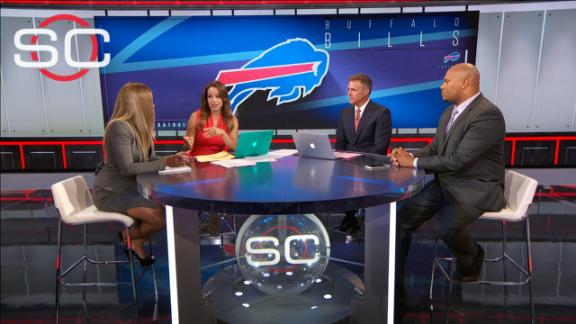 PITTSFORD, N.Y. -- Buffalo Bills rookie linebacker Reggie Ragland will have surgery to repair a torn ACL and is expected to miss the entire 2016 season, the team announced Wednesday.

The Bills will now be without their first-round pick, Shaq Lawson, and their second-round pick, Ragland, as they begin the regular season next month. Lawson, who underwent shoulder surgery in May, is not expected to return until October or later.

Ragland suffered the injury in practice last Friday while pursuing running back Reggie Bush on a play during 11-on-11 drills. Coach Rex Ryan initially said the Bills believed Ragland avoided ligament damage, but he later backed off that statement as the team waited for swelling to go down in Ragland's knee.

General manager Doug Whaley stated after the draft that Lawson, Ragland and third-round pick Adolphus Washington were all expected to start immediately for Buffalo's defense. Fifth-year veteran Zach Brown has taken over Ragland's role with the first-team defense, while IK Enemkpali has filled in for Shaq Lawson during training camp with veteran outside linebacker Manny Lawson also sidelined with a partially torn pectoral. Washington continues to practice with the first team at defensive end.

The Bills also signed veteran inside linebackers Brandon Spikes and David Hawthorne in the wake of Ragland's injury. Both players have run with the second-team defense in practices this week.