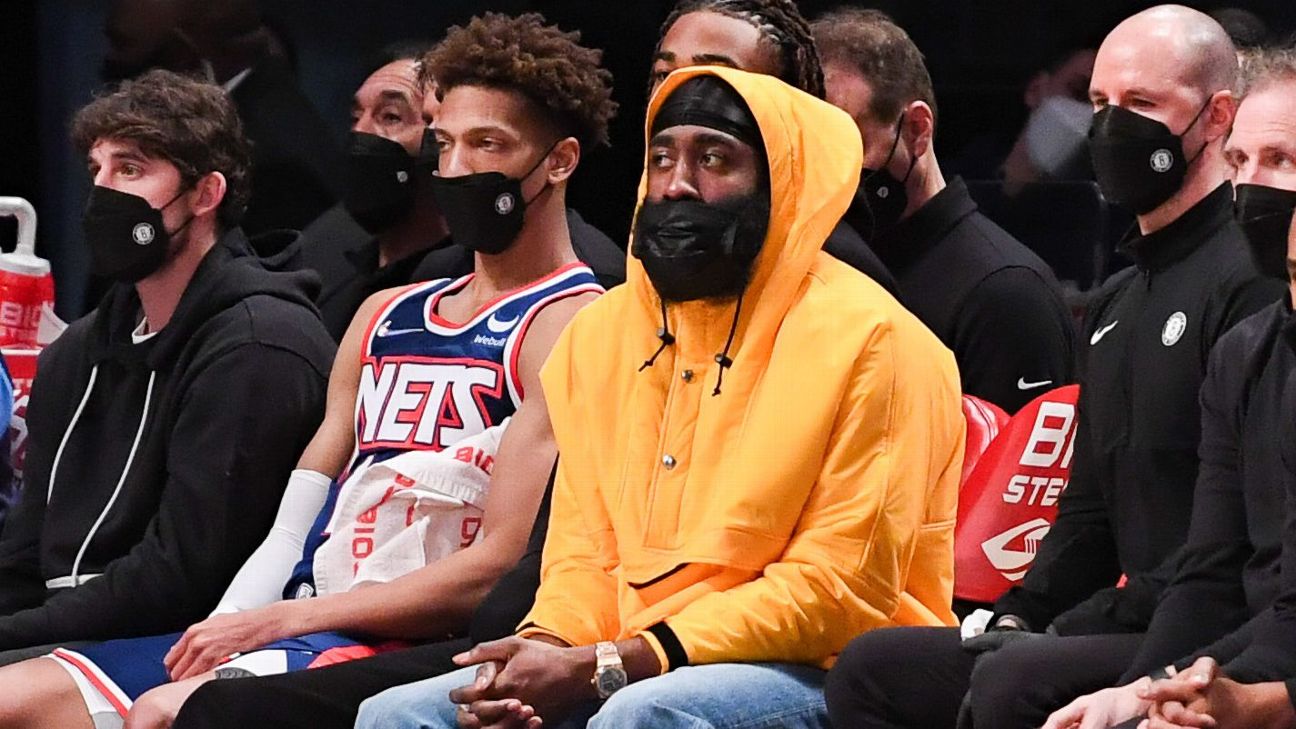 
Harden was a late scratch from the loss Saturday to the Golden State Warriors after waking up with discomfort in his hand. He had an MRI in San Francisco on Saturday that showed irritation, according to Nash.

Nets center LaMarcus Aldridge will not play Tuesday after getting an MRI on his left ankle. Aldridge injured the ankle in the fourth quarter Saturday and left Chase Center in a walking boot.

Nash said Nets star Kevin Durant (sprained MCL) is progressing in his rehab but there still is no timeline for his return. ESPN's Adrian Wojnarowski reportedinitially after the injury that there was optimism within the organization that Durant would be out only four to six weeks.


"I think he's still on the same course," Nash said. "Improving. But we don't have any timelines or anything like that. But he's going in the right direction, clearly."

The same cannot be said for guard Joe Harris, who remains out after ankle surgery. Harris was supposed to be out only four to eight weeks after surgery in late November, but Nash acknowledged last week that Harris has had "setbacks" in his rehab.