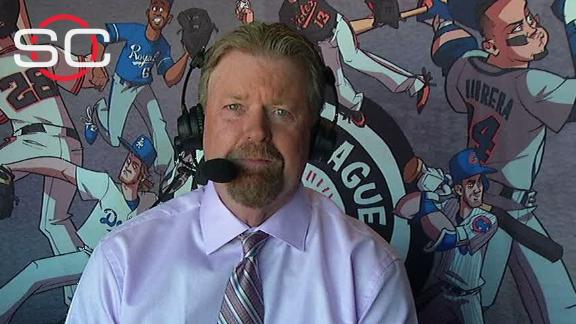 SAN FRANCISCO -- There is widespread agreement on one topic the day after a bench-clearing brawl that led to a six-game suspension for Giants reliever Hunter Strickland and a four-game ban for Washington slugger Bryce Harper.

Whatever beef might exist is about a long-held grudge by Strickland three years after Harper homered off him twice in the playoffs and not between the teams as a whole.

San Francisco manager Bruce Bochy called the fastball that Strickland threw at Harper in the eighth inning Monday "a personal thing" and said he talked to his reliever privately about his actions.

Washington manager Dusty Baker said there is no need for the Nationals to retaliate against the Giants because he believes Strickland was acting on his own.

"I know Bruce Bochy didn't give the command and order," Baker said before Tuesday night's game. "I could tell the way Buster Posey reacted he had nothing to do with it. In our mind, it was not a team act but a selfish act on his part. It's more selfish because he probably won't ever get to come to the plate for there to be any retaliation."

Strickland hit Harper in the hip with a pitch in the eighth inning and the Washington slugger charged the mound, wildly firing his helmet before trading punches to the head with Strickland during the Nationals' 3-0 win Monday at San Francisco.

"You can't really worry about what MLB is going to do because you don't really know," Harper said. "Whatever they say goes and I'm just going to worry about the four games I got and see what I can do."

Each also was fined an undisclosed amount. Major League Baseball said both players planned to appeal, so they were eligible to play in Tuesday night's game between the clubs. Baseball Senior Vice President Joe Garagiola Jr. typically hears player appeals.

"I'm obviously not thrilled about it," Strickland said. "It's their call. We'll go from there. Whatever they ultimately decide, I'll own it and take the responsibility."

Harper was booed loudly before every at-bat Tuesday. He finished the night 0-for-5 with three strikeouts and left eight men on base, the most in a game in his career, according to ESPN Stats & Information. The Nationals won 6-3.

The bad blood stems from a pair of home runs Harper hit off Strickland in the 2014 playoffs, when the Giants went on to capture their third World Series championship in five years.

After the first homer, Strickland said he wasn't afraid of Harper. After the second, Harper stared at Strickland as he rounded the bases.

"It's just crazy that it even happened yesterday after three years to do that," Harper said. "I don't know. I don't know what was going through his mind or how upset he was the past couple of years. If he did have a problem, he could have talked to me about it."

Washington led 2-0 with two outs in the eighth and none on when Strickland drilled Harper on the first pitch -- a 98 mph fastball. Harper immediately pointed his bat at Strickland, yelled at him and took off.

Harper flung his helmet and they began throwing punches, with the 6-foot-4 Strickland clocking Harper in the face. They then broke apart for a moment before squaring off again. Harper punched Strickland in the head as the benches and bullpens emptied.

"Probably only Martin Luther King or Gandhi would have turned the other cheek and not done something reactionary," Baker said.

Giants teammates Michael Morse and Jeff Samardzija collided hard as they tried to get between the two fighters, and Harper said it could have been more serious if that hadn't happened.

"As I was going out there, the first initial reaction is you might get blindsided by one of their players coming in," he said. "I'm kind of thankful that Mikey Mo and Samardzija collided because Samardzija saw blood a little bit, I thought. Very thankful for Mikey Mo."

Morse got the worst of the collision and was placed on the seven-day concussion disabled list Tuesday after he began feeling unwell during batting practice and subsequently flunked the concussion protocol. Bochy said putting him on the DL was a "no brainer."

One player who didn't join Monday's fray was Posey, who stood behind the plate and watched as Harper rushed the mound and then stayed to the edges of the fight.

While much was made on social media about Posey's inaction, Strickland said there was no need for Posey to explain himself.

"I know Buster has our back," Strickland said. "We as a whole group and team, we stick together. That's never a worry of mine."

Harper had his own theory why Posey stayed out of the mix.

"I think a lot of their guys were shocked," Harper said. "Buster was definitely shocked and not looking for that to happen."

Posey said he hasn't paid attention to the hubbub and declined to talk about Monday's game. 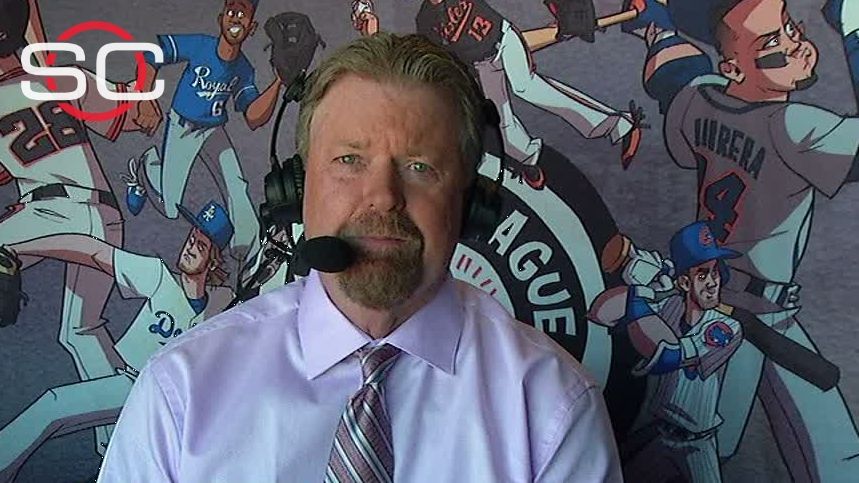 Sutcliffe expected the punishment given to Harper, Strickland
Rick Sutcliffe reacts to the suspensions handed down to Bryce Harper and Hunter Strickland and how Harper's actions earned him more respect in Sutcliffe's eyes.