Clayton Kershaw to start Opening Day for Dodgers vs. Giants 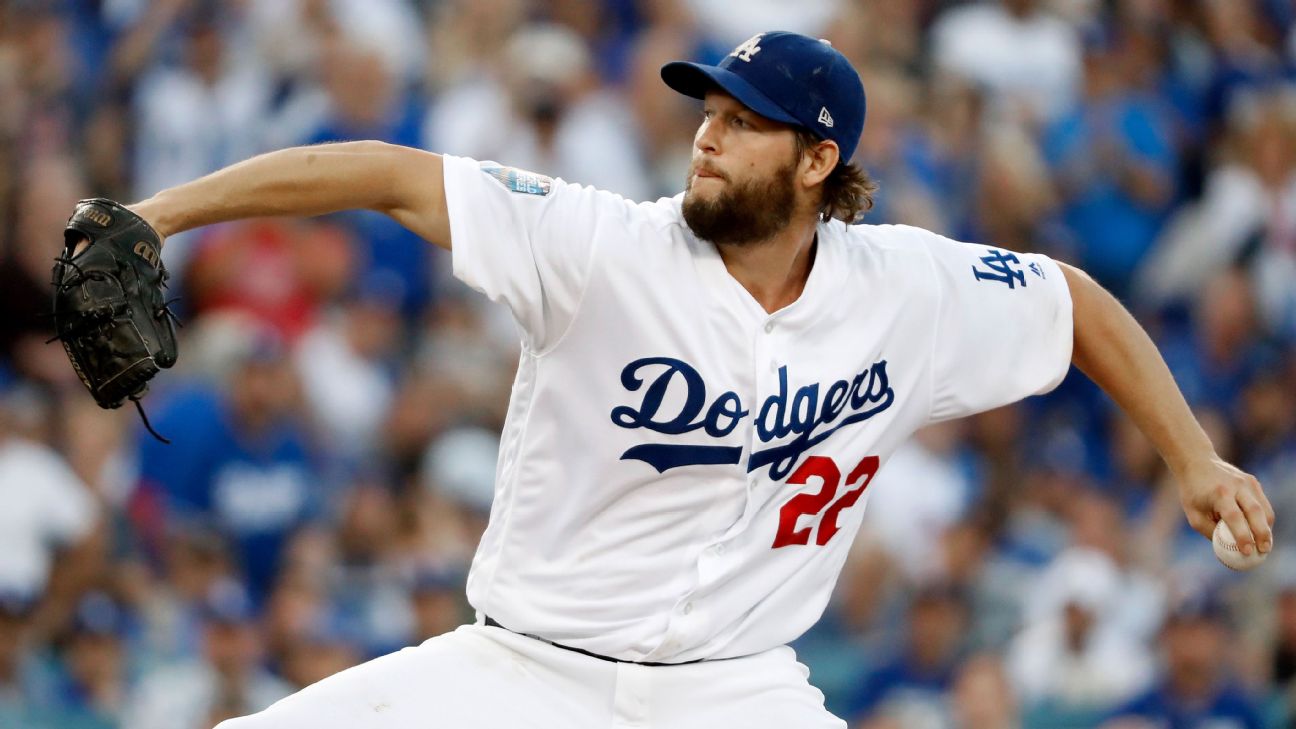 Manager Dave Roberts confirmed his selection in a video conference call. The Dodgers open the 60-game season on July 23 at home against the rival San Francisco Giants. Kershaw was tabbed to start Opening Day against the Giants on March 26 before the season was delayed by the coronavirus pandemic.


The 32-year-old left-hander tossed four innings in the Dodgers' second intrasquad game Monday night. He struck out new teammate Mookie Betts on a called third strike by umpire Bob Geren, the team's bench coach who was working the plate. Kershaw threw another inning in the bullpen.

Kershaw's streak of Opening Day starts ended last year when he began the season on the injured list with left shoulder inflammation. He was replaced by Hyun-Jin Ryu, who signed with Toronto in December.


The team's rotation was upended when new Dodger David Price said he would sit out the season. He was expected to be the No. 3 starter behind Kershaw and Walker Buehler. Julio Urias and Alex Wood were expected to fill out the back end.

Ross Stripling, Dustin May and Tony Gonsolin are among the leading contenders to fill Price's spot.