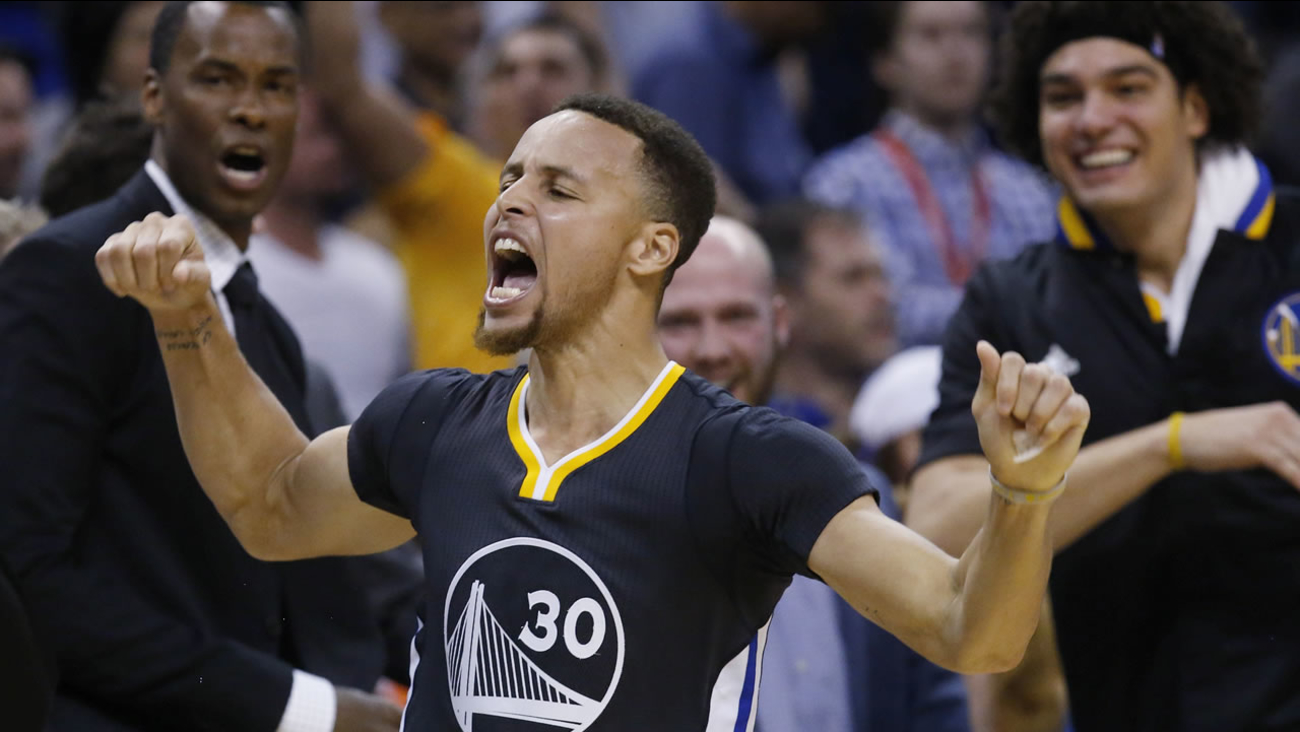 OKLAHOMA CITY (KGO) -- Stephen Curry's 3-pointer from beyond 30 feet with 0.6 seconds left in overtime gave the Golden State Warriors a 121-118 win over the Oklahoma City Thunder on Saturday night.

Curry finished with 46 points as his winning shot was his 12th 3-pointer, tying the NBA single-game record. He also broke his own NBA record for 3s in a season, leaving the new mark at 288.

Curry, the league's scoring leader and reigning MVP, missed about six minutes of the third quarter with a left ankle injury. He drove to the basket and rolled the ankle before Thunder guard Russell Westbrook stepped on it.

Kevin Durant led the Thunder with 37 points, but he fouled out in the first minute of overtime.

The Warriors won the previous meeting with the Thunder 116-108 at home on Feb. 6. The teams play again Thursday at Golden State.

Oklahoma City led by 12 in the fourth quarter, but the Warriors rallied. Klay Thompson made a 3 from the left corner to cut Oklahoma City's lead to 100-99. It was the first 3 of the game for any Warriors player other than Curry.

Thompson quickly scored a layup, then the Thunder turned the ball over, and Andre Iguodala was fouled with 0.7 seconds left. Iguodala made both free throws to tie the score at 103 and force the extra period.

The Golden State Warriors also clinched a playoff spot tonight after the Spurs beat the Rockets 104-94.

Can you imagine watching OKC vs. Golden State in a 7 game series?! It would be this exciting every game. This is what I'm hoping for.

...@StephenCurry30 also has a chance to be the most exciting player ever!