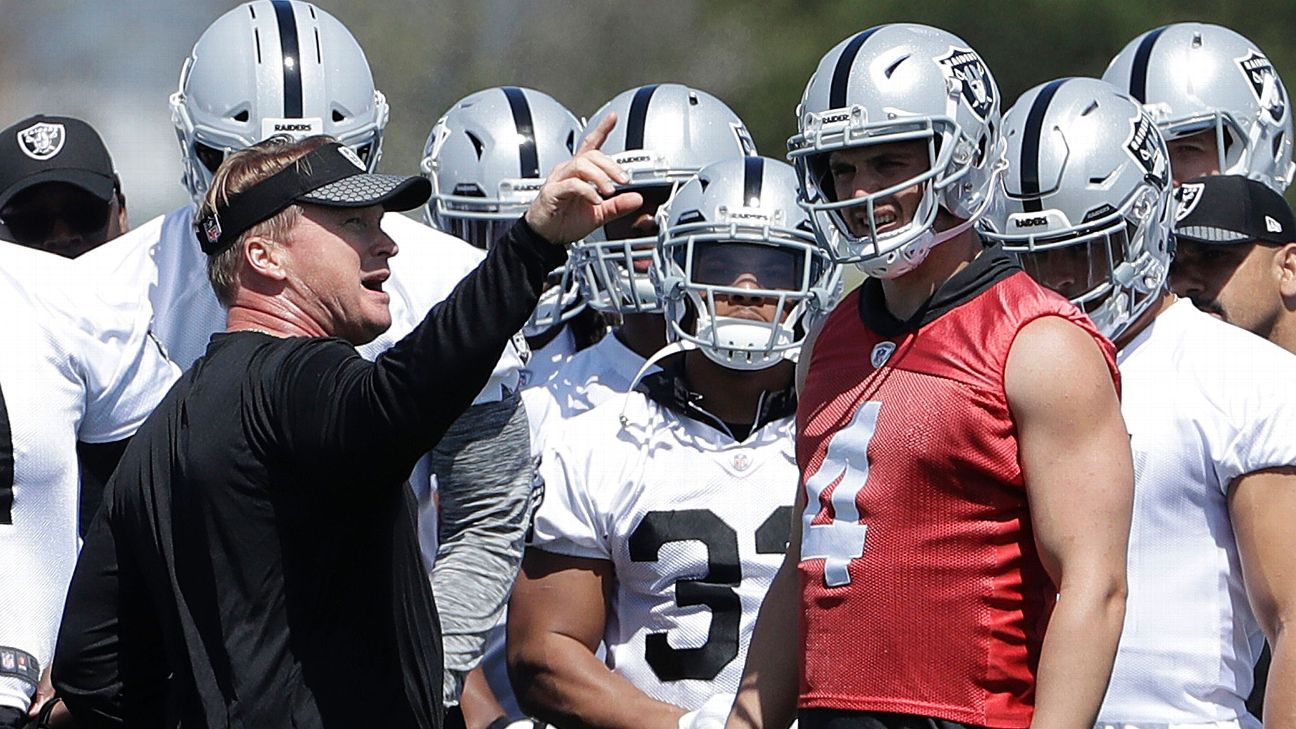 NAPA, Calif. -- While many were wondering how Derek Carr would adjust to the notoriously hard-on-his-quarterbacks Jon Gruden in his return to coaching with the Oakland Raiders, Carr would not have it any other way.

In fact, two weeks into their first training camp together, Carr is grateful that Gruden is in his ear and on his behind.

So grateful, in fact, that he recently thanked Raiders owner Mark Davis for the hire.

"I just said thank you for, you know, for just believing in me," Carr told ESPN after Tuesday's joint practice with the Detroit Lions. "After you let a coach go, it is always tough, because I love coach (Jack) Del Rio, I love coach (Todd) Downing and it's like, 'Dang, man, what's next?'

"So for (Davis) to go get coach Gruden, we have to take the next step and it's like, well, you know, if we had to do it, well thank you for bringing someone in that believes in me, wants to teach me, wants me to be better. So absolutely, man, I thank Mr. Davis and Mr. (Reggie) McKenzie all the time."

Carr, who signed a then-record five-year, $125 million contract extension with the Raiders last offseason after he finished tied for third in NFL MVP voting in 2016, is coming off a down season.

His Total QBR dropped from 54.6 to 47.2 while his touchdown passes dipped from 28 to 22, and his interceptions rose from six to 13. His enduring a fractured pinkie on his throwing hand, a fractured right fibula and three broken bones in his back in less than 12 months time had something to do with it.

Enter Gruden, who left ESPN's "Monday Night Football" booth after nine seasons to coach the Raiders. And the ensuing questions about how Carr would react to a grinding from Gruden.

Carr said their relationship is "absolutely amazing" and still growing.

"The way he demands from me, he gets after me, just like he gets after everybody else," Carr said. "If I screw up, he lets me know it, in front of everybody. And it just makes an openness about our team... there's no secrets, man. If I screwed it up, I screwed it up, no problem. But at the same time, he is the same guy telling each and every one of his players -- you will catch him just after practice, if you just watch him -- if he yelled at someone, he is going to go grab them, 'Man, I love you, man, the reason I am getting after you is because I see this and this in you,' and so anybody who has played for him, anyone who knows him, they want to run through a brick wall for the guy."

Said Gruden: "It all starts with No. 4. He has set a real tone here behind the scenes in terms of his desire. He is working. He's working, man. He's all business. He has a cannon and he understands what he's doing. There's not a lot we can't do systematically with him.

"We have to make sure Kolton Miller, the young receivers, the new tight ends, everybody is up to the same speed. I think they're excited about the possibilities with Derek Carr having some freedom at the line of scrimmage."

Carr represents the first in-his-prime franchise quarterback Gruden has ever had in his coaching career, which began in 1998 with Oakland and included turning Rich Gannon from a journeyman backup into a Pro Bowler and, eventually, a league MVP.

It was after Gannon's first meeting with Gruden when they were at lunch at a Mexican restaurant when Gruden asked Gannon if he had plans for that night. Gannon did not.

"So we stopped at a convenience store," Gannon said, "got a can of Copenhagen and a six-pack of beer -- it wasn't something fancy, pretty sure it was Coors Light -- and went back to the facility and watched tape."

Carr's first interaction with Gruden as his coach?

Part of that is dealing with Gruden's decidedly old-school coaching mentality. Gruden has been showing the Raiders grainy tapes of all-time greats.

"Some 'Crazy Legs' guy practicing hard, it was practice film, some dude in the '50s," Carr said, launching frantic Google searches for Elroy Hirsch. "I said, 'How do you even get this stuff, like where does this come from?'

"But, you know, to put his point across, man, he shows some of the greats that people do not talk about. That is how much he loves football. We joke all of the time, I said, 'I do not think there is one play in football history he has not seen.' I think he had watched all of them on film and to have a coach with that much dedication, that much care for his players, the reason he is doing it is because he wants his players to see something, to be inspired to go, 'I want to practice like that or I want to look like that on film,' so the way he gets his points across to us, especially to the veteran players, man, it is awesome." 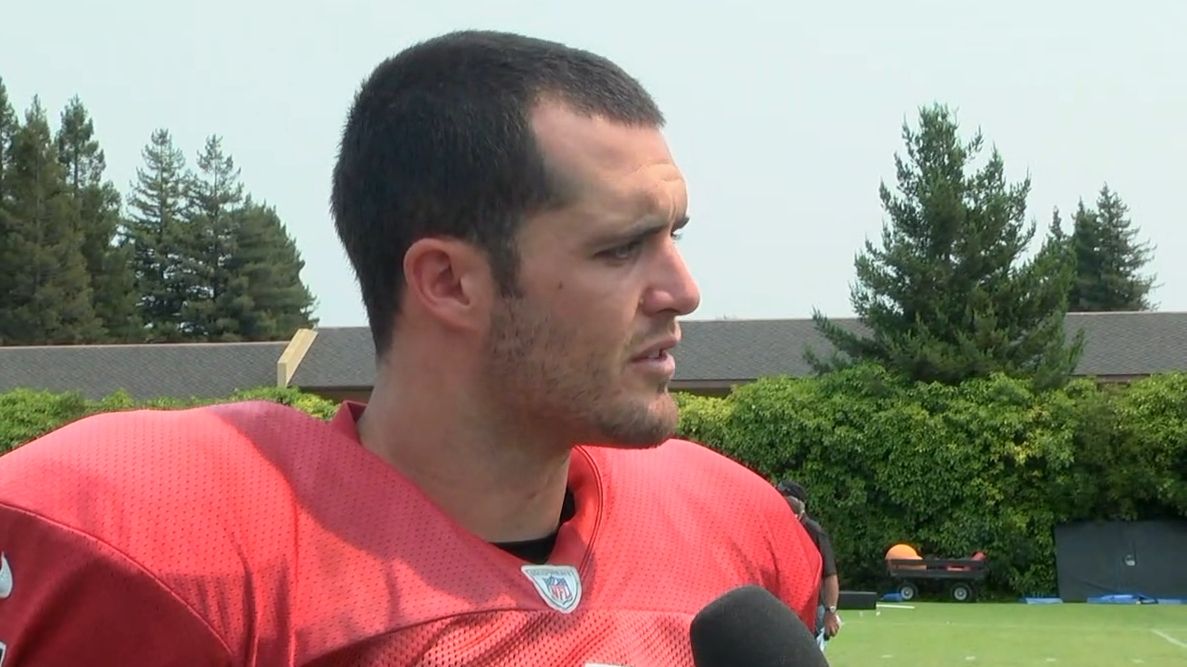