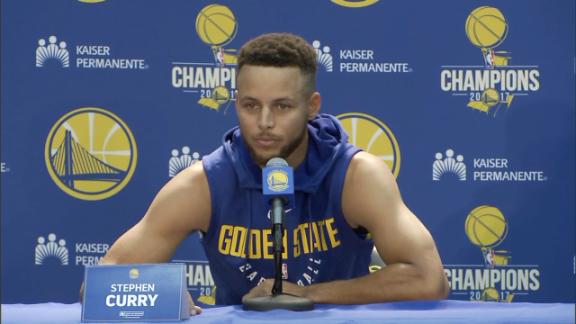 ESPN
Stephen Curry said his beliefs were "cemented even further about how things in our country are going" after President Donald Trump tweeted Saturday morning that the Golden State Warriors are not welcome at the White House to celebrate their 2017 NBA championship.

"My stance is the same as it was [Friday]," Curry said Saturday. "And even kind of cemented even further about how things in our country are going, especially with [Trump] representing us in a very damaging way.

"I don't know why he feels the need to target certain individuals rather than others. I have an idea of why, but it's kind of beneath a leader of a country to go that route. That's not what leaders do."

On Friday, Curry said he would vote no if the team were invited to the White House. TeammateKevin Durant previously told ESPN that he would not go. Warriors owner Joe Lacob told ESPN on Friday that he planned to meet with the team Saturday morning before its first practice to discuss the issue and that the White House was aware of the timeline.

President Trump made his message clear Saturday morning on Twitter before that meeting could happen.

Curry, who said he woke up Saturday to 20 text messages after Trump's tweet, said it was "surreal" that the president would tweet what he did.

Warriors general manager Bob Myers told ESPN that he had several conversations with a senior White House official in recent weeks, which he described as "working together to see if we could find a way to do it," with the understanding that the team and organization needed to meet before any decision was made. Myers described it as an "overture" from the White House rather than a formal invitation.

Warriors coach Steve Kerr, who has been openly critical of Trump and his administration on multiple occasions, said the team probably wouldn't have gone had it been extended an invitation.

"We would, in normal times, very easily be able to set aside political differences and go visit and have a great time," Kerr said. "That'll be awesome. But these are not ordinary times. Probably the most divisive times in my life, I guess, since Vietnam.

"Because of the differences that exist in the country, the president made it really, really difficult for us to honor that institution. Our differences in terms of our team and organization's values are so dramatically different. I'm talking in terms of inclusion, civil discourse and dignity. It's hard for us. Every day we're seeing the things he's saying."

The Warriors released a statement Saturday afternoon confirming their intention to meet as a team at the "first opportunity" to discuss a potential White House visit but said "we accept that President Trump has made it clear that we are not invited."

The Warriors will travel to Washington, D.C., to play theWizardson Feb. 28.

NBA commissioner Adam Silver released a statement on Saturday regarding the Warriors not being invited to the White House.

"I was in favor of the team visiting the White House and thought it was a rare opportunity for these players to share their views directly with the President. I am disappointed that that will not happen," Silver said. "More importantly, I am proud of our players for taking an active role in their communities and continuing to speak out on critically important issues."

The National Basketball Players Association also issued a statement, saying that it "defends its members' exercise of their free speech rights against those who would seek to stifle them. The celebration of free expression -- not condemnation -- is what truly makes America great."

James later expanded on his thoughts in a video posted on UNINTERRUPTED, saying in part: "He's now using sports as the platform to try to divide us. We all know how much sports brings us together. ... It's not something I can be quiet about.''

The New Orleans Pelicans, in a joint statement Sunday with theNew Orleans Saints, said in part, "Our organization takes great pride in equality and inclusion and find the comments by the President disappointing and inappropriate relative to our players on this issue.

"We prefer to take this moment in time and work together, all of us, to stop the divisiveness."

The tradition of inviting championship teams to the White House has varied with each administration, but it is generally offered by the president during a congratulatory call to a coach or owner soon after the NBA Finals. From there, the league office acts as a liaison with the White House to help schedule the visit.

Information from ESPN's Ramona Shelburne and Chris Haynes and The Associated Press was used in this report. 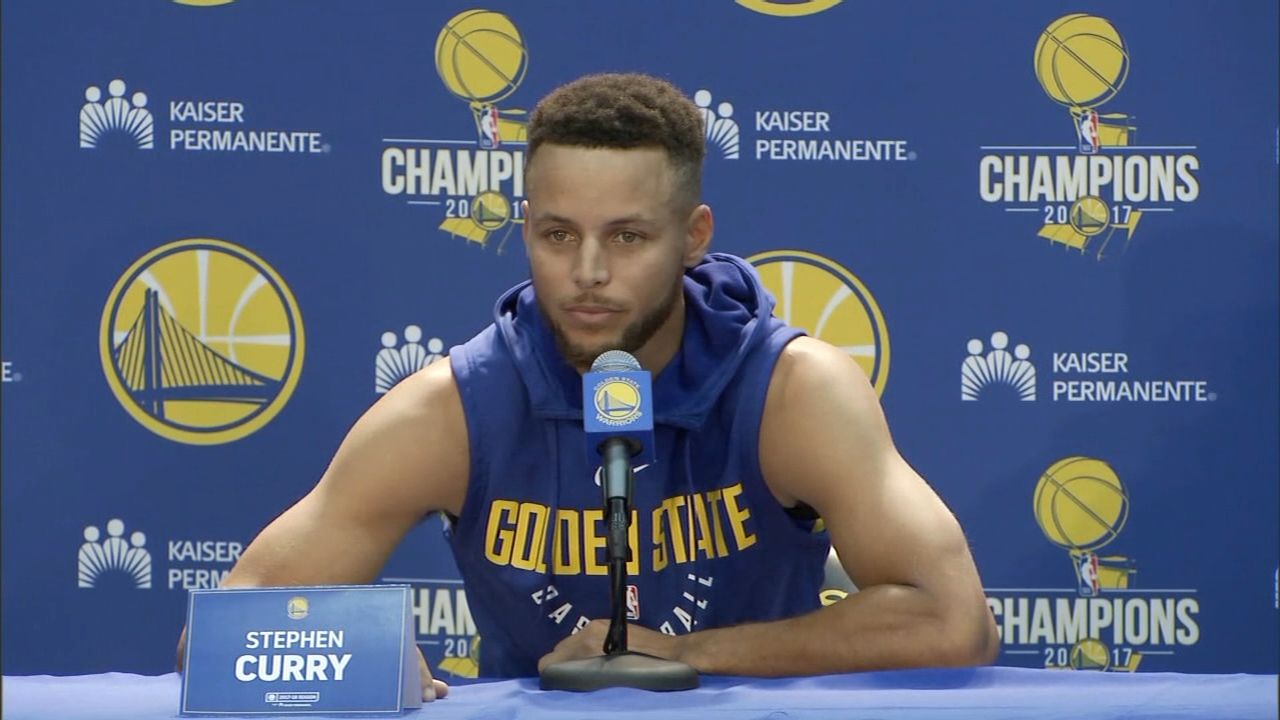