Drake shows off basketball skills while hooping at his Toronto mansion 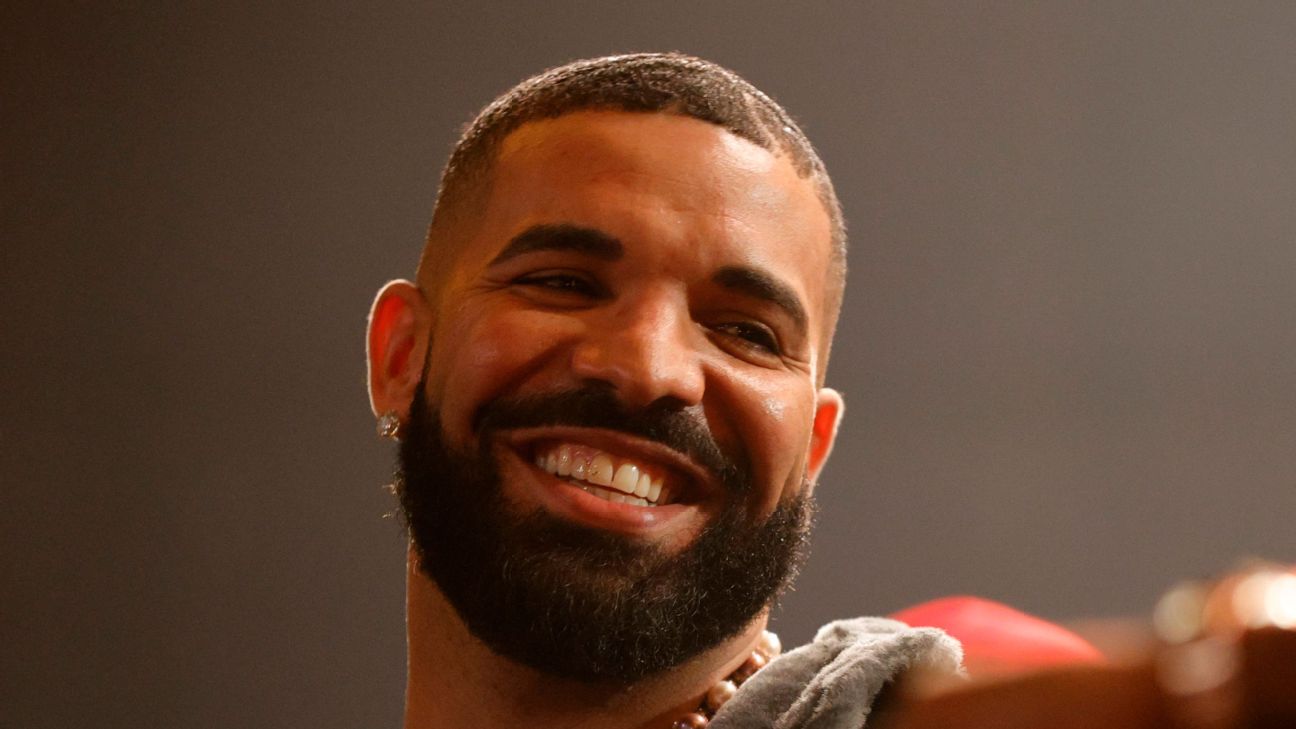 Grammy Award-winning artist Drake is an avid fan of all things hoops. He's a diehard Toronto Raptors fan and is also the global ambassador for the team. He's rubbed shoulders with some of the NBA's elite like Stephen Curry, Kevin Durant and LeBron James.

His activity on the court has been on display throughout the years as well. One of his more notable moments came in 2014 when he shot an airball while warming up with the Kentucky Wildcats men's basketball team. He was also seen air mailing another shot in a 1-on-1 game against fellow Canada native and music artist Tory Lanez in 2021.


It looks like the "6 God" has improved his abilities immensely since.

On Tuesday, Drake's friend and content creator, Smilez, posted a compilation of videos to his Instagram story showing the "Certified Lover Boy" artist cashing in on multiple jump shots. From fadeaways to 3-point shots, it looked like everything was falling for the 35-year-old musician. He was playing in a pickup game at his Kobe Bryant-themed court located in his Toronto mansion.

Smilez even mentioned Golden State Warriors stars Curry and Klay Thompson in a clip of Drake draining a 3-ball. According to Smilez, he and the Canadian-born rapper are in the same league in terms of shot-making from 3-point land.


Curry and Thompson are preparing for a potential sweep against the Dallas Mavericks Tuesday night, so Drake can witness more exceptional range from the Splash Bros. 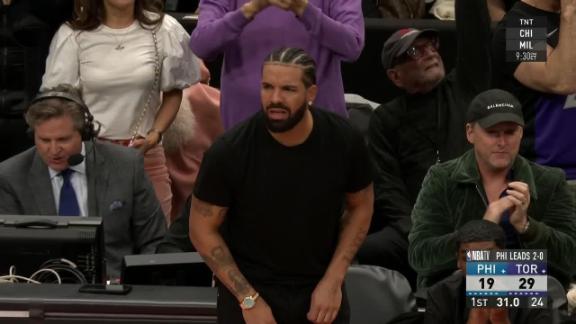 Drake hyped after Anunoby 3
Drake is hyped after OG Anunoby knocks down the Raptors' 3-pointer with less than a minute to go in the 1st quarter. 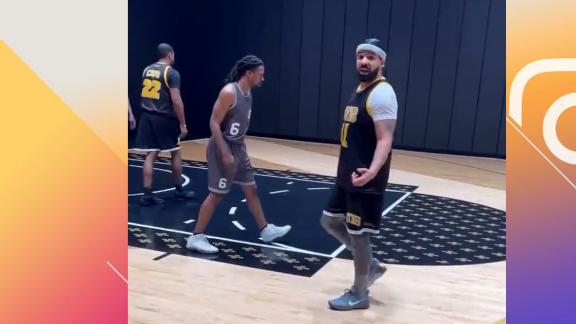