OAKLAND, Calif. -- Golden State Warriors forward Draymond Green had a message for Charles Barkley following Tuesday night's Game 2 win over the New Orleans Pelicans in the Western Conference semifinals: If you want a piece of me -- come and get it.

In the midst of an exchange on the game telecast on TNT, Barkley said. "I just want somebody to punch him in the face," as the broadcast crew watched highlights of Green and Pelicans point guard Rajon Rondo get in each other's face at the close of the first half.

Green, the outspoken defensive player of the year, pulled no punches in his commentary when Barkley's comments were relayed to him after the game.

"He's seen me a bunch of times. Punch me in the face when you see me, or if not, no one cares what you would have done. You're old and it is what it is. You ain't going to punch me when you see me, then stop talking about it, period."

Green proceeded to drop the mic amidst some laughter from the assembled media. After Green left the podium, he expounded on his comments to The Athletic's Tim Kawakami.

"I think it's pretty sad," Green told The Athletic. "It's probably something that needs to ... when you look at the president of TNT, David Levy, which I know well, it's kind of embarrassing on their behalf ... I'm an employee of the NBA, he's an employee of TNT. And you have your biggest sponsor, one of the faces of that company, saying that on national television. That's embarrassing for them. So that's something -- a problem that they have."

For his part, Green has played some of his best basketball of the season. He has 36 points, 24 rebounds and 23 assists over the first two games of this series -- both Warriors victories. 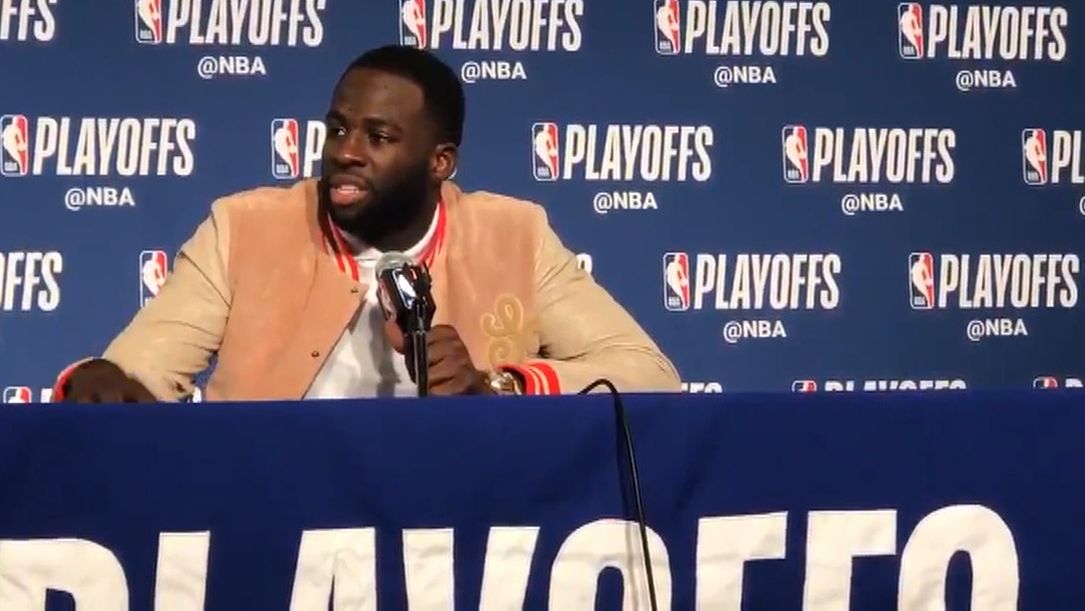