Draymond Green says Warriors 'at our best when we feel threatened' 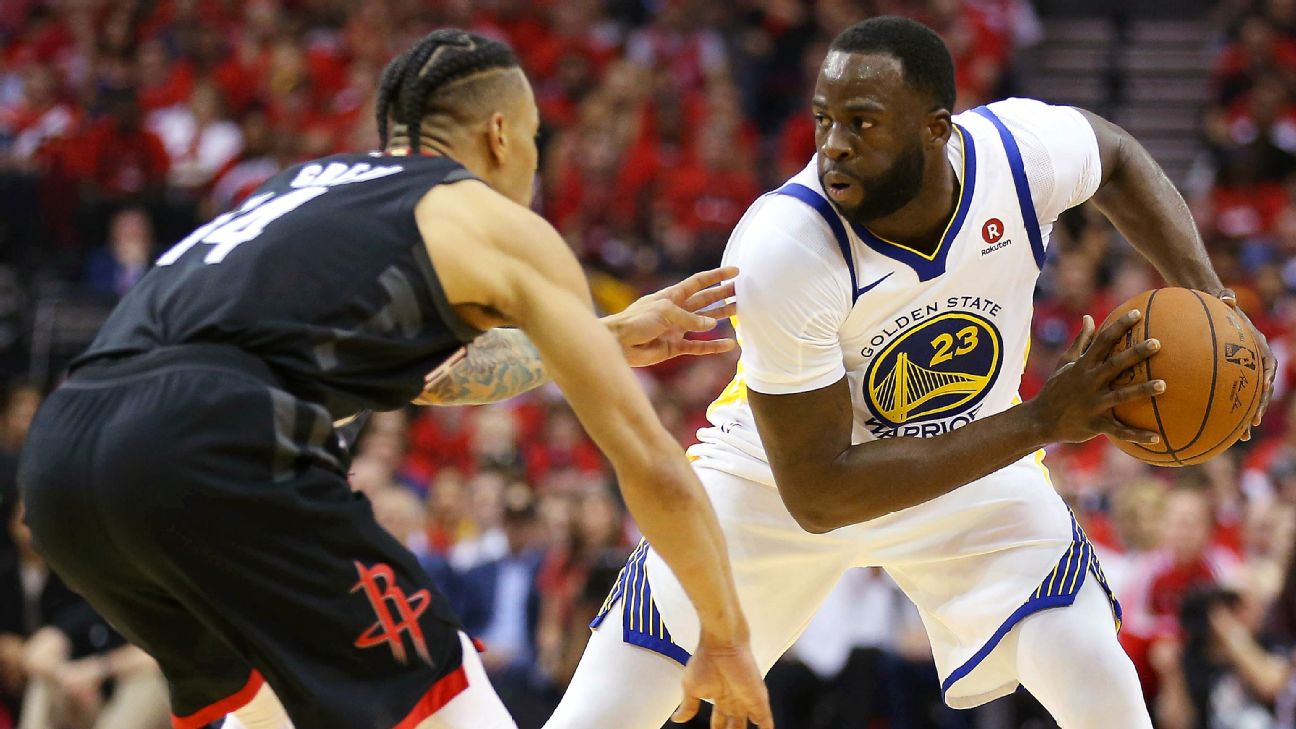 OAKLAND, Calif. -- After the Golden State Warriors suffered a 22-point blowout loss to theHouston Rocketsin Game 2 of the Western Conference finals, Draymond Green said he expects his team to have an edge heading into Game 3 on Sunday.

"I think we're at our best when we feel threatened," Green said following practice on Saturday. "Game 1, we felt threatened, we came out with a sense of urgency. Game 2, we didn't feel as threatened, and the sense of urgency wasn't there. I think you're allowed one of those a series. We've had our one, and now it's time to lock in for the rest of the series."

Klay Thompson explained why the Warriors are so tough when they feel threatened.

"When we have our backs against the wall -- I don't think they're against the wall right now, but when we're threatened ... we just play with a great urgency and hustle," he said. "You add in our shooting and our talent, that's a great combination right there."

Thompson produced 28 points in the series opener and eight points in Game 2. He is confident his latest performance was an anomaly.

Golden State took the first game of the series, but it struggled on both ends of the floor in the sequel:Kevin Durant was the only Warrior who scored 17 or more points in Game 2, and as a team, the Warriors gave up a whopping 127 points.

"They scored more," Warriors coach Steve Kerr said, "which meant they got their defense set up more, and they were angry because they lost Game 1, and we were really comfortable because we won Game 1, and they kicked our ass. Simple enough.

"Pretty good chance both teams are going to come out fighting tomorrow, and we'll see a great game, and we're pretty confident that we're going to play a lot better."

Stephen Curry is being heavily targeted on defense, and he's shooting only 2-of-13 from beyond the arc over the two contests. His high thus far is 18 points.

"We can't help Steph get going. Steph got to help himself," Green said. "You don't need any of us to create looks for him or anything like that. He's going to do that himself, and we know he will."

The Warriors' message all postseason has been "playing with force," but it has been preached all the more so by both organizations over the past couple of days.

The Warriors are undefeated (15-0) at home in the playoffs since the start of the 2017 postseason. They're hoping that trend continues in the next two games at Oracle Arena.

"Yeah, we're all very eager to get back on that court tomorrow," Thompson said. "We've all been going very hard at practice. We're ready. It's going to be a great Game 3." 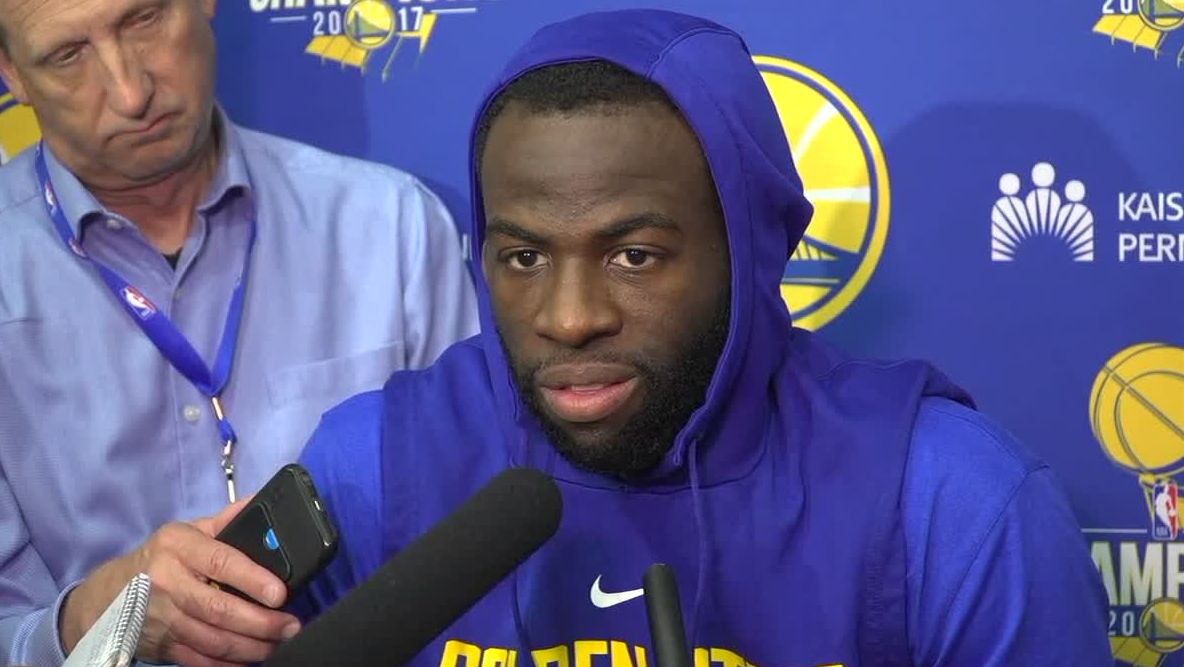 Draymond: Warriors best when 'feel threatened'
Draymond Green says for Game 1, the Warriors felt threatened and played with a sense of urgency, but the vibe changed for Game 2.