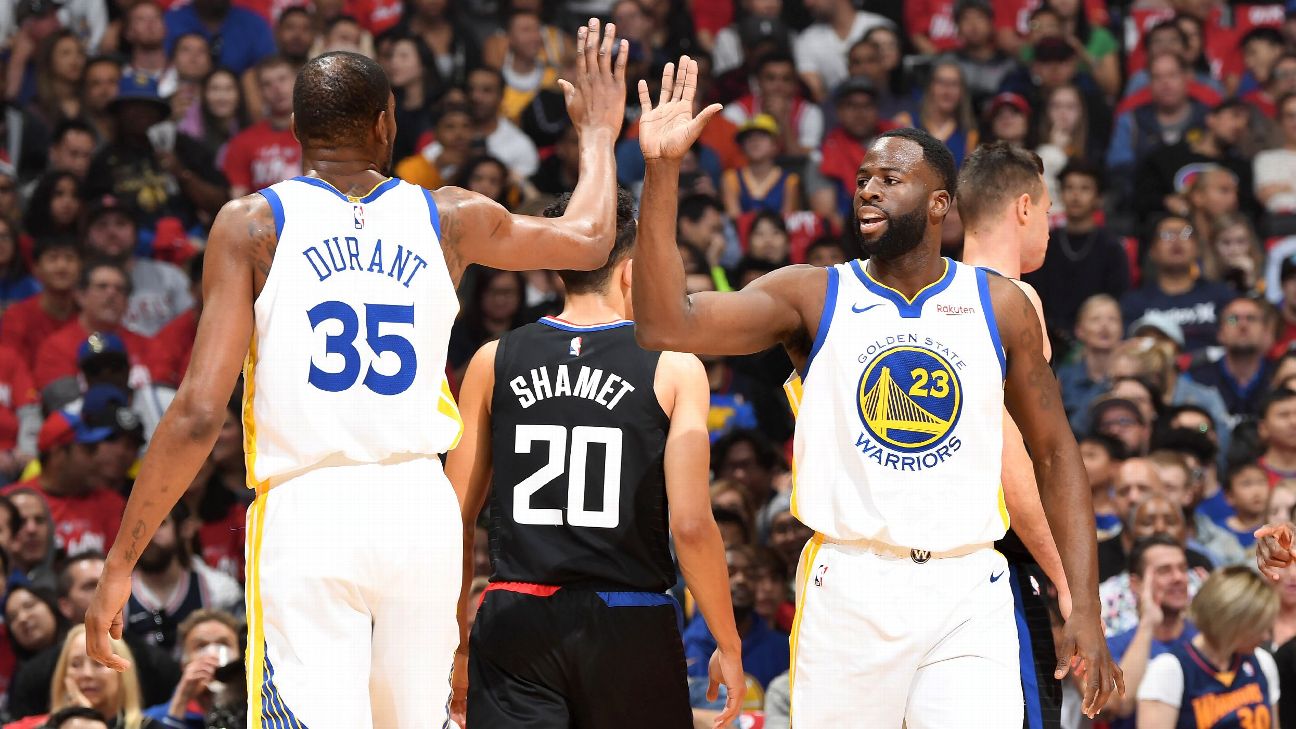 Durant hasn't played since injuring his right calf in Game 5 of the conference semifinals on May 8, but Green singled out Durant as the reason the organization has been able to go to another level over the past three seasons and now sits on the precipice of winning its third straight NBA championship.

"There's been so much talk about how, 'Oh, they're the Warriors. Before Kevin got there they were great.' Bulls---," Green told ESPN. "We was damn good. I think we were a very good team who was tough to beat. I think when Kevin came here, he made us unbeatable. WhenDeMarcus [Cousins] came here, it made people scratch their head even more. And so we need those guys. The next series is going to be tough, and I hope and pray that we can get him back."

The Warriors remain cautiously optimistic that Durant, who is scheduled to be reevaluated later this week, will be able to return for the NBA Finals, but the Warriors remain vague on an exact return because they want to make sure Durant continues to respond well to treatment.

Green was vocal prior to Monday's Game 4 in Portland that the Warriors were motivated to close out the series because it would allow Durant and Cousins more time to recover. Cousins has been sidelined since tearing his right quad in Game 2 of the first round against theLA Clipperson April 15. Durant would have nine full days of recovery in advance of Game 1 of the NBA Finals, scheduled for May 30, at theMilwaukee Bucks or Toronto Raptors. The extra rest also allows Andre Iguodala, who missed Monday's contest because of a left calf injury, more time to heal.

"Our goal is obviously to get all three of those guys back," Green said. "We know we're a good team with who we have, but those guys make us great and almost unbeatable. And we know we need [Durant]."

The Warriors have praised Durant repeatedly throughout the postseason, especially in the wake of his injury. He averaged 34.2 points, 5.2 rebounds and 4.9 assists in the playoffs prior to getting hurt. In order to win a third straight NBA championship, Warriors players and coaches reiterated that they're going to need him to finish the job.

"It's very special, go five straight [to the NBA Finals]; it obviously hasn't been done since the '60s," Warriors swingman Klay Thompson told ESPN. "We're aware that it's pretty amazing. It's nice that we've won with enough time to try and get K back, because we desperately need him. And I think everyone knows there's a couple matchups for next series that will be huge to have him fully healthy. It's just a special time right now to be a Warrior."

Warriors head coach Steve Kerr knows Durant still has to overcome some hurdles in his recovery, including being cleared for on-court work again, but Kerr feels good about the possibilities.

"I'm just hopeful that that's the case more than anything," Kerr told ESPN of being able to add Durant back into the lineup. "We don't know how it's going to end up. I'm really proud of the guys for holding down the fort during this series, and hopefully his rehab continues to progress and we get him back, because we're going to need him. No doubt." 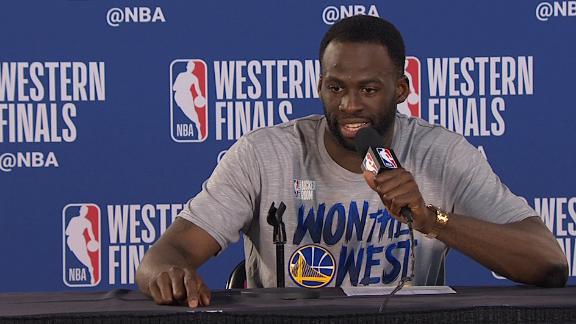