The second installment of the College Football Playoff rankings is in, and there's a newcomer in the top four. What do we make of the latest rankings? Here are five quick observations:

With Notre Dame moving into the top four this week and Stanford rising four spots from No. 11 to No. 7, the game between the Irish and Cardinal to end the regular season looks increasingly more like a play-in game. They play in Palo Alto, California, which means a road win of that stature could really boost Notre Dame's chances.

Stanford, on the other hand, needs a marquee nonconference win to override the season-opening loss atNorthwestern. You have to love committee chairman Jeff Long saying the fact that Stanford was essentially playing a 9 a.m.Pacific time game in its loss to Northwestern was a factor in that loss not hurting the Cardinal as much. Even so, no remaining game potentially shapes the playoff any more than the Notre Dame-Stanford game on Nov. 28.

The state of Iowa was in an uproar last week when the unbeaten Hawkeyes barely cracked the top 10 at No. 9 in the initial rankings. But look at what a win overIndiana-- a hard-fought 35-27 win, no less -- did for theHawkeyes. They shot all the way up to No. 5 and are now sitting there on the doorstep of the all-important top four. Iowa's next two games are at home, againstMinnesota and Purdue, and then there's the regular-season finale atNebraska. The Hawkeyes will be favorites in all three games, and if they win all three, they could already be perched in the top four when they face the East Division champion in the Big Ten championshipgame. The Hawkeyes own two wins over top-25 teams, and it looks like the committee waited a week before rewarding them.

Granted, there's a round robin tournament coming over the next three weeks for the Big 12, but through the first two weeks of the rankings, no Big 12 team has been able to crack the top four. Can you say, "No respect"?Baylorwas the highest-ranked team this week and remained at No. 6. The Bears' strength of schedule is ranked 94th in the country, so the committee obviously still wants to see them beat somebody of notedespite how impressive they've been on the field.

Oklahoma Statehas the best win of anybody in the Big 12 after taking downTCUlast week and moved from No. 14 to No. 8. The Cowboys still get Baylor andOklahomaat home. Oklahoma is probably the only one-loss team inthe Big 12 that has a chance, especially if the Sooners can run the table these last three weeks with wins over three straight top-15 teams. A lot can still happen, but are we looking at a second straight year of the Big 12 being left out of the playoff?

4. The big three control their own destiny.

It's pretty simple for the top three teams. If No. 1Clemson, No. 2 Alabama and No. 3 Ohio Statewin out, they're in. It doesn't matter what anybody else does. Those three teams control their own destiny. The Crimson Tide moved up two spots this week, and their 30-16 beatdown ofLSUwas the most impressive win over a quality team that anybody in the country has to this point. It's also noteworthy that Alabama is No. 2 and Ohio Stateis No. 3, meaning if that holds, we'll get a rematch of their semifinal game last year, when the Buckeyes won 42-35 in New Orleans.

5. The American Athletic Conference is flexing its muscles.

Remember when the Pac-12 was supposed to be one of the strongest conferences in the country? Well, get this: The American Athletic Conference has four teams in the rankings this week and the Pac-12 only three. Don't rub your eyes. It's true. Other than Stanford, only Utah at No. 10 andUCLAat No. 19 made the cut. ButNavy, based on its win overMemphis, jumped into the rankings at No. 20 and is joined by No. 21 Memphis, No. 22Temple and No. 24 Houston. The winnerof that league doesn't have a chance to make the playoff but will grab the Group of 5 spot in the New Year's Six bowl games. 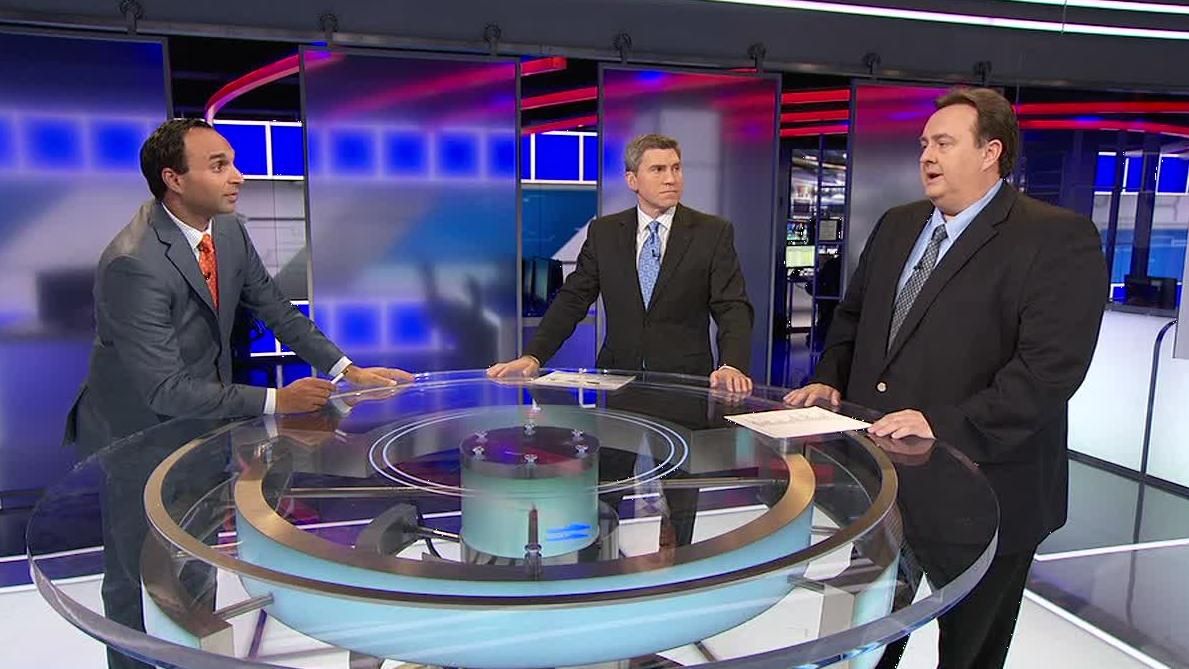