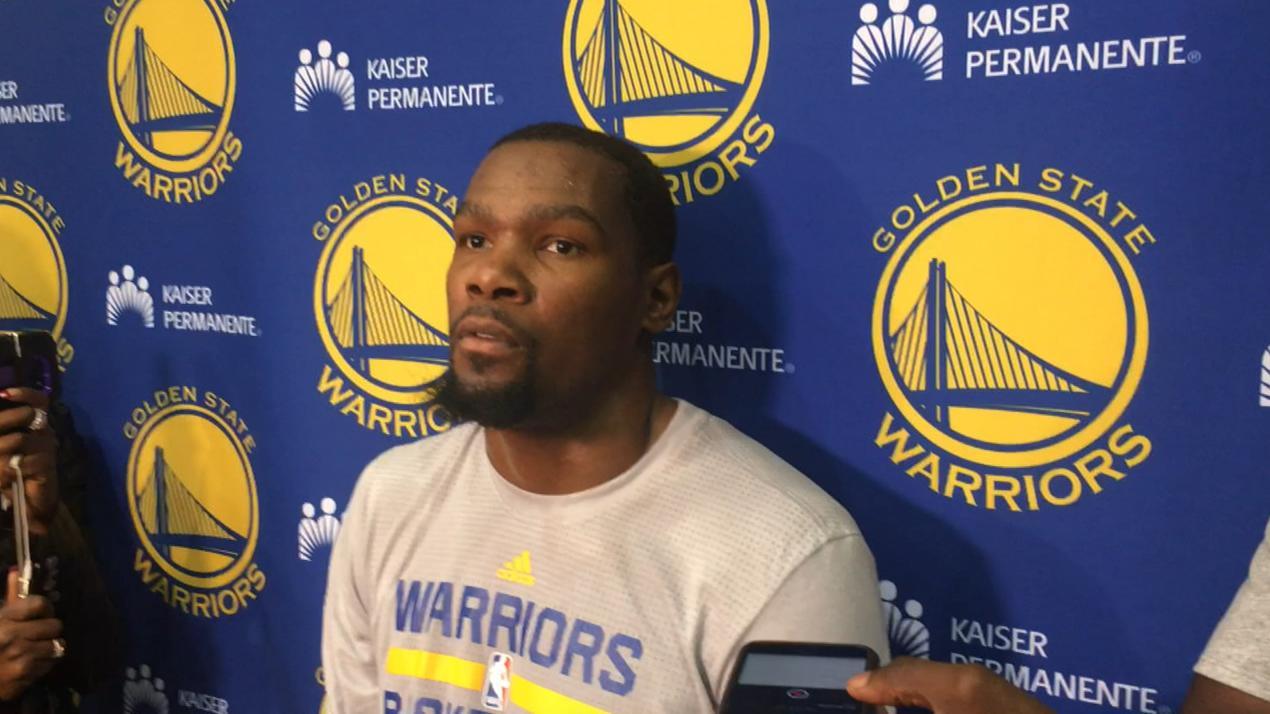 Durant said he felt good following practice but admitted that it's a frustrating situation to be in once again.

"I want to play," Durant said. "I want to be out there every step of the way with the team, but I understand health is important and I want to feel great hopefully for a long run this postseason. I understand the big picture, but I still want to play."

Durant was four games removed from a five-week hiatus following a left knee injury. He sustained the calf injury in the second half of a Game 1 victory Sunday. Despite wanting to play, Durant was sidelined for the Warriors' 110-81 crushing of the Trail Blazers in Game 2.

Coach Steve Kerr said the organization is taking extra precautions when it comes to reactivating Durant.

"[We want] 100 percent health," Kerr said. "If it was Game 7 of the Finals, he'd play because we're not talking about anything that could damage his career. But what we're talking about is something that if [it] potentially could get worse and knock him out for a few weeks, then it's not worth it."

To be cleared for Saturday's game, Durant must go through two individual workouts and complete the morning shootaround without experiencing a setback, Kerr said.

"They've got my best interest," Durant said. "Obviously, I played through injuries before, but I was out for a month and I came back and got injured again. So I don't want that to happen again if I do push it. I don't want to play one game and sit out another two weeks. So I'm just trying to be smart about it, but also I'm still itching to get out there on the court."

Teammates can see the toll this latest injury has taken on Durant.

"Last game, you could tell he's frustrated with having to miss," Draymond Green said. "But at the end of the day, we just want to make sure we take the right measures to make sure he's healthy throughout this run as opposed to us trying to push through one game, push, push and push and then all of a sudden you've got bigger problems."

Durant said "stopping and going" caused the most discomfort but said there were no issues Friday.

Whether he plays Saturday or not, Durant has adopted the perspective to help him cope.

"It's not life or death," Durant said. "I'm not on my deathbed. It's a calf muscle. I'll hopefully get to play here soon. I got on the court today, so it's not the end of the world. ... I want to be out there, but it's not life or death. It's not career-threatening. It's just a calf strain." 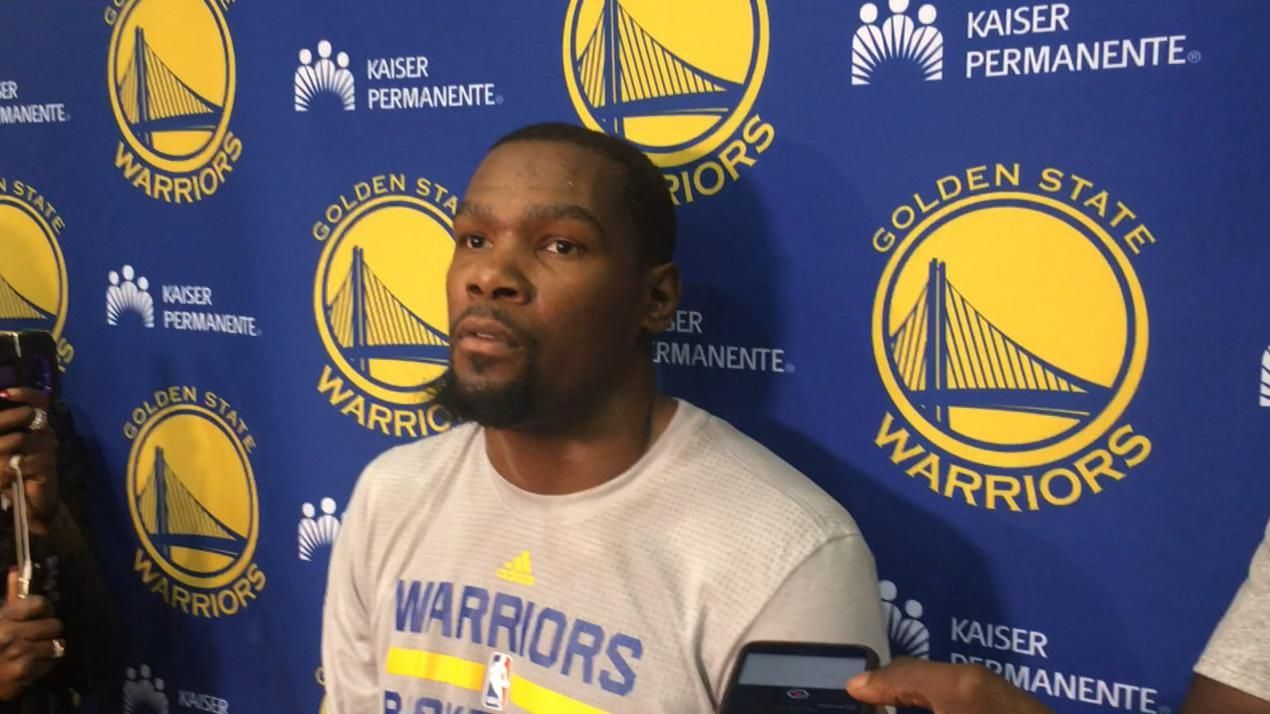