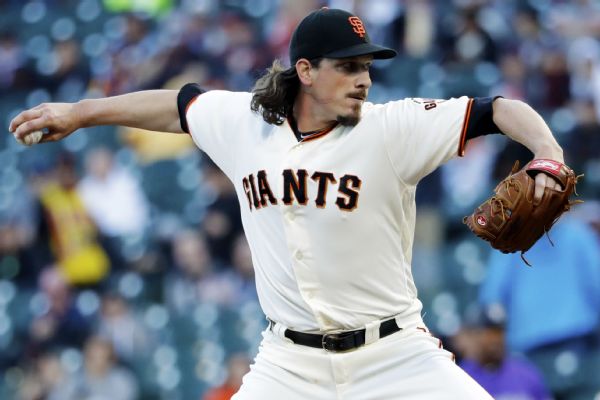 San Francisco Giants starter Jeff Samardzijahas a pectoral strain and is likely to start the season on the disabled list, according to multiple reports.

Samardzija underwent an MRI on Thursday that revealed the injury. Manager Bruce Bochy said he will rest 10 days and then begin throwing.

Samardzija left a minor league outing on Wednesday after allowing two home runs and a double in a rocky fourth inning.

Samardzija, who was expected to be the Giants' No. 3 starter after Madison Bumgarner and Johnny Cueto, had a 10.64 ERA in four Cactus League starts. His fastball velocity has been around 89-90 rather than his normal 93-94, Bochy said.