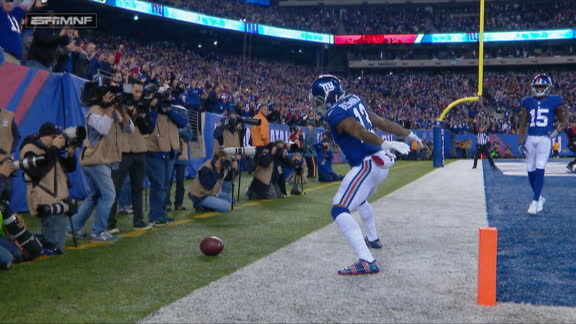 Beckham became the fastest player to reach 3,500 receiving yards on an 18-yard catch in the second quarter of Monday night's 21-20 winagainst the Cincinnati Bengals.

Beckham scored a 10-yard touchdown later on the drive. The Pro Bowl receiver entered the season with the most receiving yards in his first two professional seasons. He had 2,755 yards despite missing five games in his first two seasons.

Beckham, 24, finished the game with 10 catches for 97 yards and a touchdown to give him 54 catches, 773 yards and six touchdowns in nine games this season. 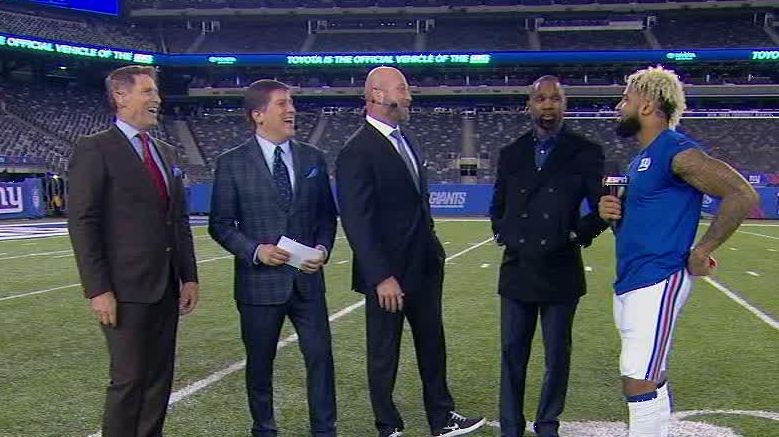 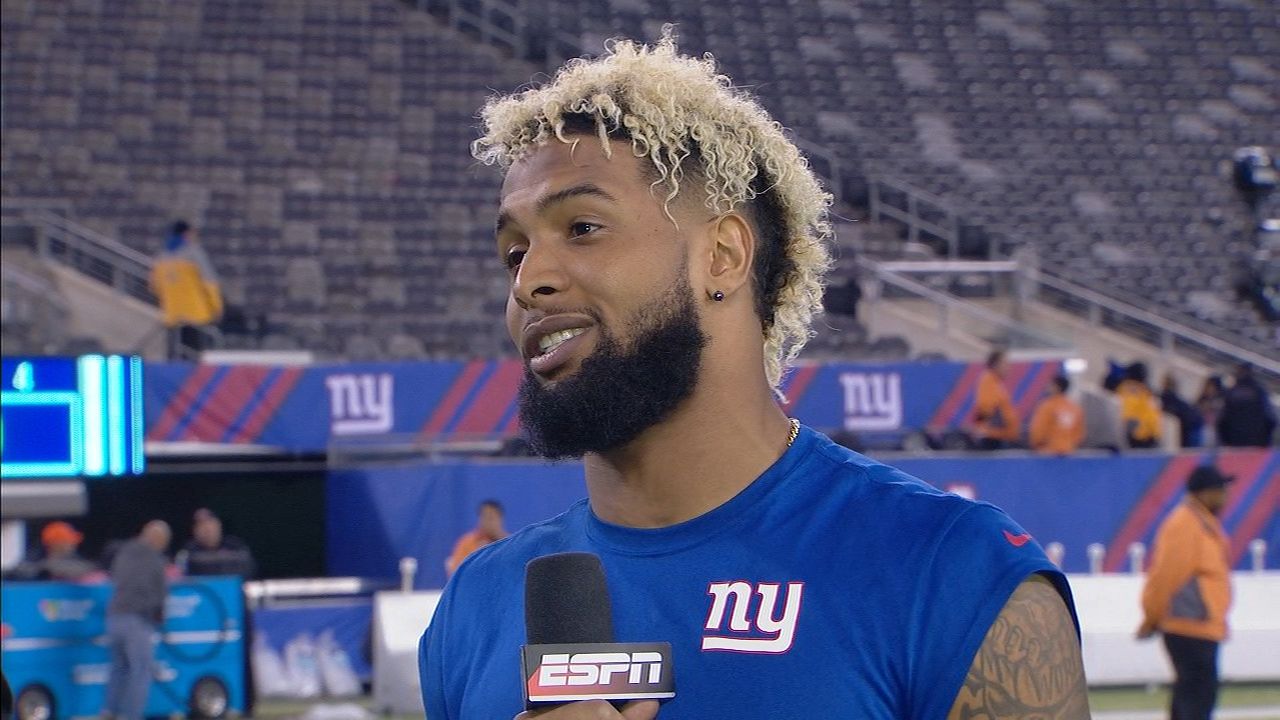