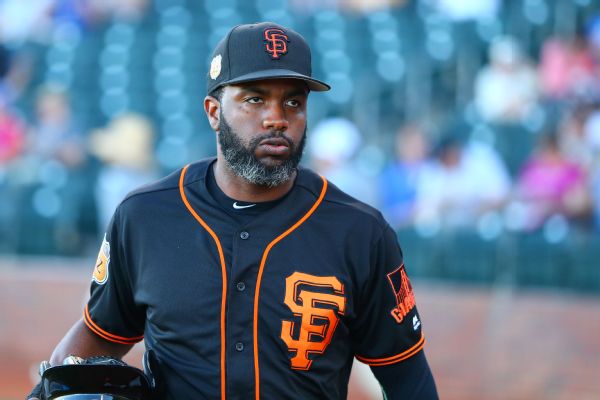 SAN FRANCISCO --Giantsleadoff hitter Denard Span suffered a setback in his recovery from a shoulder injury and was placed on the 10-day disabled list on Wednesday.

Span is suffering from a sternoclavicular joint sprain that he appeared to sustain after crashing into the outfield wall at Coors Field in Denver on Saturday. He had not played since then and was making progress, according to manager Bruce Bochy, before the situation worsened Tuesday.

Bochy wouldn't offer details about the setback, but he is hopeful Span will benefit from having 10 more days off.

The Giants also placed shortstop Brandon Crawford on the three-day bereavement list. Crawford's sister-in-law recently died of an asthma attack. Crawford also is nursing a groin injury but has not undergone an MRI, as initially planned.

First baseman/outfielderMichael Morseand infielder Kelby Tomlinson were called up from Triple-A Sacramento. Tomlinson is expected to start at second base on Thursday against the Los Angeles Dodgers in place of Joe Panik.