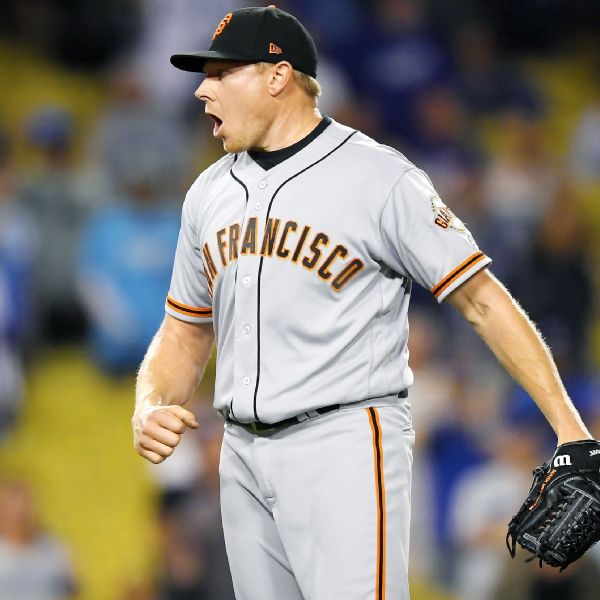 The move was made retroactive to Monday, and right-hander Reyes Moronta was recalled from Triple-A to fill Melancon's roster spot.

Manager Bruce Bochy said Hunter Strickland will serve as the closer until Melancon returns, which Bochy hopes is in a couple of weeks.

Melancon had surgery on his forearm in September. The right-hander was 1-2 with 11 saves in 16 chances last year, when he had a 4.50 ERA in 30 innings during his first season with the Giants. He signed a $62 million, four-year deal as a free agent.

"I was pretty confident that he would be ready when the season started," Bochy said. "He had a little setback through one outing. We don't want to risk putting him out there after not throwing for four or five days. That's why we DL'd him, to make sure he is ready."

A four-time All-Star, Melancon has 179 saves and a 2.72 ERA in nine major league seasons.

Samardzija could be out two to three weeks, Bochy said.

"This is a good team, a talented team with more depth that should be able to handle the loss of Bumgarner, Samardzija and Melancon," Bochy said. "No question it's devastating to lose your No. 1, No. 3 and your closer, but I think we're able to deal with this a little bit better with the makeup of the club, the type of new guys that we got, the depth we have at pitching."