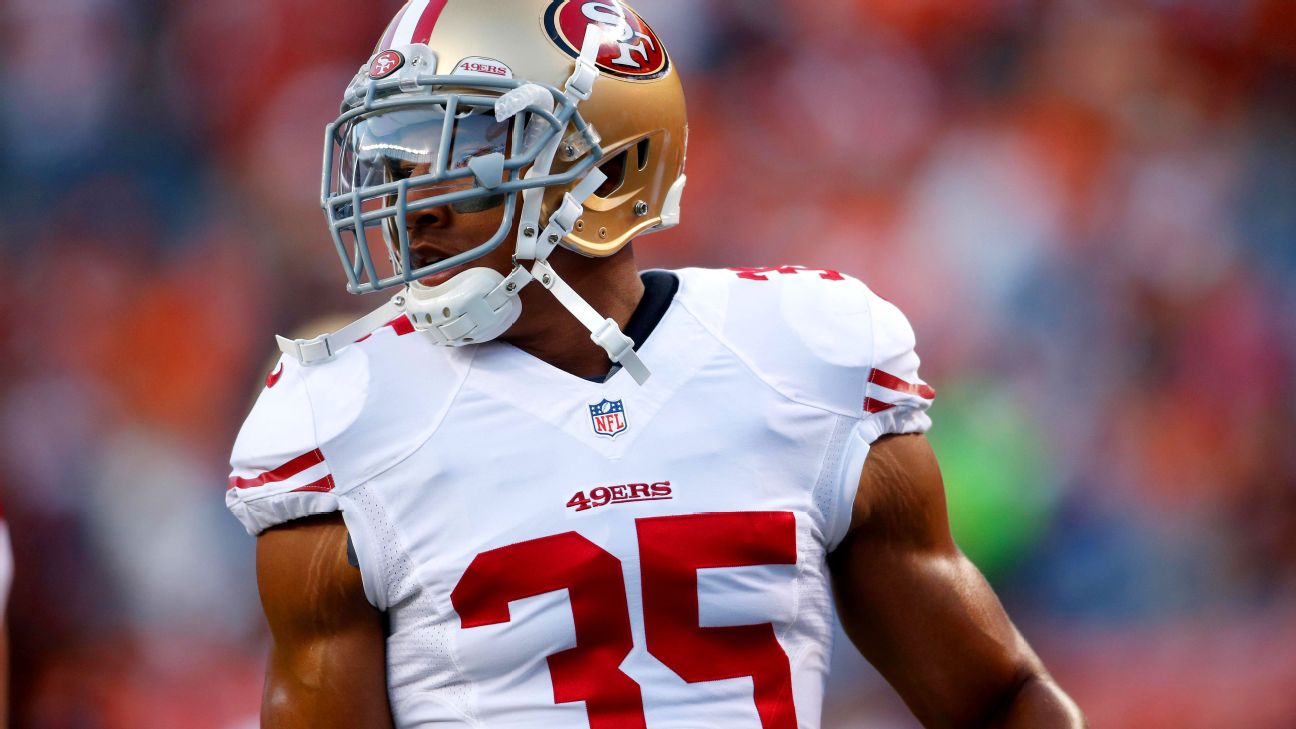 San Francisco 49ers general manager John Lynch said Monday the team remains in contact with safety Eric Reid and his agent and has not closed the door on re-signing him.

Reid, who was the first player to kneel alongside Colin Kaepernick during the national anthem in protest of racial inequality and systemic oppression, had said he believes his protests have affected his job search.

Last season, Reid had 67 tackles and two interceptions for the 49ers, but he has had only one visit in free agency, with the Cincinnati Bengals.

"It's just the safety market has been incredibly slow and Eric's been a victim of that," Lynch said. "Some of that is Eric's discretion of where he wants to be."

Reid's only visit during free agency was with the Cincinnati Bengals, who reportedly wanted assurances from Reid that he would not participate in on-field activism.

Reid was a former first-round pick of the 49ers. His four-year, $8.4 million contract expired at the end of the season.

Lynch said if there's a fit for Reid after the draft, he could return to the 49ers.
Report a correction or typo
Related topics:
sportsespnsan francisco 49ersnfleric reid
Copyright © 2020 ESPN Internet Ventures. All rights reserved.
More Videos
From CNN Newsource affiliates
TOP STORIES