Harvin was offered for Julius Thomas 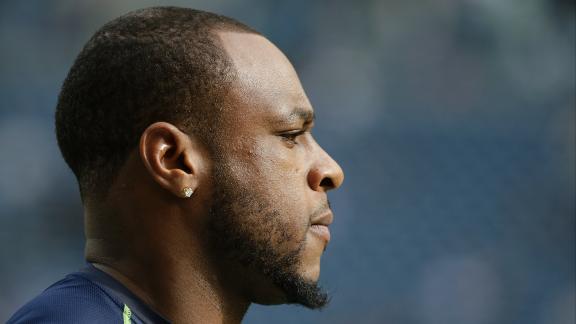 ESPN
By Adam Schefter
Before the Seattle Seahawks dealt wide receiver Percy Harvin to the New York Jets for a conditional draft choice, they quietly called around to see if any teams would have an interest in a trade.

The Seahawks found little interest, but one of Seattle's more interesting proposals involved the Denver Broncos, whom the Seahawks reached out to as recently as last week, according to sources.

Seattle proposed sending Harvin to Denver in exchange for Pro Bowl tight end Julius Thomas, who is on pace to shatter the single-season touchdown record for tight ends, the sources said.

Denver never hesitated in turning down the offer, even with Thomas playing on an expiring contract and scheduled to become a free agent after this season.

Harvin will make his Jets debut next Sunday against the Buffalo Bills and he already is working to be as prepared as possible.

Harvin spent much of his Saturday meeting with offensive coordinator Marty Mornhinweg and wide receivers coach Sanjay Lal, going over the playbook and familiarizing himself with the Jets' offense so he knows as much as possible, according to sources.

Harvin will be back at the Jets training facility again Sunday, doing much of the same, getting as up to speed as possible for next Sunday.

Those who were around the Jets complex said there was a noticeable buzz in the building this weekend after the trade for Harvin.

Harvin told the Jets' website on Saturday that he was "excited" to be joining the Jets, despite New York's 1-6 record this season.

"I know they have a few losses in their hands, but they was in every single game with a couple of plays here and there that could have easily switched the game," he said. "So I definitely think this team has all the pieces. So like I said, that's what excited me, knowing they already had the pieces here and I could just fit right in, try to make my little plays, and hopefully I can be a little difference."

From the moment the trade was completed, Harvin became the second highest-paid Jet on their roster behind D'Brickashaw Ferguson, making an average of $11 million per season.

Seahawks Would Have Cut Harvin
Adam Schefter and Chris Mortensen discuss what the Seahawks' other options were with Percy Harvin if they hadn't traded him to the Jets, including cutting him and proposing a trade to the Broncos that would send Julius Thomas to Seattle.