AP
OAKLAND, Calif. -- Heisman Trophy winner Kyler Murray is apologizing for anti-gay tweets posted to his Twitter account several years ago, when he was 14 and 15.

The Oklahoma quarterback tweeted: "I apologize for the tweets that have come to light tonight from when I was 14 and 15. I used a poor choice of word that doesn't reflect who I am or what I believe. I did not intend to single out any individual or group."

The tweets have since been deleted from the account of the 21-year-old Murray, who won college football's most prestigious individual award Saturday night over Alabama's Tua Tagovailoa (tag-oh-vay-LOH'-ah) and Ohio State's Dwayne Haskins.

Murray, a junior from the Dallas suburbs, has signed a $4.66 million contract with the Oakland Athletics after he was selected in the first round of the Major League Baseball draft in June and this season may be his last in college football.
Report a correction or typo
Related topics:
sportsoaklandlgbtqgayathletesdiscriminationfootballawardu.s. & worldsports bettingtwitterlgbtcollege footballespncaesars5dimesoklahoma soonerstua tagovailoastanford cardinalfanduel sportsbooknevada gaming associationheisman trophynews chalksuperbook westgatealabama crimson tidewisconsin badgersdraftkings sportsbookkyler murray
Copyright © 2020 by The Associated Press. All Rights Reserved.
RELATED
A's prospect Kyler Murray wins Heisman Trophy 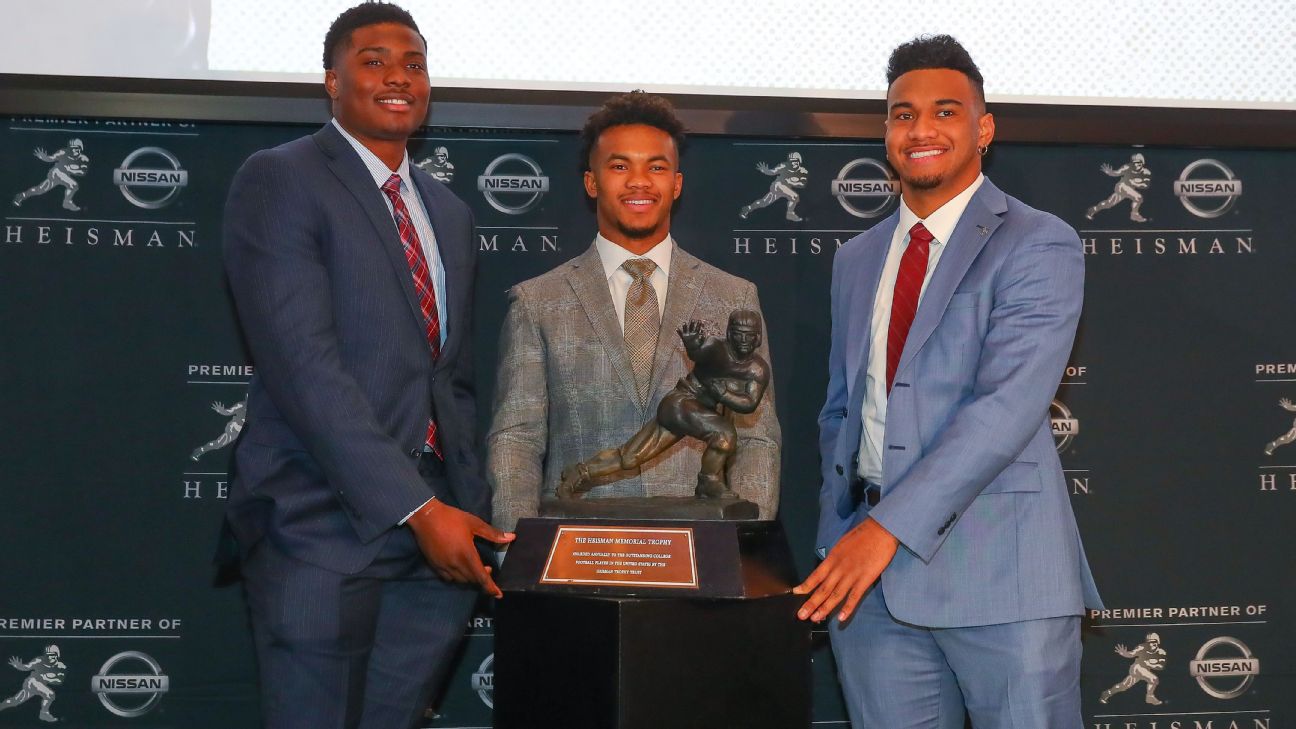