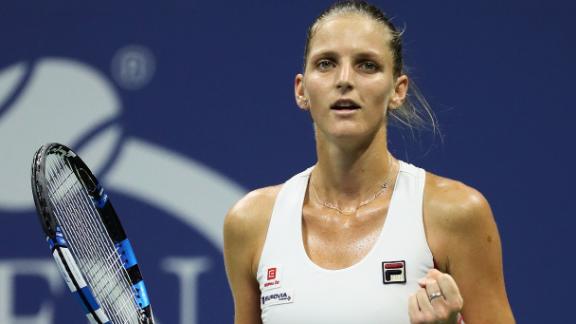 NEW YORK -- A year after she was stunned in a US Open semifinal, it happened again to Serena Williams.

This time the upset was crafted by No. 10 seedKarolina Pliskova, a hard-hitting 24-year-old from the Czech Republic, who ended Williams' most recent run at history 6-2, 7-6 (5).

Williams, who double-faulted on match point, said her left knee, which she thought was injured during a second-round match, was a factor Thursday night at Arthur Ashe Stadium.

"I'm not going to sit here and make an excuse," the 34-year-old Williams said.

"Since the start, it was terrible," Patrick Mouratoglou said. "She was slow, very, very slow. Much slower than usual."

Mouratoglou said the injury obviously affected Williams on the court, and she tried to compensate by playing a riskier style than usual.

"At the end she tried to go for the winner on every shot," Mouratoglou said. "This with an injury. Even if she wins the second [set], it's not the point; she's not going to win the third. She cannot move. There is no match."

While Williams is acknowledged to have the greatest serve ever in the women's game, it was second best against Pliskova, who had seven aces and won 84 percent of her first-serve points.

"America probably hates me because I beat Venus and Serena," Pliskova said after the match.

Pliskova became only the fourth singles player to beat Serena and Venus Williams in the same Grand Slam event. The others --Martina Hingis, Kim Clijsters and Justine Henin -- all retired as multimajor champions.

Serena Williams vigorously disputed the idea she was tired after playing her quarterfinal match Wednesday.

"My mind was just a little bit everywhere, but it was what it was," Williams said. "Yeah, serious left knee problems. But fatigue had nothing to do with it. If I was tired, I need to find a new career.

"I definitely was not beat up after my quarterfinal match."

Pliskova's performance belied her experience. She was playing in her first Grand Slam semifinal, while it was Williams'33rd.

"I had a goal today: to beat Serena," Pliskova said in her on-court interview. "And that's what I did.

"I don't believe it. Actually, I do believe it. I knew I could beat anyone if I'm playing my game."

The tantalizing laundry list of lifetime achievements Williams had within her reach -- an Open-era record 23 Grand Slam titles and an unprecedented seventh US Open championship -- will have to wait until next year.

The No. 1 ranking, which she has held for 186 consecutive weeks, will now go to Angelique Kerber when the new rankings are released Monday.

According to the Westgate Las Vegas SuperBook, Pliskova entered the match as a more than 4-to-1 underdog.

Pliskova will meet the No. 2-seeded Kerber, who defeatedCaroline Wozniacki6-4, 6-3in the second semifinal, in the Saturday afternoon championship final.

Williams looked flat and uninspired throughout the match, possibly due to the fact she was playing for a second consecutive night. Ultimately, that was her responsibility. She asked the USTA to schedule her first match for last Tuesday, which meant playing the quarterfinals and semifinals on successive nights.

Coming off a difficult match with No. 5 seed Simona Halep that she won in three sets, Williamshit only 20 winners, as opposed to 31 unforced errors, on Thursday. She also had a difficult time reading Pliskova's serve.

"If I'm a professional and I can't recover, well that's that," Williams said.

Information from ESPN's Jane McManus was used in this report. 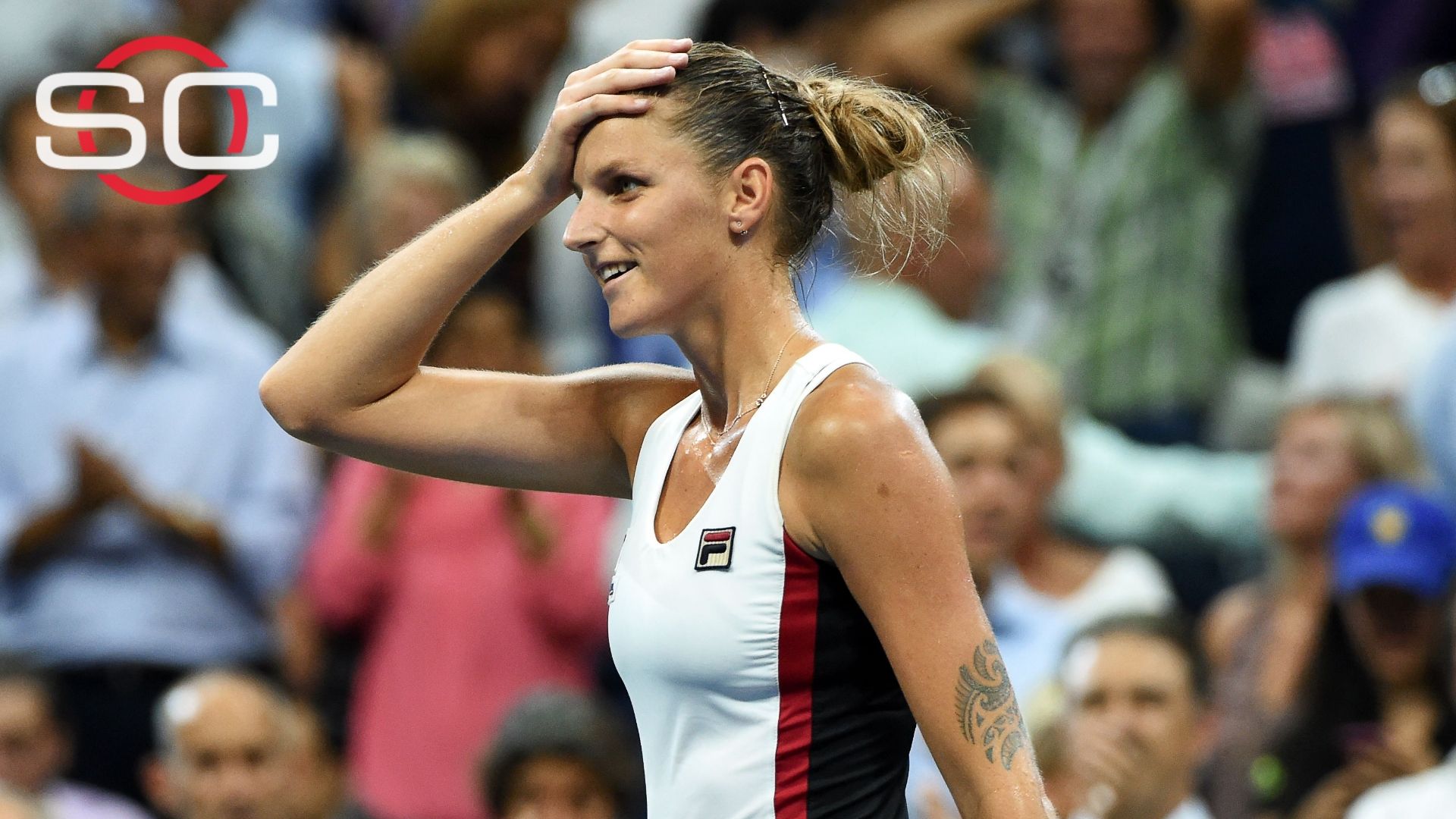 Pliskova holds off Serena in semis
Karolina Pliskova defeats Serena Williams 6-2, 7-6 (5) to advance to the US Open final. 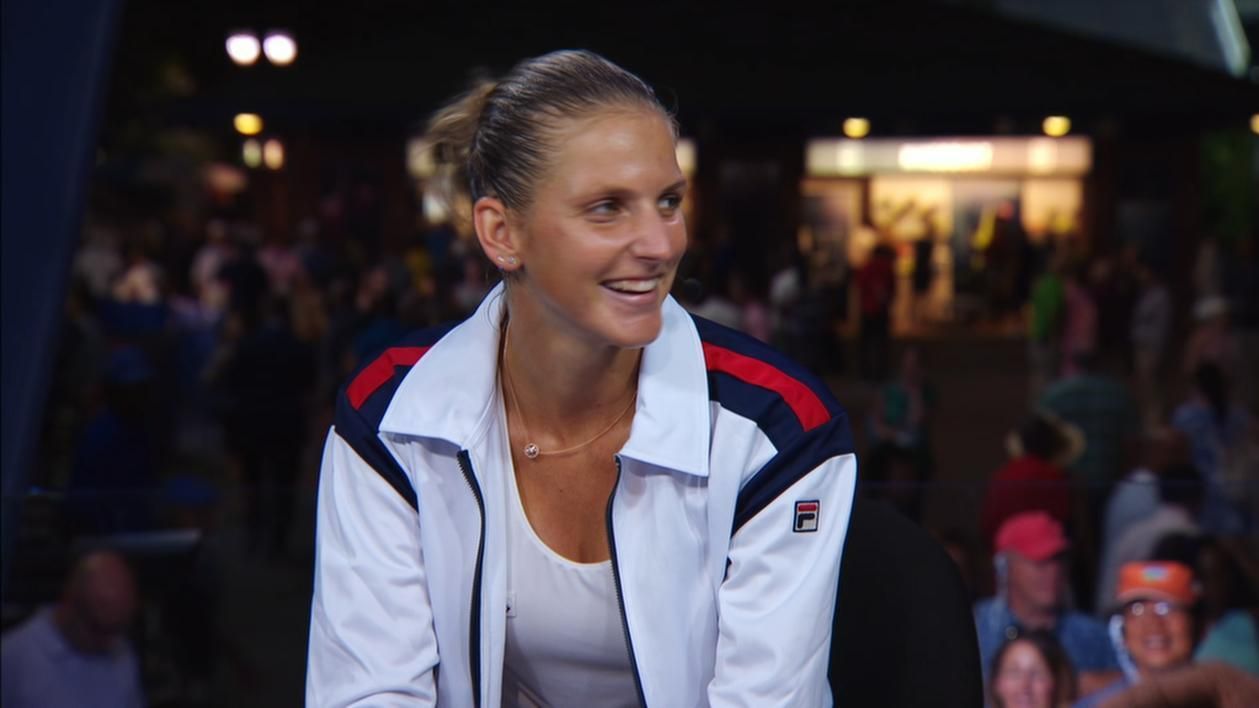