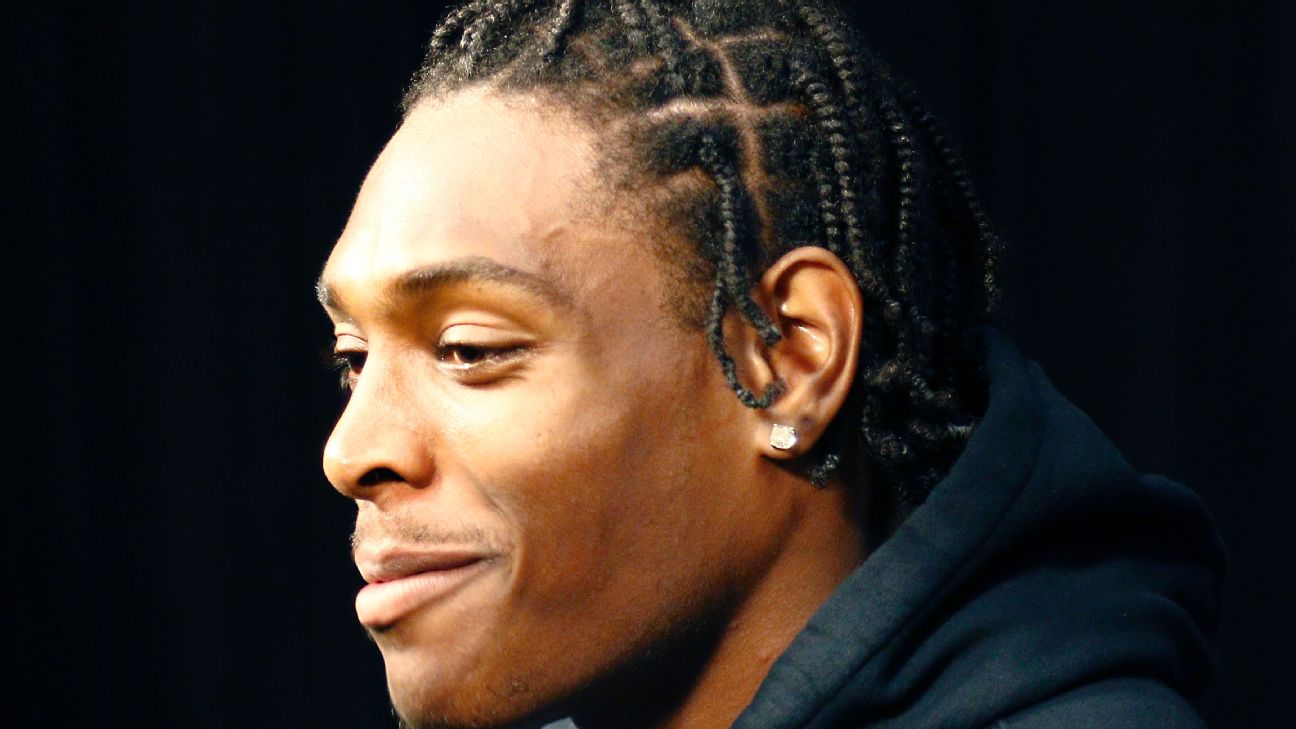 Jalen Ramsey is suspended until Monday, but that doesn't mean there won't be any trash-talking from the Jacksonville Jaguars cornerback.

Ramsey also predicted Houston's Deshaun Watson would be the NFL MVP in a few years, said Los Angeles Rams quarterback Jared Goff was "average to above average," called Pittsburgh's Ben Roethlisberger "decent at best" and said he didn't think Indianapolis' Andrew Luck was that good. But his comments about Allen and Ryan were the harshest.

Especially Allen, the seventh overall pick in the draft. Ramsey noted that Allen struggled as Wyoming's starter against Power 5 schools and said he hopes to face Allen when the Jaguars play at Buffalo on Nov. 25.

"I think Allen is trash," Ramsey said in the GQ piece. "I don't care what nobody say. He's trash. And it's gonna show too. That's a stupid draft pick to me. We play them this year, and I'm excited as hell. I hope he's their starting quarterback. He played at Wyoming. Every time they played a big school -- like, they played Iowa State, which is not a big school in my opinion because I went to Florida State, and he threw five interceptions, and they lost by a couple touchdowns or something like that. He never beat a big school.

"If you look at his games against big schools, it was always hella interceptions, hella turnovers. It's like: Yo, if you're this good, why couldn't you do better? He fits that mold, he's a big, tall quarterback. Big arm, supposedly. I don't see it, personally."

Allen didn't play against Iowa State, but he only completed 50 percent of his passes for 427 yards, 1 touchdown and 8 interceptions against Nebraska, Iowa and Oregon over the past two seasons. The Cowboys lost those three games by a combined 92 points.

Ramsey said Ryan's MVP season in 2016 was due to Shanahan, who was the Falcons' offensive coordinator at the time and is now the San Francisco 49ers' head coach. Ramsey said it's no coincidence that Ryan's production dropped off in 2018 but Jimmy Garoppolo thrived after being traded to the 49ers.

"I think Matt Ryan's overrated," Ramsey said. "You can't tell me you win MVP two years ago, and then last year, you a complete bust, and you still got Julio Jones? There's no way that should ever happen. I don't care. You know what that tells me? That tells me Shanahan left, went to San Francisco, got Garoppolo, made Garoppolo this big thing. And now Garoppolo is a big name -- and now [Ryan] has this bad year?

"Alright, well, was it really you, or was it your coach? He was doing what was asked of him and it was making him look really, really good."

Ryan was the NFL MVP in 2016 after throwing for 4,944 yards and 38 touchdowns with 7 interceptions in his final season working with Shanahan. Ryan still eclipsed 4,000 yards last season, but his touchdown total dropped to 20 and his interceptions went up to 12. The 20 touchdown passes were the fewest he has thrown in a season since he tossed 16 as a rookie in 2008.

Ramsey potentially will get to face off against Ryan when the Jaguars play host to the Falcons in a preseason game on Aug. 25 at TIAA Bank Field. The teams do not play in the regular season.

There were several quarterbacks who Ramsey praised in the GQ piece, includingDrew Brees, Kirk Cousins, and Dak Prescott. And Jaguars quarterback Blake Bortles, too.

In fact, Ramsey told the magazine that the coaching staff made a mistake by not letting Bortles throw the ball more in the second half of the AFC Championship Game at New England and that it cost them a trip to the Super Bowl. The Jaguars blew a 10-point fourth-quarter lead in the game in part because the defense allowed Tom Brady to convert a third-and-18.

"I think in crunch time moments, like last year's playoff game -- not as a team, because we would have trusted him -- but I think as an organization, we should have trusted him more to keep throwing it," Ramsey said. "We kinda got complacent and conservative. And I think that's why we lost. We started running it on first and second down, throwing it on third down, every single time we were out there. [The Patriots] caught on to that."

Ramsey was suspended for a week after he went on a profane rant against members of the media who were filming a post-practice altercation between Dante Fowler Jr. and Yannick Ngakoue. Ramsey also sent a tweet threatening war with the media.