James Harden's game-winning shot should not have counted, NBA says

The league said Friday that Harden initiated contact with the Warriors'Andre Iguodala before hitting the shot with 2.7 seconds to play in Thursday night's game.

On the replay, it appears Harden pushed off Iguodala before converting his 10-foot step back jumper.

It was among five incorrect calls in the last two minutes, the NBA said Friday in its assessment of officials' crunch-time performance dubbed the "Last Two Minute Report."

Ian Clark's layup had put Golden State up by one with 10.6 seconds left after Shaun Livingstonstole a pass from Trevor Arizaon the other end.

Harden, who finished with 35 points, then took it downcourt and stepped back for the jump shot to win it.

Golden State had a chance to win it after Harden's shot, but Draymond Green dribbled the inbounds pass off his foot and out of bounds.

The NBA also said it had reviewed Green's end-of-game conduct -- in which, with one second left he took Houston's Michael Beasleyto the ground as the Rockets were trying to inbound the ball to run out the clock -- and had issued the Warriors forward a flagrant foul 1.

The league said that the officials' no-call on the play was incorrect and that its basketball operations office had reviewed the play, specifically the contact.

The play was a point of emphasis from Rockets general manager Daryl Morey on Twitter late Thursday night when a video of the contact was displayed of Green tackling Beasley to the ground.

Information from ESPN's Calvin Watkins and The Associated Press was used in this report. 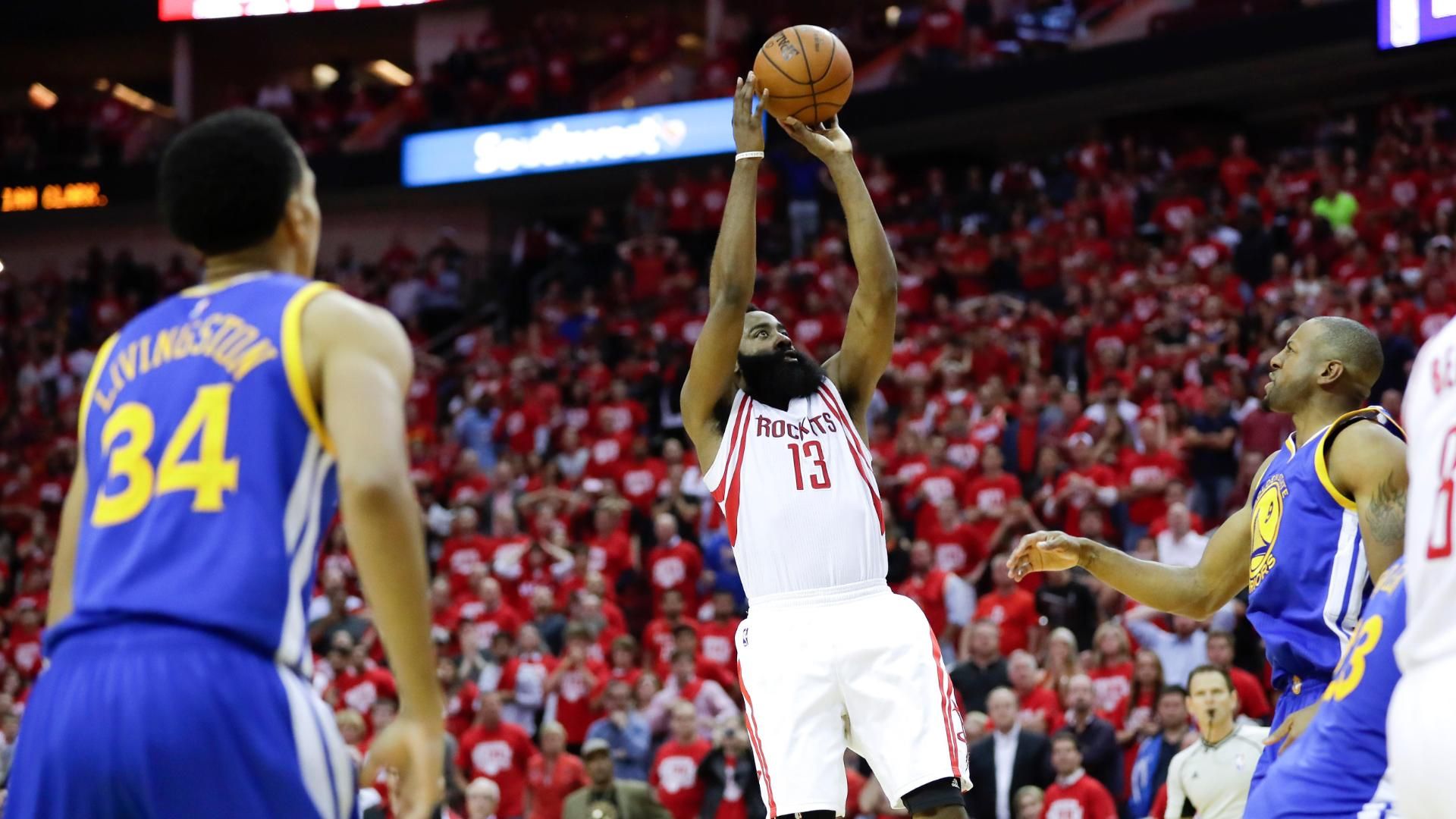