Jason Pierre-Paul FaceTimes boy who had parts of fingers amputated 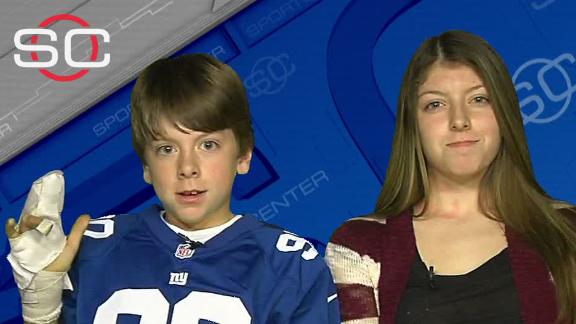 Jason Pierre-Paul's recovery from his July 4 fireworks accident has gone well beyond the football field, and he's using what happened to him as a way to reach out and help people in similar situations.

According to NJ.com, Pierre-Paul recently had a FaceTime conversation with an 11-year-old boy in Pennsylvania who had to have parts of two fingers amputated after getting his hand caught in a bicycle chain.

The boy's plastic surgeon told him to look up Pierre-Paul's story, and his sister, Janie, reached out to Pierre-Paul via Twitter. Pierre-Paul replied and set up a FaceTime conversation with the boy, Seamus Bohannon of Folsom, Pennsylvania.

"This guy, he didn't have to do that," Seamus' mother, Christine, told NJ.com. "We were just taken aback by it. My son is in his glory right now. Just the fact that someone was reaching out to him."

Christine Bohannon told NJ.com that Pierre-Paul's message to her son was to "stay strong" and "don't listen to other people" when others make jokes or hurtful comments about him.

Pierre-Paul lost his right index finger and suffered significant damage to his thumb and middle finger in that July 4 fireworks accident. He returned to play for the Giants in Week 9 and has been working on learning how to play with his hand in its current condition.

He's also been focused on keeping a positive attitude about the situation, something that's been noticed by coaches, teammates and members of the media with whom he has regular contact.

Pierre-Paul, who also became a father 10 months ago, has seemed more focused and mature than he was in years past and has dealt with his injuries head-on. 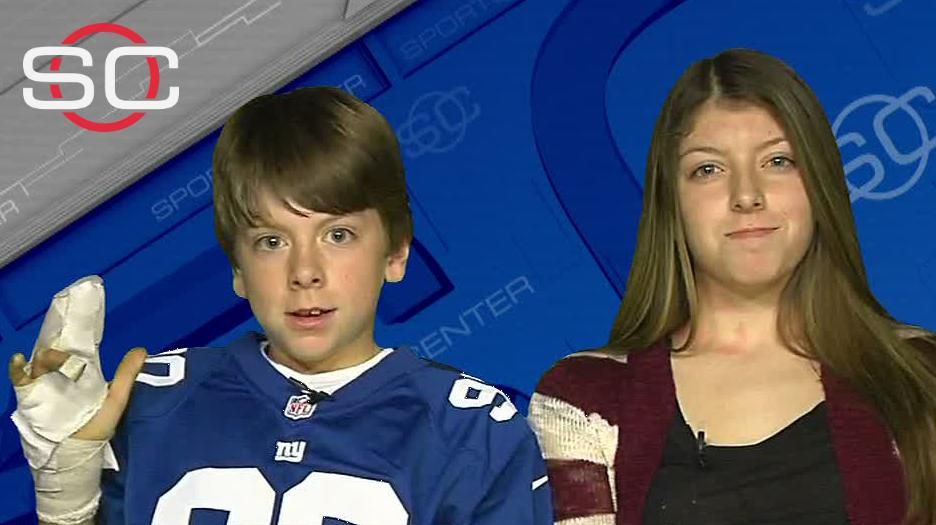 JPP reaches out to young fan who suffered similar injury
11-year-old Seamus Bohannon, and his sister Janie, join SportsCenter to discuss the circumstances of a biking accident that caused parts of two of his fingers to be amputated and their conversation with Giants defensive end Jason Pierre-Paul.