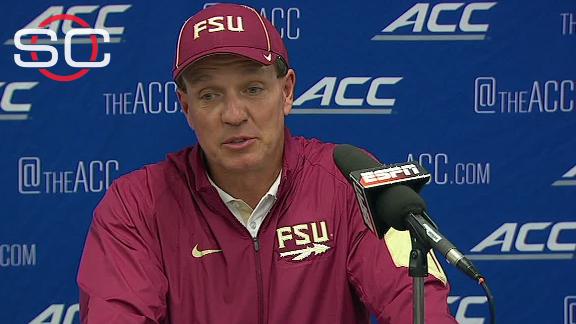 Jimbo Fisher reacted with stunned dismay Saturday to the sight of Georgia Tech shocking his previously unbeaten No. 9 Seminoles 22-16 on a blocked field goal returned 78 yards for a touchdown on the final play.

Standing on the Florida State sideline as Yellow Jackets sophomore Lance Austin scooped up the ball at his own 22 and took off the other way without stopping until he reached the end zone, Fisher stoically removed his headset, clearly shocked at only the second loss in the past three seasons for the Seminoles.

"When there is a blocked kick, you've got to cover," Fisher said after bedlam erupted in Bobby Dodd Stadium. "That's finishing the game. We talk about it all the time."

They'll be talking about this game for years.

The Seminoles hadn't dropped an Atlantic Coast Conference game since 2012. They came in with a 28-game winning streak against ACC opponents, looking to tie the mark that Florida State set by winning its first 29 conference games after joining the league in 1992. That's gone now. A run at the national championship might be, too.

It all started when Roberto Aguayo, perhaps the best college kicker in the country, attempted a 56-yard field goal to win it for the Seminoles (6-1, 4-1 ACC) with six seconds remaining. But the kick had to be low to get some distance on it, and Patrick Gamble managed to get a hand on the ball.

Austin paused briefly, looking around, and then decided to scoop it up. He took off the other way in front of the Georgia Tech bench, avoiding Aguayo's diving attempt, then cutting back on the final guy who had a shot at the tackle to win the game for Georgia Tech (3-5, 1-4).

"In football, anything can happen. ... They couldn't catch him, didn't know where he was at," Fisher said. "And then we just couldn't get him on the ground."

The Yellow Jackets came in with a five-game losing streak, their longest skid since 1994.

"We still have a chance to be a very good football team," Fisher said. "A lot of our goals are still out there. Our main goal is to try and be the best we can be. That hasn't been there."

Florida State had plenty of chances to put this one away, even though they were sluggish offensively and failed to build on two first-half interceptions that led to 10 points.

Leading 16-13 in the fourth quarter, the Seminoles drove deep into Georgia Tech territory looking for a clinching score. On third-and-goal from the 10, Everett Golson's deflected pass led to Florida State's first offensive turnover of the season and its first turnover of any kind since its first game.

Jamal Golden made the interception in the back of the end zone after the ball was knocked away from Travis Rudolph, a bad omen, perhaps, for the Seminoles.

QuarterbackJustin Thomas, who had a 60-yard touchdown run for the Yellow Jackets after those two early interceptions, kept the game alive by converting on fourth-and-6 from the Georgia Tech 41. Thomas hit Brad Stewart on a 36-yard pass that set up Harrison Butker's third field goal of the game, a 35-yarder that tied the score with 54 seconds left.

With two timeouts, Florida State still had time to get into field goal range for Aguayo, who had already made three in the game and was 60-of-66 in his career. But the Seminoles didn't get quite close enough, forcing Aguayo to drive the ball a little lower than usual on what would have been the longest kick of his career.

Fisher was confident it would go through.

"I thought I hit the ball well," Aguayo said. "I looked up and didn't see it flying down the middle. Then I saw it on the ground. A lot of their guys, a lot of our guys thought it was dead. It was kind of confusing."

Turns out, the Seminoles didn't even get a shot at overtime.

"I was going out there thinking I was going to make it," Aguayo said. "First time it's been blocked in my career here. I thought I hit it well."

The finish was reminiscent of Auburn running back a missed field goal 109 yards to beat Alabama two seasons ago. That was the original kick-six, and ended the Crimson Tide's hopes of a third straight national title.

This one was no laughing matter for Florida State, which could still get back into the national race with a victory at No. 6 Clemson in two weeks. 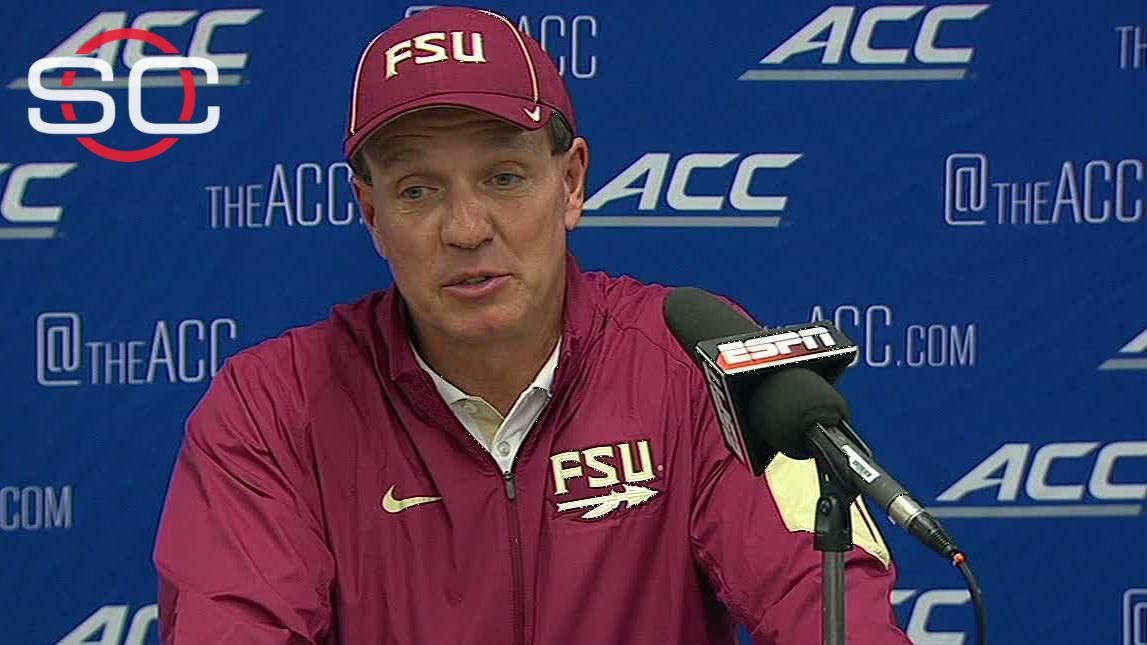