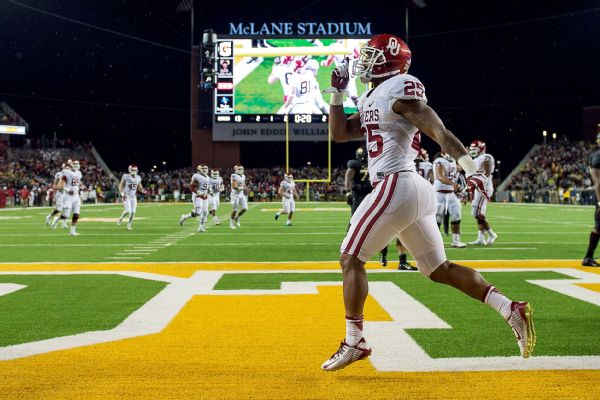 The attorneys for Joe Mixon released a surveillance video on Friday that shows the Soonersstar running back punching a female Oklahoma student in 2014.

The video shows Mixon punching Amelia Molitor, fracturing four bones in her face, during an altercation at a sandwich shop near Oklahoma's campus in Norman. He was charged with a misdemeanor at the time of the incident, and the university suspended him for the entire 2014 season.

The video was released after the Oklahoma Association of Broadcasters sued for its access, prompting the Oklahoma Supreme Court to rule earlier this month that the city of Norman should release it. The city had until Dec. 26 to either release the video or file an appeal.

Mixon's attorneys, however, said the running back asked that they make public the video before the city's deadline.

"Mr. Mixon asked us to once again say he is sorry for the way he acted that night,'' a statement through his attorneys said. "He has publicly apologized to Ms. Molitor, her friends, his family, teammates, and the University. He hopes that his voluntary release of these recordings will help put this matter to rest.''

The university issued a statement on Friday night, shortly after the video was released:

"University officials were made aware of the content of the video prior to taking action with respect to Joe Mixon [in 2014]," the school said. "Based on that information, the university immediately suspended and removed Mr. Mixon from the football team for one year, during which high standards of conduct were expected and maintained. It was made clear to Mr. Mixon at the time of his suspension that violence against women will not go unpunished at the university. Coach [Bob] Stoops has been proactive in presenting training for his team aimed at preventing such behavior in the future. Sensitivity training in the area of violence has been intensified and best practices will continue to be implemented. Mr. Mixon has apologized for his actions, and the university hopes that it is an indication that he has learned from his mistakes. We are an educational institution, where we hope young people will learn from their mistakes and chart a better future course."

Mixon issued a formal apology last month but also suggested that racial slurs were hurled at him, which he said initiated the incident.

"I was not drinking," Mixon said in the apology, which was sent to The Oklahoman. "I have never had a drink in my life. At the end of the night, a group of apparently drunk people started harassing us. Some of my teammates were wise enough to leave. I did not, and I am sorry."

Last week, in a statement released to The Oklahoman, attorneys for Molitor called the narrative that she "spit on, punched and hurled racial slurs at a cornered man" false. Her attorneys asked a judge to suppress the release of the video, arguing it alone wouldn't tell the full story.

According to Mixon's attorneys, however, Molitor has since given the OK to release the video.

Molitor has a pending civil lawsuit against the running back.

Mixon, 20, pleaded guilty to the charge without making an admission of guilt. He received a one-year deferred sentence and was required to perform 100 hours of community service and undergo counseling.

Stoops was asked in 2015 why he did not kick Mixon off the team.

"In our situation, we felt this [the suspension] was the right way to proceed," Stoops said last year. "In the end, we felt that he's been disciplined. He was removed totally from all team activities from that point on. And he's earned a way to be back to have an opportunity for a second chance to redeem himself with strict guidelines that go with it."

In 11 games for the Sooners this season, Mixon has rushed for a team-leading 1,183 yards and eight touchdowns. Oklahoma playsAuburn in the Allstate Sugar Bowl on Jan. 2.

Mixon is a third-year sophomore who is eligible for the 2017 NFL draft.

Information from ESPN's Jake Trotter and The Associated Press was used in this report. 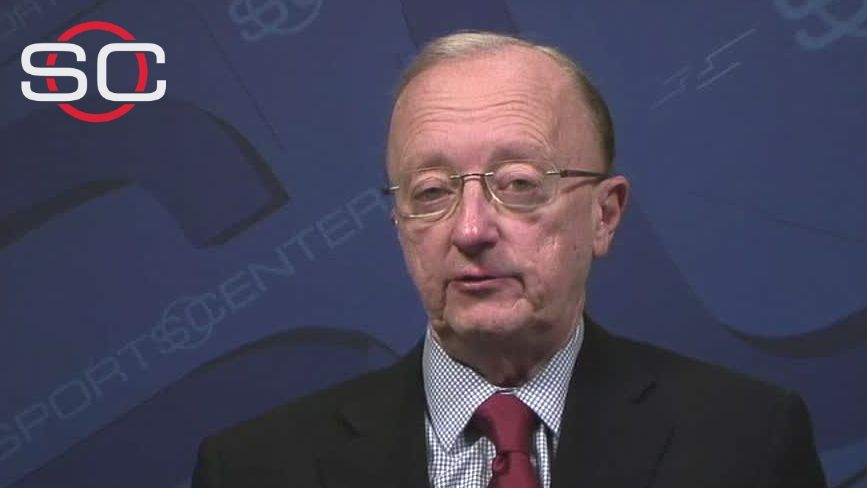 How could video impact Mixon's NFL future?
NFL insider John Clayton says that Joe Mixon will be followed by the video of him punching a female student in 2014 and it will likely impact his draft status in which many teams will take him off the board.