Joe Thornton returns to lineup for Sharks in Game 3 vs. Oilers 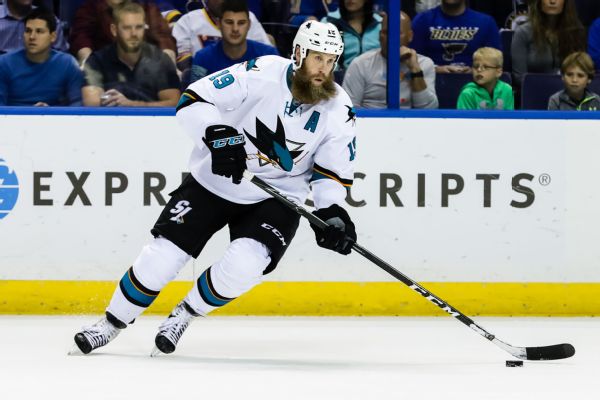 ESPN
SAN JOSE, Calif. -- San Jose Sharks center Joe Thorntonreturned to the lineup Sunday night after missing the first two games of the playoffs because of a left knee injury.

Thornton was in his usual role as the top-line center playing 16 minutes in Sharks' 1-0 loss to the Edmonton Oilers in the Game 3 of their first-round series. Thornton missed the past two weeks after injuring his knee in a regular-season game at Vancouver.

Thornton started the game on a line with captain Joe Pavelski and Melker Karlsson as his wings. Logan Couture moved down to second-line center. Couture struggled the first two games; he is recovering after losing several teeth when he took a puck to the face last month.

Mikkel Boedker was scratched to make room for Thornton.

After splitting the first two games of the series in Edmonton without Thornton, the Sharks are now down 2-1. The next game of the series will be played Tuesday at SAP Center.