Jon Gruden welcomed back to Raiders 16 years after exit 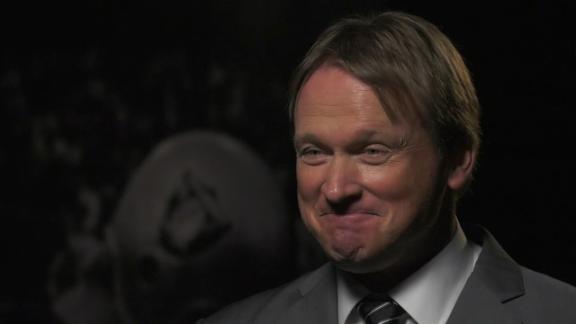 ALAMEDA, Calif. -- A six-year dance came to its crescendo and conclusion Tuesday as Jon Gruden was welcomed back for a second stint as Oakland Raiders coach in an elaborate introductory news conference in the team's performance center.

Following a video presentation highlighting his first Oakland tenure, Gruden was introduced by owner Mark Davis, who called it the "biggest day of my life," nearly 20 years after Gruden was hired by the late Al Davis as a 34-year-old unproven coach.

After coaching there for four seasons, from 1998 to 2001, Gruden was traded to the Tampa Bay Buccaneers for two first-round picks, two second-round picks and $8 million.

Davis said he has been dreaming of pairing Gruden with general manager Reggie McKenzie since taking over the franchise in 2011, after his father's death.

"It was a six-year dance," Davis said Tuesday. "He never said yes. He never said no. The process, you'd never believe it if I told you."

Davis said he "got close" four times since 2011 to getting Gruden to return, but each time Gruden chose to stay in ESPN's Monday Night Football booth.

"I think I was deep down somewhere [wanting to coach again]," Gruden said. "You know, I was at a point in my life where I wanted to be with my family. My sons were at an age where I had a chance to coach in high school, be around them. But this place, this man [Davis] right here, has a lot to do with why I'm here today.

"The timing is right. It really doesn't have anything to do with the contract. I just want to be a part of the Raiders again. I want to finish my coaching career as an Oakland Raider, and I can't wait to get started."

Davis made a side trip to Gruden's Tampa home during the Raiders' stay in Sarasota, Florida, in October and said he "got the feeling that this time it was the real deal" that Gruden might return.

"He's got a database that is beyond comprehension, of just football," Davis said. "And I used to live with somebody that did the same thing. So I have faith in him.

"I see a lot of my dad in him. The passion for the game."

The Raiders, under Jack Del Rio at the time, had just lost five of six games.

"At that point in time, I just wanted to know if [Gruden] could help me figure out how to fix this franchise, because I felt that there was a lot of regression, obviously on the offensive side of the ball," Davis said. "The defense hadn't started clicking at that point in time. So I just wanted to know if he had some input for me. And that might be the first time I started to get the inkling that, 'Hey, maybe this time he may be the one to come back and fix it, rather than helping me try to figure it out.'

"He was ready. He was ready to do it. I just want to give him everything he needs to be successful. That's my only goal."

Davis said he spoke with Gruden on Christmas Eve in Philadelphia, the night before the Raiders played at the Eagles.

"I felt confident he was all-in," Davis said of Gruden.

On New Year's Eve, the Raiders dropped their fourth straight game, at the Los Angeles Chargers, to finish 6-10, and Davis fired Del Rio immediately after the game.

Davis said the pending move to Las Vegas in 2020 had nothing to do with hiring Gruden.

"It was six years ago that I started on this," Davis said. "At that time, we were trying to get a stadium built in Oakland and I wanted Jon Gruden to run the Raider franchise, with Reggie McKenzie."

Gruden, reported to have signed a 10-year contract likely worth $100 million, will work with McKenzie, the general manager, on personnel moves.

"It is a team effort," McKenzie said. "We are a team. It is going to be a Raider decision, bottom line. We are going to work great together."

Davis said there would be no pressure on Gruden to win immediately, though he has said in the past that he wants to win a Super Bowl before leaving Oakland. The owner said the Raiders have a strong leadership now, while crediting Del Rio for getting the team moving in the right direction.

"I just, in my heart, I feel this is the thing to do," Gruden said. "This is what I want to do. This is the organization that I want to be a part of, and I am all-in. I only live one time. This is something I feel deeply, strongly about, and I am going to do everything I can to hire a great coaching staff and put the Raiders back on track."

"Somebody asked me what was harder, getting the 31 votes to move to Las Vegas or getting Jon Gruden?" Davis said. "And by far, to get Jon Gruden was the toughest."

In another move, Gruden's son, Deuce Gruden, is leaving his job with uncle Jay Gruden and the Washington Redskins to join his father in Oakland, according to the San Jose Mercury News. Deuce Gruden has been with the Redskins' strength and conditioning staff since the 2016 season, serving first as an intern and then as a full-time coach. 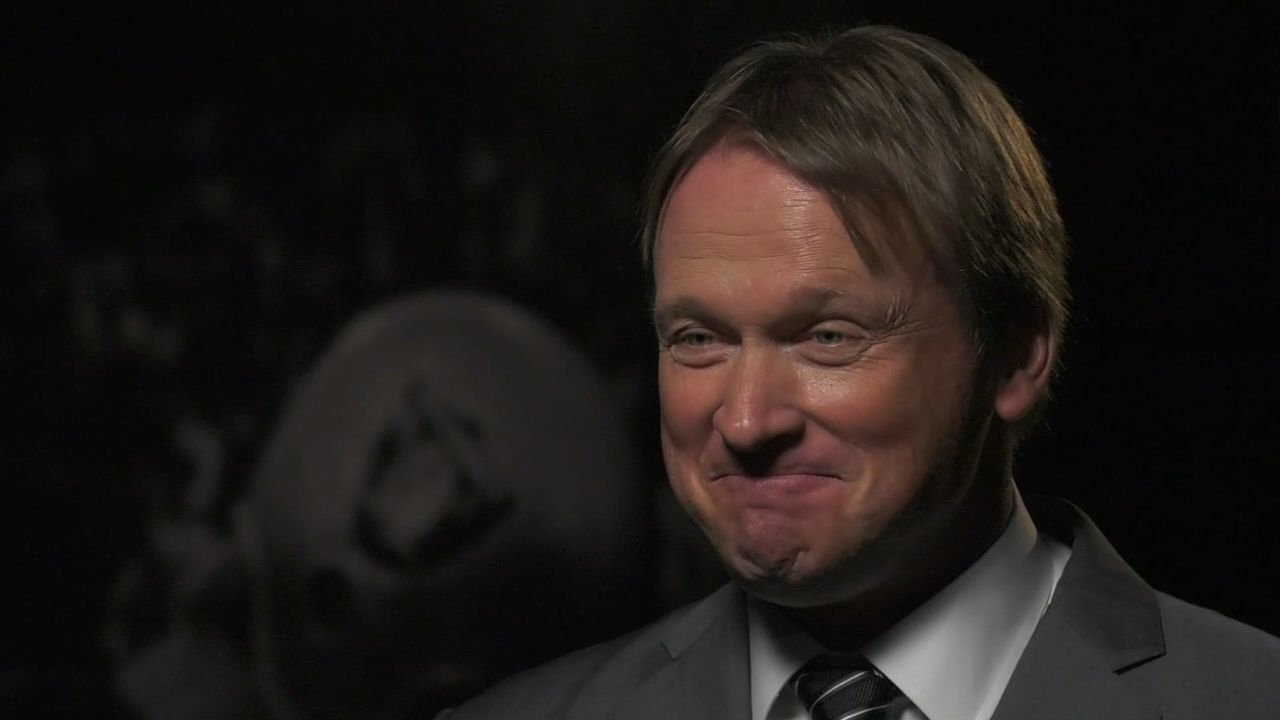