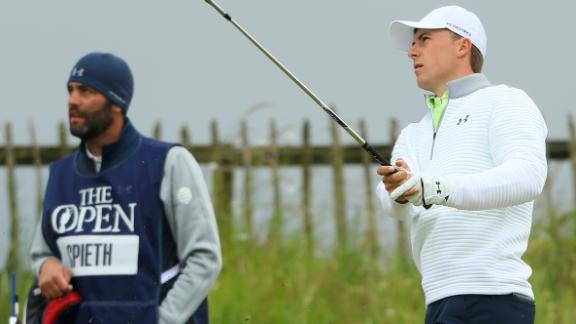 TROON, Scotland --Jordan Spieth has snapped an unwanted streak at The Open.

The 22-year-old Texan had gone 10 straight rounds in major championships without breaking par. That run ended Sunday, when he shot a 3-under 68 in the final round at Royal Troon.

Spieth made an eagle at the par-5 fourth hole and added three more birdies on the inward nine to become the first player all day to break par on another windy day along the Irish Sea. It was his best round in a major since a 66 in the opening round of this year's Masters.