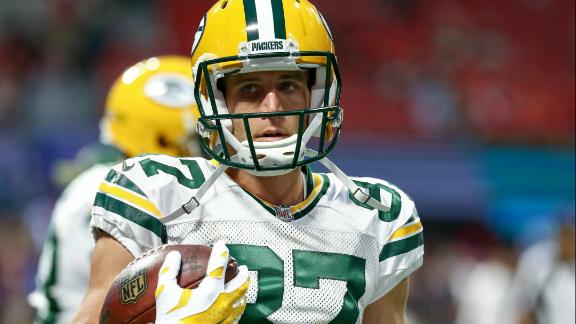 GREEN BAY, Wis. -- The end of Jordy Nelson's 10-year run with the Packers wasn't just a financial decision. It was a football move too.

At least that's the way the Pro Bowl wide receiver described it Monday during a radio interview on ESPN Milwaukee.

Nelson, who was cut March 13 and signed a two-year, $14.2 million deal with the Oakland Raiders two days later, confirmed the Packers offered a significant pay cut that he considered until he met with general manager Brian Gutekunst and discussed his likely role with the team this season.

"I think the number was part of it, but also the conversation I had in the meeting," Nelson told the Wilde & Tausch Show. "I met with Brian and had a discussion because I had to get a feel for not just the pay cut but what their plans were going forward. After that meeting, there wasn't, I don't think, much desire there. I think with the combination of both, we decided what was best for myself and my family [just] as they decided what was best for them and the Packers."

Nelson, who turns 33 in May, had one season left on a four-year, $39 million contract and was scheduled to make $10.25 million in salary and bonuses with the Packers this season.

His production dipped sharply last season after quarterback Aaron Rodgers broke his collarbone in Week 6. Nelson had six touchdown catches in the first five games but none afterward and finished with 53 catches for 482 yards, but he still felt he could be productive in the Packers' offense.

"It was disappointing," Nelson said. "I mean, there were enough rumors that we knew something could possibly happen. We knew about a week in advance that it was going to be a discussion on me taking a pay cut or a restructure of some sort to help out with the cap number, but at the end of the day, it wasn't what we thought was right and we made the decision to move on. It was hard."

Nelson ranks third among Packers wide receivers in receptions (550), fifth in receiving yards (7,848) and second in touchdowns (69). He was one of the team's most popular players and a favorite target of Rodgers. Together, they hold the club record for most touchdowns by a quarterback-receiver combination (65), breaking Brett Favre and Antonio Freeman's mark of 58.

However, Davante Adams emerged last season as the Packers' go-to No. 1 receiver, and they decided to keep Randall Cobb despite a similar salary to Nelson.

"I think the hurt part was, to be honest, was the unwillingness to try to make it work," Nelson said. "But then again, it's a business, and they have to do what they think is best. What they need to do is to be able to move forward and prepare for the future of the Packers. But I think that was just part of it, but that's the way it is. I'm definitely not the only one that's been cut or released when you don't think it's going to happen, and it's not what you want to hear when you go into a meeting with them. But we've moved on."

Nelson said he had visits planned with the Seahawks, Saints and Ravens but opted to sign with the Raiders after his first free-agent visit.

"It's going to be great to be back with E.B. as my receiver coach and all that," Nelson said. "We'll move on. We've mourned for a little while, but we're ready to move on."

Nelson said his motivation isn't to show the Packers that they made a mistake.

"I take it the other way and try to prove the Raiders right," Nelson said.

Packers president Mark Murphy told reporters Sunday at the NFL annual meetings in Orlando, Florida, that he knew the decision to release Nelson would be unpopular.

"On the Jordy [situation], what we have tried to do over the years is provide the resources to football so they can make decisions based on football, not business matters," Murphy said. "That cuts both ways. And if you think you need the money and we have it to sign somebody, you can do it, but also, I'm not going to say you can't release somebody because he's really popular in the community." 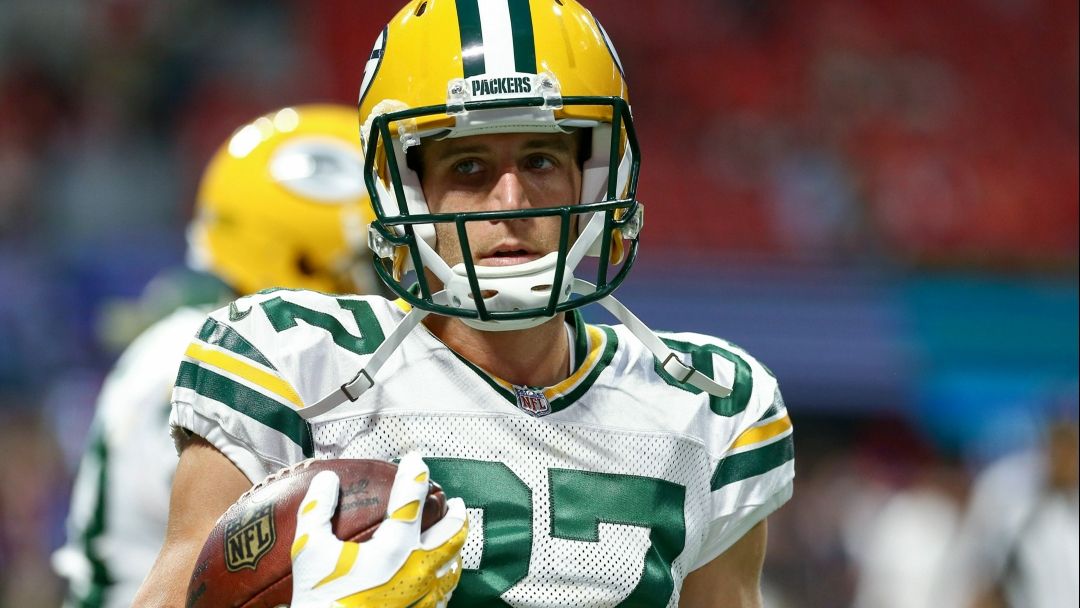