KD unlikely for Game 1; Cousins 'up in the air' 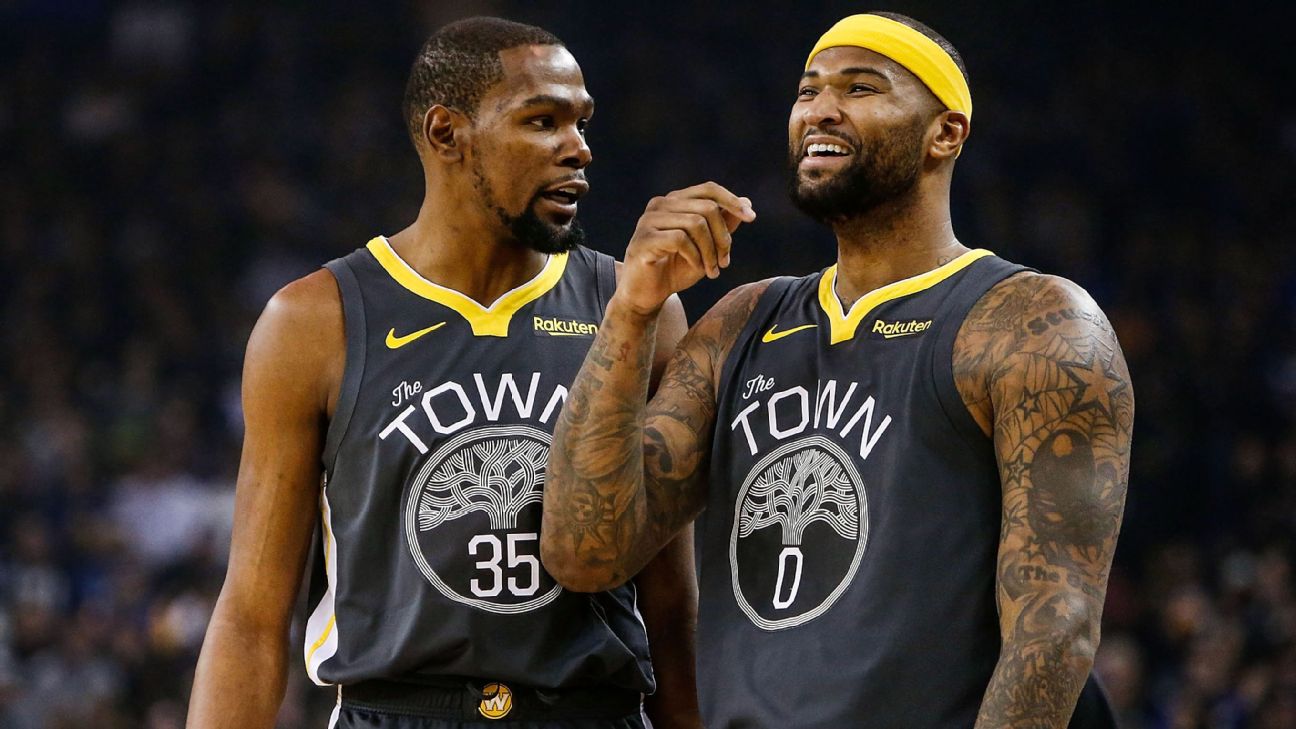 OAKLAND, Calif. -- Golden State Warriorsforward Kevin Durant is unlikely to be ready for Game 1 of the NBA Finals as he continues to recover from a right calf injury, the team announced Thursday.

Durant hasn't played since injuring his calf in Game 5 of the Western Conference semifinals against the Houston Rockets on May 8. He was reevaluated by the Warriors medical staff Thursday and still hasn't been cleared for on-court work.

"I would say we feel like he is going to be back at some point during the series," coach Steve Kerr said after Thursday's practice. "That's our thought. That's our gut. Again, there is nothing clear-cut. We leave it up in the air, [he] keeps doing what he's doing and we hope for the best."

Kerr and the Warriors have remained noncommittal about Durant's possible return over the last two weeks because they just aren't sure how he will continue to respond to treatment. They have all noted how much they need him back as they attempt to win their third straight championship, but also understand they must prepare as if he won't be back for the start of the NBA Finals against either the Milwaukee Bucks or the Toronto Raptors next Thursday.

"It's just how he responds," Kerr said. "There has never been a point in this process where we've been able to say he is going to play on such-and-such date. There still isn't. Just keep going, keep moving forward."

Draymond Green said the Warriors will remain confident, with or without Durant in the lineup.

"I've just gotta keep the same mindset I've had when Kevin's out," Green said. "Just continue to stay aggressive. Continue to push the pace. Try to make plays for everybody. Not going to be easy, as we know. Nonetheless, we're a very confident group in whoever we got out there. We feel like we can win."

The good news for Golden State on Thursday was that injured center DeMarcus Cousins participated in his first full practice since tearing his left quadriceps on April 15, in Game 2 of the Western Conference quarterfinals against the LA Clippers. After initially saying it was "unlikely" Cousins would return this season, Kerr said Cousins' availability for Game 1 is "up in the air."

The team is confident Cousins will be able to return at some point after the series begins.

Cousins needs to get his conditioning to a point where Kerr feels comfortable putting him back into a game after so much time off.

"DeMarcus looked good," Kerr said. "He went through the whole practice. He doesn't have any more pain. Strength in his quad is good. Now it is about conditioning, getting shots up, playing 5-on-5, playing basketball."

Kerr said swingman Andre Iguodala, who missed Game 4 of the Western Conference finals with a calf injury, didn't practice Thursday but is expected to be ready for Game 1.

The Warriors will practice Friday and Saturday and then take Sunday off as they continue to wait and see how the Eastern Conference finals play out between the Bucks and Raptors.

"We won't prepare for either team until there is a series winner," Kerr said. "We'll just prepare ourselves and get our own team ready. Once we have an opponent, we'll go to work there." 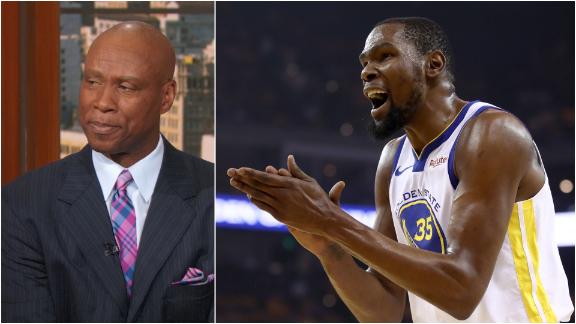 Scott 'not worried' about KD missing start of NBA Finals
Byron Scott is not concerned about Kevin Durant potentially missing early action in the NBA Finals, but adds that the Warriors will need KD to win the title. 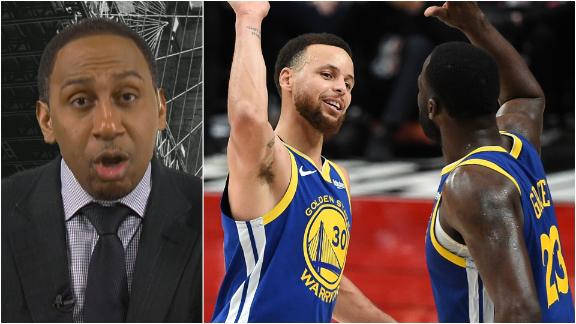 Stephen A. doesn't see anyone beating Warriors
Stephen A. Smith likes how the Raptors are playing the Bucks, but he doesn't think either team can beat Golden State in the NBA finals. 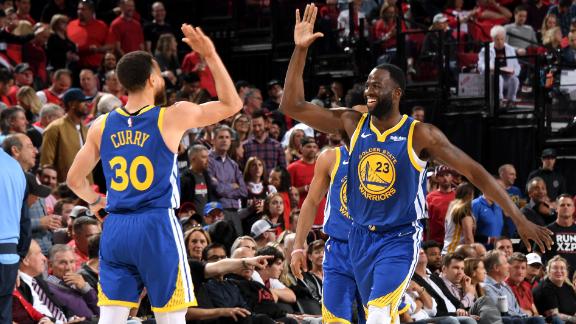