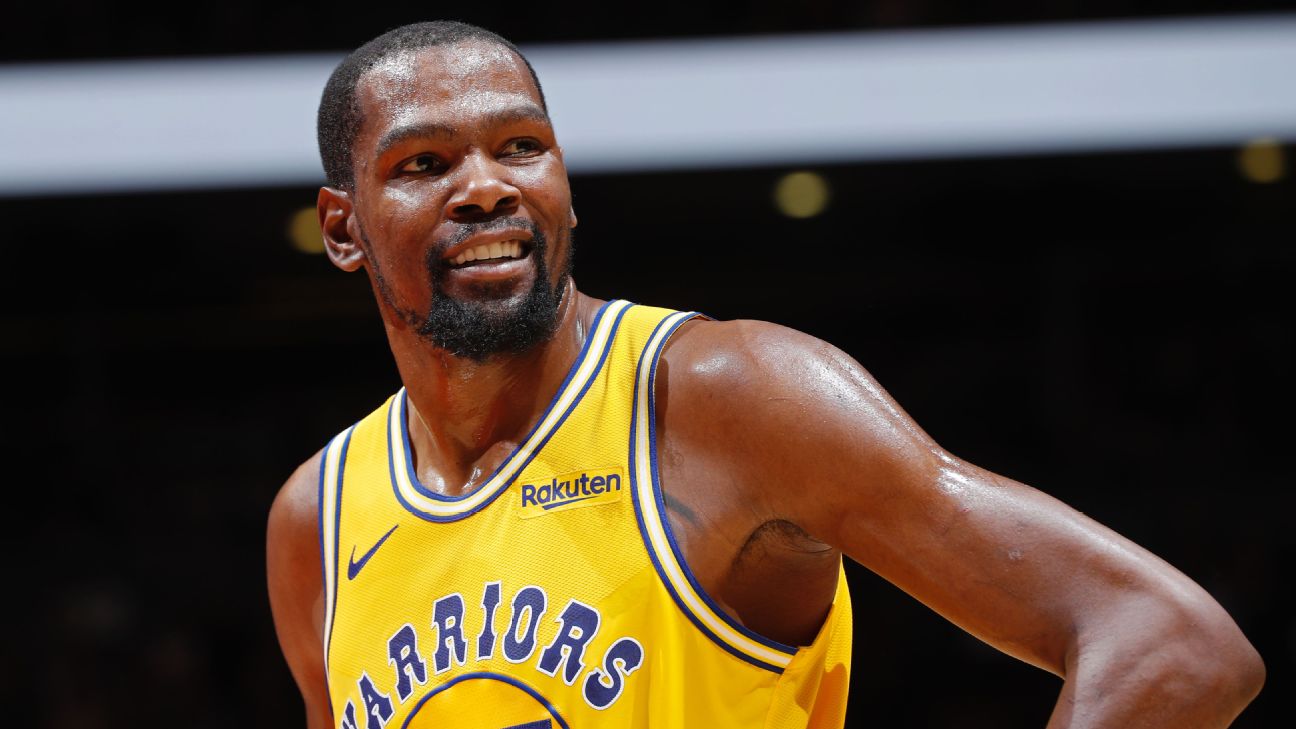 OAKLAND, Calif. -- Kevin Durant is out and Klay Thompson is questionable as the two Golden State Warriors stars battle injuries ahead of Game 3 of the NBA Finals.

Durant, who has not played since injuring his calf on May 8 against the Houston Rockets in the Western Conference semifinals, did not participate in Tuesday's practice but appears to be getting closer to a return as he continues to work behind the scenes.

"Kevin is going to get on the floor at the practice facility later today," coach Steve Kerr said. "He did not get on the floor here. He was here for our film session and for some treatment, but he'll be getting some work in this afternoon. He's out for [Wednesday], but improving. And we'll just keep updating you when we have something."

Kerr said prior to Game 2 in Toronto Raptors that it was "feasible" that Durant could practice just once and then be cleared to play. The Warriors are scheduled to practice on Thursday with Game 4 on Friday night.

As for Thompson, he is optimistic about playing in Game 3, but it all hinges on how his injured hamstring is feeling on Wednesday night.

"It will be a game-time decision," Thompson said. "But for me personally, it would be hard to see me not playing. Hopefully I'll feel much better tomorrow and be a go for tip-off."

Thompson spent some time after practice speaking to Kerr, Warriors general manager Bob Myers and Warriors director of sports medicine and performance Rick Celbrini on the bench, before getting a few shots and free throws up.

"He thinks he'll be ready to go," Kerr said. "But as I said the other night, Klay is always going to say he's ready to go. What we'll have to determine is is that a risk? If he plays, are we risking anything?

"If the training staff feels good about his ability to go out there and play without making things worse, then he'll play. But if there's a risk, we would rather give him the next couple of days to continue to heal and hopefully have him out there for Game 4. But it's literally day to day."

Thompson was confident he would be able to play through pain, noting how much he hates missing games.

"Obviously I would do anything I can to be out there," Thompson said. "But it's all in their hands. If there's any pain, it will be a no-go just because of the position we're in. This could be a longer series, so there's no point in trying to go out there and re-aggravate it and potentially keep myself out of the whole entire Finals instead of just one game."

Thompson noted that he is in less pain now than he was following Sunday's win and feels good about the possibility of playing given that he feels much better about this injury than he did after suffering a high ankle sprain in Game 1 of the 2018 Finals against the Cleveland Cavaliers. Thompson didn't miss a game during last year's Finals, either.

"I think it's just when I have to stop on a dime or make hard cuts," Thompson said. "That's when you feel it the most. But if I can just be out there even at 80 percent, I still think I can be very effective. I'll do whatever I can to get to that full hundred. But if not, I'll still be out there and trying to do what I can to help my team win."

On top of Durant and Thompson's lingering status, Kerr also made it clear that center Kevon Looney would miss the rest of the series after suffering a non-displaced first costal cartilage fracture in Game 2.

"I feel so bad for Loon, especially," Kerr said. "Klay and Kevin, we're very hopeful they're going to be back out there. But Loon, much like DeMarcus Cousins the second game of the playoffs, when these guys go down and especially during the postseason you just feel so badly for them. But the job is to move on and give your team the best chance to win. So we just meet every day and try to figure it out."

Veteran swingman Andre Iguodala continues dealing with a left calf injury, but Kerr said that Iguodala practiced on Tuesday and expects to play in Game 3.

The Warriors are tied 1-1 with the Raptors as the series shifts to Oakland for Wednesday night's Game 3 at 9 p.m. ET on ABC. 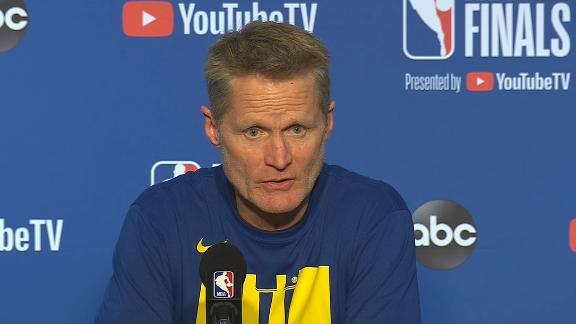