Kevin Durant says he's over questions about him and Thunder 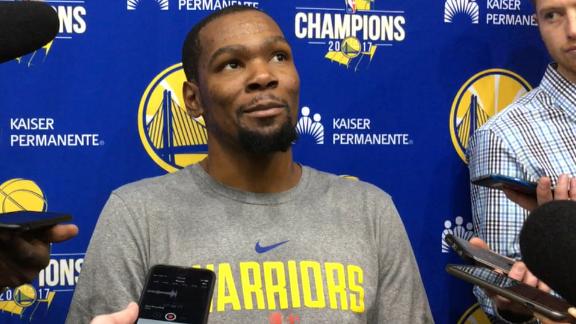 OAKLAND, Calif. -- Golden State Warriors forward Kevin Durant is ready to play his former team, the Oklahoma City Thunder, but he isn't up for divulging the depths of his relationships with players on that team.

"I got a question: Why do you care so much?" the 2017 Finals MVP said when a reporter asked him if he talks to former teammates when they touch down in the Bay Area.

He acknowledged that there are a lot of players on the current Thunder roster who weren't there when Durant called Oklahoma City home.

Tuesday night's contest at Oracle Arena will be Durant's fourth game against the Russell Westbrook-led Thunder. The Warriors are 4-1 against OKC since Durant joined them, but he sat out one of the wins last season while recovering from a knee injury.

Durant says he is fatigued by questions centered on generating quotes about how cool he is with members of the Thunder.

"Yeah, because it's not even about the game," he said. "It's about the personal s---. We can talk about basketball for a second if y'all want."

The 6-foot-11 forward is averaging 33.5 points and 8.2 rebounds in those four games versus Oklahoma City.

"I'm already ready to play, already excited to play," he said. "I just don't get up for marquee games; I just try to get better every time I step on the court. That's what I'm excited about."

The lone loss he has experienced against them came at Chesapeake Energy Arena this season. The Nov. 23 game was filled with emotions, and it featured a moment in which Durant and Westbrook were forehead-to-forehead talking trash.

It resulted in a 17-point blowout with Westbrook going for 34 points, 10 rebounds and nine assists.

Durant said after that game that he began looking at the Thunder as just another opponent.

"We don't play them as much," Durant said. "I've been in the league for so long now [that] every game to me is an opportunity to step on the court and do what I love to do the most and perfect my craft and get better."

Golden State, which has the best record in the NBA, holds an 11-game lead in the Western Conference standings over Oklahoma City, which has lost four straight games. 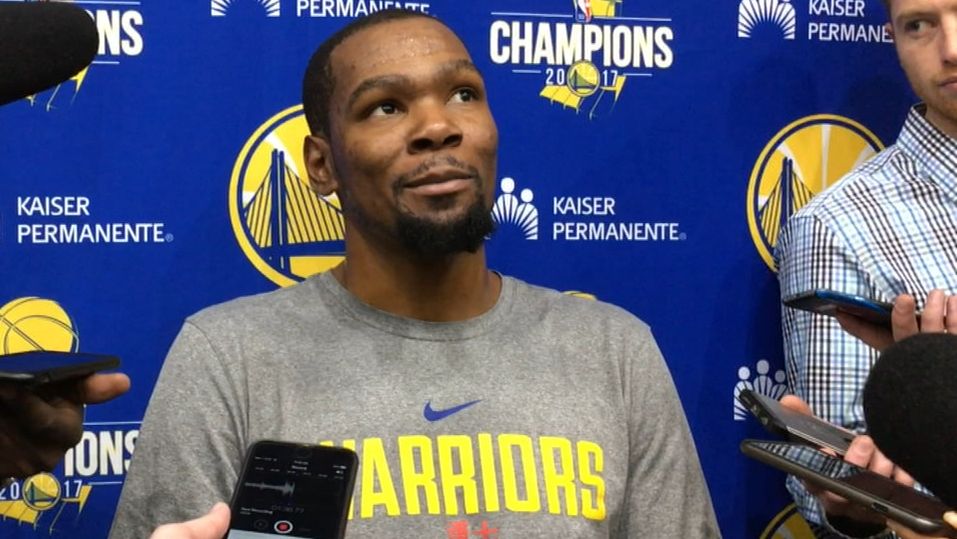 Durant tired of personal questions about Thunder
Kevin Durant prefers to answer basketball questions and snaps back asking why there's so much interest about his relationships with his former teammates in OKC. 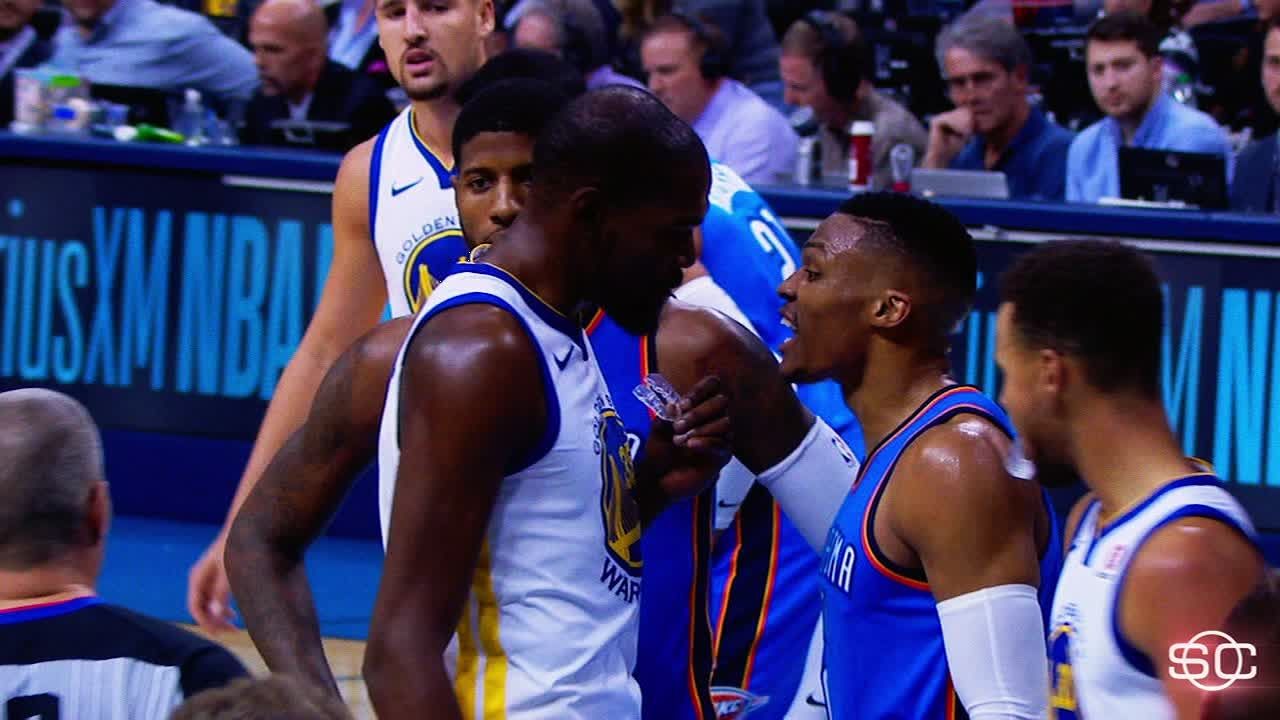