ESPN
By Dan Graziano
HOUSTON -- Kyle Shanahan has a tough job Sunday night, but the job he has a couple of days later is going to be a lot tougher.

The Atlanta Falcons' offensive coordinator says he's singularly focused on helping coach his current team to victory over the New England Patriots on Sunday in Super Bowl LI. But it's well known by now that, once the game is over, Shanahan is to become the next coach of the San Francisco 49ers. And while ascending to head coach is the dream of most coordinators, moving from the Falcons to the 49ers right now is like trading in a sports car for a box of Legos and four wheels.

The Niners just gave totally inexperienced former player and broadcaster John Lynch a six-year contract to be their next general manager -- a move Shanahan had to bless because the Niners were determined that their next coach/GM combo be comfortable working together. The contract Shanahan receives to be a first-time head coach is expected to be the same length, and his role in helping find the new GM speaks to the power he'll have. Six years is an unusually long contractfor an NFL coach or executive, and these deals stand as unspoken admission that the project Shanahan and Lynch are undertaking is not expected to be quick or easy.

Which is good, because if the 49ers thought otherwise they'd be kidding themselves. This is a 2-14 team that has changed coaches three years in a row, has no idea who its quarterback will be in 2017 and had no players selected to this year's Pro Bowl. Shanahan is a brilliant designer of game plans and executor of in-game offensive adjustments. His new job is going to require him to be much more. Basically, he has to rebuild the 49ers franchise.

Shanahan is only 37 years old, but he has been an NFL offensive coordinator for nine years already and was more or less raised for this. The son of two-time Super Bowl-winning former Denver Broncos coach Mike Shanahan, Kyle's answer when asked what advice his father gave him about building an organization sounded specific to the one he's joining.

"Just be patient, make sure to do it the right way," he said. "You've got to make smart decisions. You're always trying to win games, but it's always just for that week. It's for the future."

One thing of which 49ers fans can be certain: Their new coach is a man who knows what he wants. As an offensive coordinator, Shanahan has not held personnel power, but he has offered input into his teams' decisions on adding players. Part of the reason the Falcons spent big on free-agent wide receiver Mohamed Sanu last offseason was because Shanahan saw a specific role for him in Atlanta's offense.

"He's an excellent player evaluator, and I think he can evaluate any position," said Falcons quarterbacks coach Matt LaFleur, who has worked on Shanahan's staff eight of the past nine years in Houston, Washington and now Atlanta. "He has a vision for what he wants, and he knows how to find those players to fit exactly what that vision is. He can recognize what players do well and put them in position to be successful. I think that's one of his best attributes."

It's not that Shanahan believes he can work only with players who fit his system. Part of his belief about player evaluation and acquisition is that it helps maximize a player's talent when you can clearly articulate the role and expectations you have for him.

"You look at a Julio Jones, and he can do whatever. He can do anything," Shanahan said. "But there aren't many like him, and if you're not getting someone like that, you've got to look closely at their traits. Find out what a guy does best, and then can you put him in a scheme where you only ask that of him."

The most important thing Shanahan will have to do in San Francisco is find a quarterback. Colin Kaepernick is expected to opt out of his contract, and the other two quarterbacks on the roster -- Blaine Gabbert and Christian Ponder -- are free agents. Shanahan evaluated Jimmy Garoppolo as part of the 2014 draft class when he was in Cleveland, and the Patriots' backup could be available in a trade. The 49ers have the No. 2 overall pick in the April draft and could take the first quarterback off the board.

Shanahan is not giving away any quarterback plans, but he had the same answer multiple times this week when asked what he's looking for.

Expect some familiar faces to follow Shanahan to the Bay Area. He may have a hard time prying coaches away from the Falcons to bring with him, but it would be no surprise to see some players accompany him. Matt Schaub, the Falcons' backup quarterback, played for Shanahan in Houston and is a free agent, as isChris Chester, the Falcons' starting right guard, who played for him in Washington. Having players who know and understand what you want to do and can communicate it to the ones who don't is important for a new coach facing a challenge as daunting as this. And Shanahan's players believe in him.

"He just knows football," Chester said. "He's as comfortable talking defense as he is talking offense, and he can break down a play from either perspective. He may be the best I've ever seen in terms of X's and O's, and he understands the whole game, the whole organization. In part, I think that's because of his background and his experience with his dad, who must be a great resource for him to have."

Shanahan has taken several opportunities this week to insist that his father will not be accompanying him to the 49ers. He coached under Mike in Washington, but this show is going to be his own, along with Lynch.

"I truly believe that, whenever you have a smart guy with high character who works extremely hard, when you have a guy with those qualities, it's only a matter of time before he figures it out," Kyle Shanahan said. "If I'm going to bet on somebody, I'm going to bet on John Lynch. John has succeeded at everything, and that's what excites me about him."

Whether Lynch, Shanahan and whichever coaches, players and personnel executives end up surrounding them will succeed in San Francisco is impossible to foretell. Shanahan has the talent to do this job, and he's got a résumé that says he deserves the chance.

But this particular job he's taking is a hard one. There's no Matt Ryan or Julio Jones or Vic Beasley Jr. in San Francisco. If Shanahan wants to get back to the Super Bowl with his new team, he's going to have to figure out a way to find or make them. 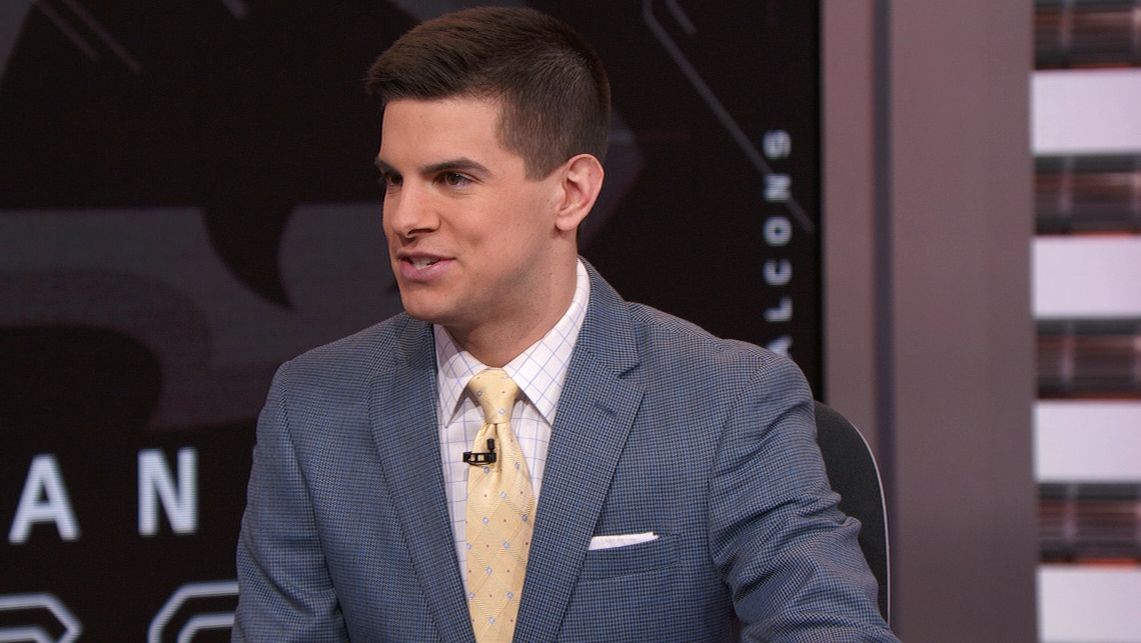 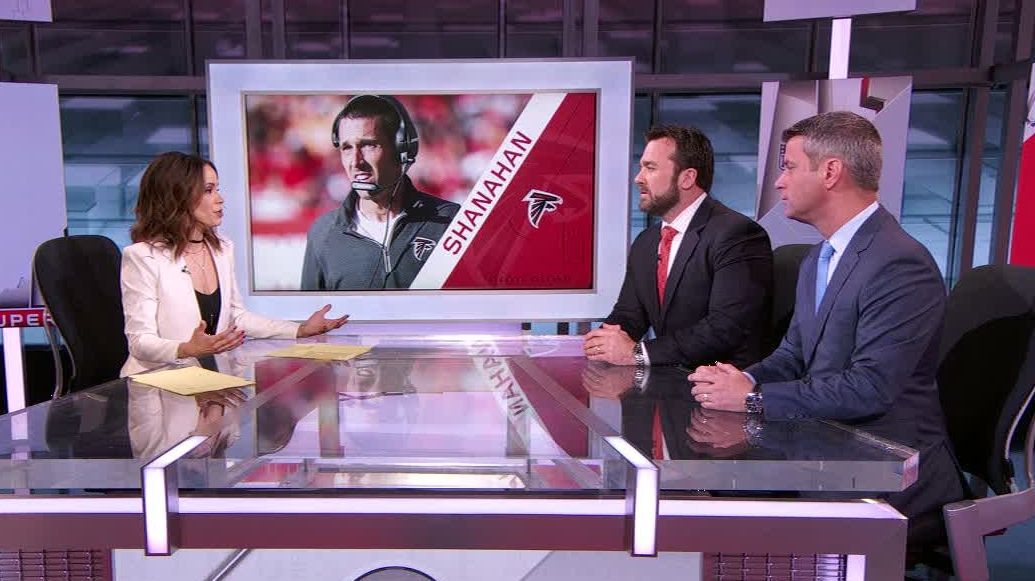