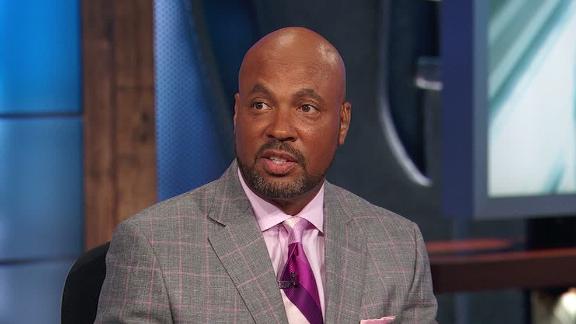 A class-action lawsuit was filed Thursday against the NFL for the cancellation of the Hall of Fame Game because of poor field conditions.

The lawsuit, which was filed in Ohio, at the United States District Court, Northern District of Ohio Eastern Division, seeks more than $5 million in damages from the NFL and the Pro Football Hall of Fame.

Plaintiffs Alan Biland (from Wisconsin), Matthew Crabb (Indiana), Tiffany Ratcliff (Virginia), and Carmelo Treviso (Wisconsin) filed the suit to recover "damages owed to themselves and others similarly situated." They are represented by attorney Michael Avenatti, who represented ticket holders for the 2011 Super Bowl who wound up without seats in Dallas and ultimately placed in temporary seating that had obstructed views.

The plaintiffs are requesting a jury trial.

The lawsuit states that the NFL has a "history of mismanaging the stadiums where its games are held," citing Super Bowl XLV in Dallas.

It states that like the 2011 situation in Dallas, several fans attending Sunday's game were displaced from their seats due to "incomplete installation of temporary seats, which were deemed unsafe and unusable by the local fire marshall."

The suit notes that the playing surface at the Hall of Fame's stadium has previously caused problems and cites the career-ending injury suffered by former Pittsburgh Steelers kicker Shaun Suisham in the 2015 game.

It alleges that decking that was put on the field for an Aug. 5 Tim McGraw concert and then the Aug. 6 Hall of Fame induction ceremonies was supposed to be removed from the field by 8 a.m. on Sunday but wasn't actually removed until 2:45 p.m.

It also alleges that "even as it became clear that the game would not be played, defendants continued to maintain a facade of normality for fans and the general public," including a countdown clock on the scoreboard. Because of that, fans continued to purchase food and souvenirs as they waited for the game to start.

The plaintiffs note NFL executive Troy Vincent's memo to teams in which he wrote "ultimately I am accountable for ensuring the field is of the highest standard" and Colts owner Jim Irsay's comments on Sunday after the game was canceled as NFL officials purporting to "admit responsibility."

The game between the Green Bay Packers and Indianapolis Colts was canceled after paint congealed and hardened on portions of the field at Tom Benson Hall of Fame Stadium.

Avenatti told The Associated Press earlier this week that the hall's plan to only refund ticket prices was far too little. He cited "greed'' for that and blamed the NFL far more than he did the Hall of Fame.

"They could have offered what these fans paid for the tickets and to reimburse them for any expenses incurred'' that could be proven. "The league has a history of being cheap with its fans.''

The lawsuit over the Dallas Super Bowl began as a multi-million class action, but was not certified and the claims were significantly pared down. Most of the plaintiffs did collect some damages and were offered replacement tickets for a future Super Bowl.
Related topics:
sportsespnnfldamagespro football hall of famegreen bay packersclass action lawsuitsuper bowlhall of fame gamehall of famehofindianapolis colts
Copyright © 2022 ESPN Internet Ventures. All rights reserved.
TOP STORIES
Where abortion stands nationally: State-by-state breakdown of laws
How does overturning Roe v. Wade affect IVF treatments?
SF Pride Parade and Celebration | Watch live Sunday on ABC7
What does Supreme Court decision on abortion rights mean for CA?
Planned Parenthood responds to SCOTUS decision: 'Do not lose hope'
Rep. Speier: SCOTUS abortion ruling is 'mandating pregnancy'
Brian Laundrie confession letter released: 'I ended her life'
Show More
Biden vows to 'do all in my power' to protect abortion access
What to know: Many fires burning across SF Bay Area right now
How personal data could be used to enforce anti-abortion laws
SF Pride: What to know about events, performers, live stream
ABC7's new 24/7 live stream offers local news, weather
More TOP STORIES News