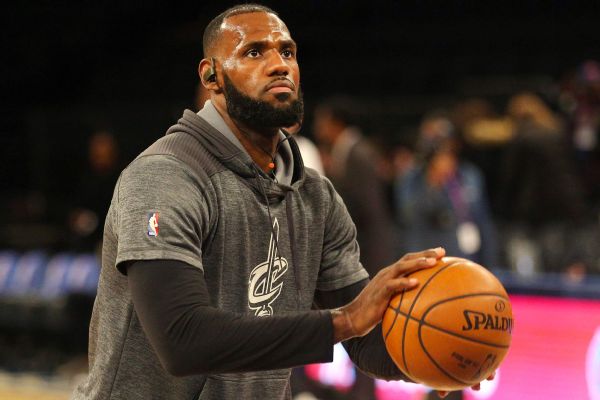 James and team owner Dan Gilbert have different views on the issue, and it has been straining the relationship, sources said. The matter has been exacerbated by the team's struggles on the court; the Cavs lost for the sixth time in eight games, 116-112 to the Sacramento Kings in overtime, on Wednesday night.

When James was considering a return to the Cavs in 2014, he pressed Gilbert on whether he'd be willing to spend unconditionally on talent, regardless of the luxury-tax cost, sources said. Over the course of several meetings with James and his representatives, Gilbert agreed, and James subsequently signed with the team.

The Cavs (30-14) are currently committed to $127.5 million in salaries and $27 million in luxury taxes for this season. They have spent more than any other NBA team over the three-year span.

James, however, has grown frustrated. He perceives that the Cavaliers have slowed new spending after winning their first championship, sources said.

On Monday night, after a loss in New Orleans, James might have been referring to the team's recent money decisions when he said, "I just hope that we're not satisfied as an organization."

James followed that up with a series of tweets: "I not mad or upset at management 'cause [general manager David Griffin] and staff have done a great job, I just feel we still need to improve in order to repeat ... if that's what we wanna do."

The comments angered Gilbert, sources said, because James appeared to imply it was an organizational choice whether to improve or not. This was seen by some as a reference to further spending.

"The comment about the organization being complacent I think is really misguided," Griffin said Wednesday. "Organizationally, there is absolutely no lack of clarity on what our goal set is. We are here to win championships. ... Anyone insinuating that this organization is about anything other than that would deeply upset me because ownership has invested in this at an absolutely historic level."

Teammate Tristan Thompsonwas outspoken Thursday in saying that, ultimately, it falls on the players to improve.

"Everyone that's part of this journey -- coaches -- we all got to be better. Everyone has got to take a step forward and just be 1 percent better. So LeBron's comments is what it is."

Coach Tyronn Lue said of the situation: "We gotta focus on basketball, getting back to winning. ... We're a great team. We're the champs, so we just got to get back to playing championship basketball. That's it."

Several times over the past month, James has called on the team to add a player, preferably a ball handler.

When the Cavs traded for Kyle Korver earlier this month, they saved several million by reducing payroll and also opened a roster spot. The team has elected to leave the spot open for the past three weeks.

If the Cavs were to add a player, it would cost them the new salary plus an additional $2.50 per dollar in tax for roughly the next $600,000 they would spend. After that, the penalty would increase to $3.25 in tax per new dollar spent.

Griffin said those options remain on the table, but he also made it clear he didn't feel the team needed to spend.

"We can absolutely increase payroll if it's the right piece at the right time. I've never once been given a mandate of any kind, relative to money," Griffin said. "We're not going to do something where we go ask for more money unless we believe it makes us appreciably better. ... As we have all along, ownership will do what needs to be done."

Last season, after he agreed to spend nearly $300 million in new contracts, Gilbert said: "We're committed. We're all-in. ... When you invest in something like a sports franchise and you're in for so much ... [if] you, at the margins, start pulling back, I think that may be foolish on a lot of fronts."

In addition to his displeasure about spending, James has hinted he's upset at some of the way the back end of the roster was assembled. On Monday, James mentioned that veterans like Raymond Felton and Michael Beasleysigned contracts for the league minimum with other teams in the offseason. He also referenced veteran Dahntay Jones, who was on the Cleveland roster for the playoffs and was released in the preseason.

"No disrespect to DeAndre and to Kay: You think we can rely on them to help us win a playoff game right now?" James said. "And it's no disrespect to them. But it's like, it's not fair to them."

Griffin responded by saying he felt the team needed to improve from within, not necessarily by adding a more experienced player at this time.

"We believe in this team at a deep level, and we need to get better from within and play better, quite frankly," Griffin said. "We need to have a greater sense of urgency and start to develop a championship identity. I think it's clear we have not been doing that."

Thompson said the Cavs are equipped to deal with the rut they're in.

The Cavs changed their normal schedule Wednesday and held a meeting before the game. Griffin met with James individually, and Lue met with the whole team in the wake of James' comments from Monday.

"It was a good conversation," Griffin said. "I think we both needed it. I'm happy it happened." 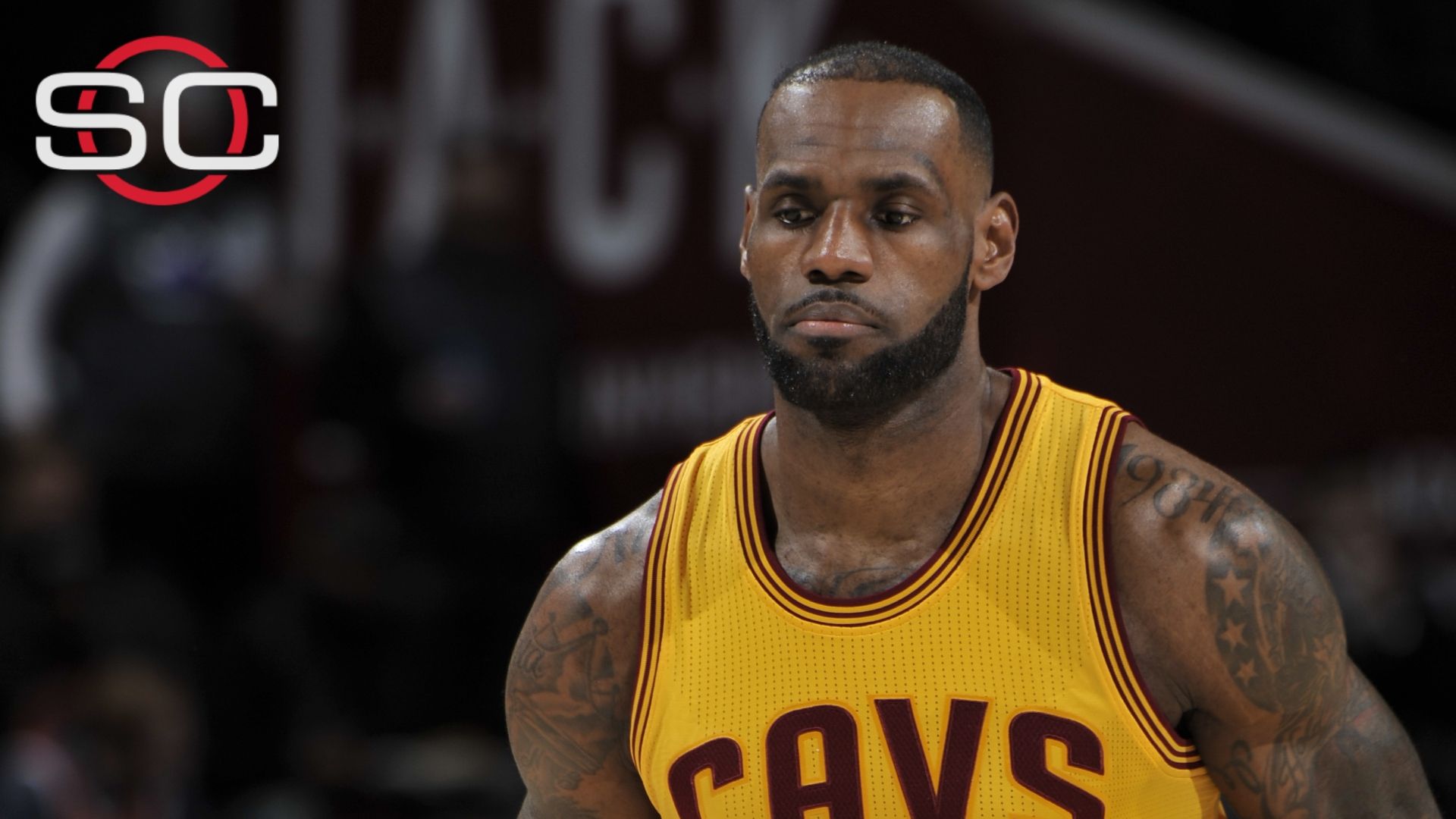 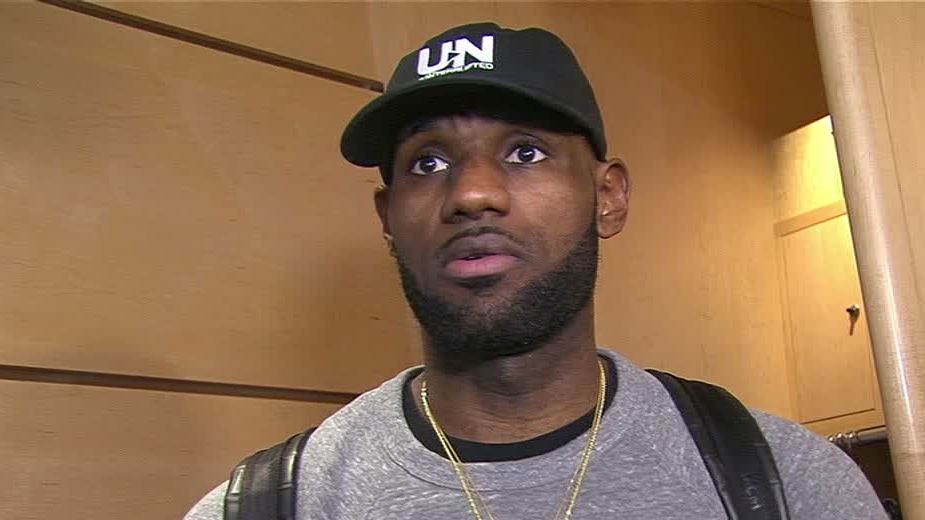