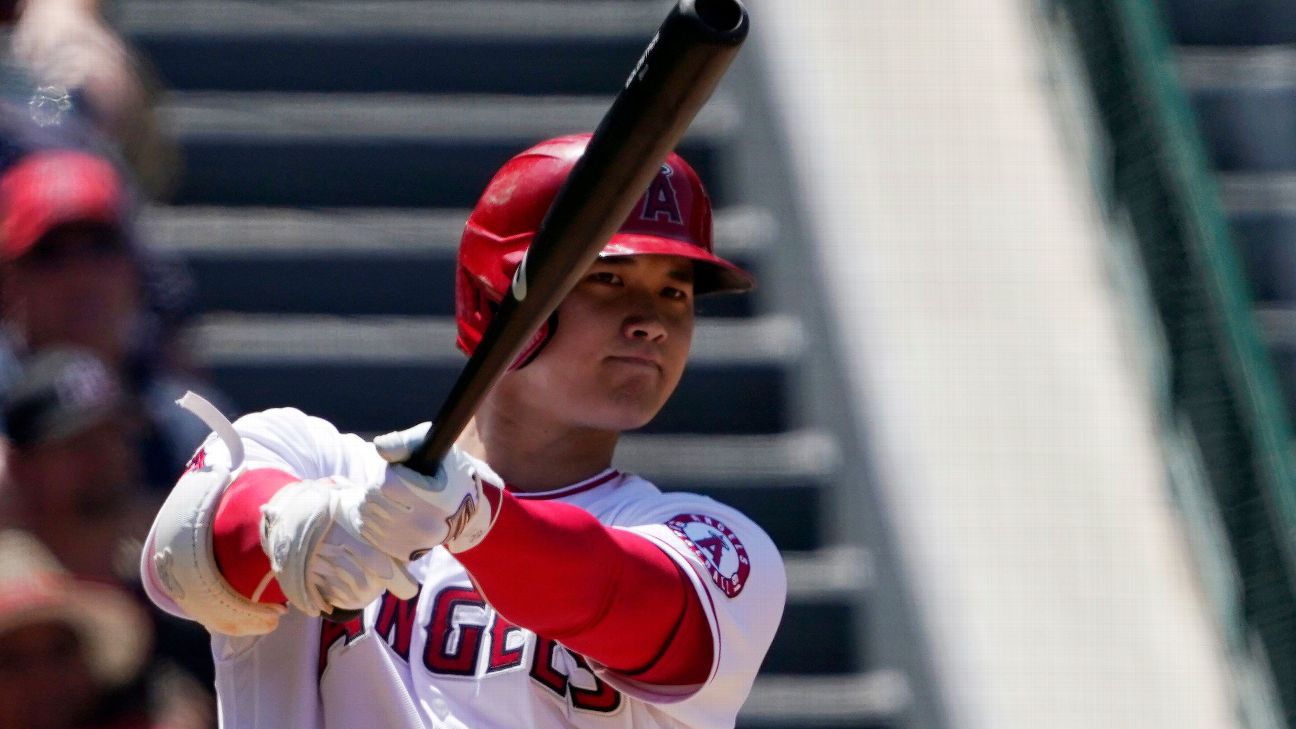 New York Mets slugger Pete Alonso, secret weapons in tow, is ready to defend the Home Run Derby crown he captured in 2019, but Los Angeles Angels star Shohei Ohtani is the No. 1 seed in this year's bracket.


The derby will be staged Monday at Denver's Coors Field.

Alonso, the No. 5 seed who defeated Vladimir Guerrero Jr.in the final round in Cleveland two years ago, will come equipped with eight customized, painted bats, featuring phrases such as "Family First" and "LFGM" as well as an homage to "300," his favorite movie.

"Anytime I'm in the box, that's my mentality," Alonso told ESPN's Joon Lee. "Even though I'm outnumbered nine to one, I'm in my little area, like when the Spartans defended, only 300 of them defended against all odds. That's how I describe how I play."

While the hometown fans will be cheering on Story, Ohtani is the big draw. He has been the big individual story of the season's first half with his performance as a hitter and a pitcher, and he leads the majors with 32 home runs, many of them of tape-measure variety. Ohtani will start Tuesday's All-Star Game as the designated hitter, and Angels manager Joe Maddon has talked to American League skipper Kevin Cash about using Ohtani as a pitcher.

Ohtani announced his intention to participate in the derby in June, becoming the first Japanese player in the contest.

"I always wanted to see a Japanese player participate in the derby, and it happens to be me," Ohtani said through his interpreter at the time. "It's really exciting for me."

A rundown of the participants:

Since the new format of the Home Run Derby was introduced in 2015, Guerrero holds the single-round record of 40, when he outdueled Joc Pederson40-39 in 2019. That included three swing-offs, as each had 29 in regulation (matching Guerrero's total from the first round). With the ball expected to fly at Coors Field, that record could certainly be in jeopardy. 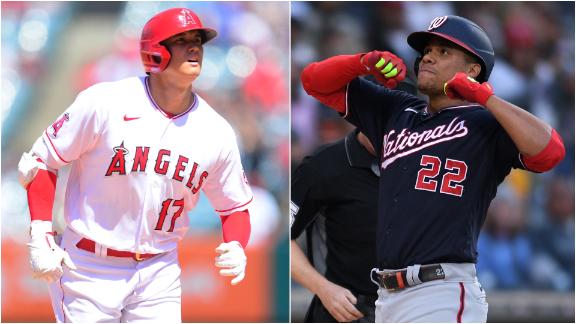 Can Soto upset top-seed Ohtani in first round of HR Derby?
Karl Ravech, Eduardo Perez and Tim Kurkjian break down No. 1 seed Shohei Ohtani's matchup in the first round of the Home Run Derby against Juan Soto. 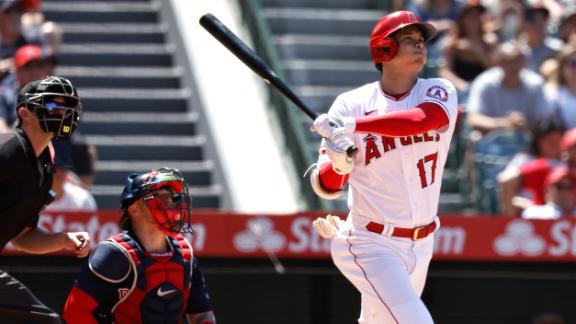