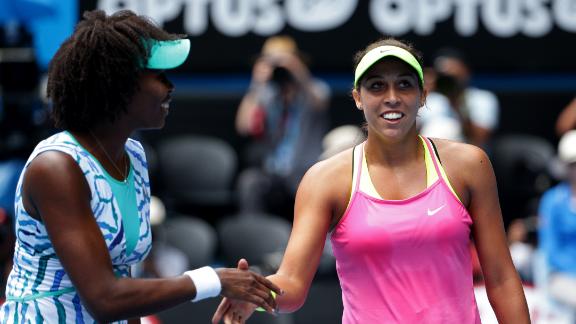 MELBOURNE, Australia -- Madison Keys got one Williams sister out of the way Wednesday at the Australian Open. On Thursday, the 19-year-old American will try to make it two, and this sibling might be a little tougher, even with a cold.

Serena Williams made the win look easy despite suffering from a bad cold the past few days. She spoke with a hoarse voice in her postmatch interview on court.

"I have to keep my answers short because I keep coughing," Serena said.

"I've been sick the past few days, and it's just getting worse and worse, but hopefully it will get better," she later added. "I heard there's a virus going around with a lot of the players, and I think I caught it."

There had been some hope that the semis might feature an all-Williams matchup at a major for the first time in more than five years. The Williams sisters last met in a Grand Slam match at Wimbledon in 2009, when Serena won the final.

The semifinalists from the other half of the women's draw already had been determined -- No. 2 Maria Sharapova will play No. 10-seeded Ekaterina Makarova, also on Thursday.

Serena's win doesn't bode well for the other three women remaining in the event. She has won the tournament all five times that she has advanced to the semifinals at Melbourne Park.

Keys received treatment on her leg after dropping serve in the second set to give Venus Williams a 4-1 lead. After the medical timeout, Keys broke serve twice to level the set at 4-all, but Venus then captured the next two games to send it to a decider.

Keys also was behind 3-1 in the final set before breaking Venus' serve three times in a row to close out the match.

"Sky's the limit," Venus said of Keys' career potential after the match. "There is no limit on what you can achieve. No one can stop you."

The loss ended an encouraging 10 days for Venus at Melbourne Park. She hadn't advanced to the quarterfinals of a Grand Slam since the US Open in 2010 and had struggled to recapture her earlier form after being diagnosed in 2011 with Sjogren's syndrome, an auto-immune disease that causes fatigue and joint pain.

For the first time in years, Venus did not face a single question in her post-match news conferences about retirement, so she did not have to reiterate that she plans to keep playing as long as she still enjoys it. She talked instead about how she still loves to win -- and at this stage she wants to win big.

"For me I like to win titles, whether it's a smaller event or a big event," she said. "That's what I play for."

In her two decades on the tour, Venus has won 46 titles. She is 9-1 to start the new year after capturing her season-opening tournament in Auckland, New Zealand.

"We just can't figure out how we're still here," Venus said about her and Serena. "I think our perspective is we're still quite good at what we do. While we're here, we're going to be here.

"It already feels like a long season already, so many matches in a row. But it's a great start. Hopefully I'll be able to keep this level up."

Said Keys: "I think Venus has helped the sport. Just watching her is inspirational. She's had her health battles. She loves tennis. She's still out here, and she's doing it remarkably well."

Regardless of the quality of the error-strewn match, Keys was pleased to be through to the semis.

"It's amazing; you just have to embrace the moment," said Keys, who is now coached by three-time major winner Lindsay Davenport. "And I get to enjoy another moment next round."

Keys said the injury was the same one that forced her to retire from her third-round match last year at Wimbledon.

"It was definitely one of those things where it wasn't nearly as bad as Wimbledon, but it was that nightmare of 'I don't want this to happen again,'" she said. "Luckily the pain meds kicked in."

She later identified the injury as a left adductor and was optimistic it wouldn't affect her in her match against Serena Williams.

Serena played one of her best matches of the tournament against Cibulkova, saving both break points she faced and hitting 58 winners.

She expects a tough match against Keys.

"I think she likes the surface," Serena said. "I'm just happy to be in the semis, and whatever happens, an American will be in the final."

Keys On Quarters Win
Madison Keys talked about her quarterfinal win over Venus Williams at the Australian Open, the influence Lindsay Davenport has had on her game and how happy she is to advance to her first Grand Slam semifinal. 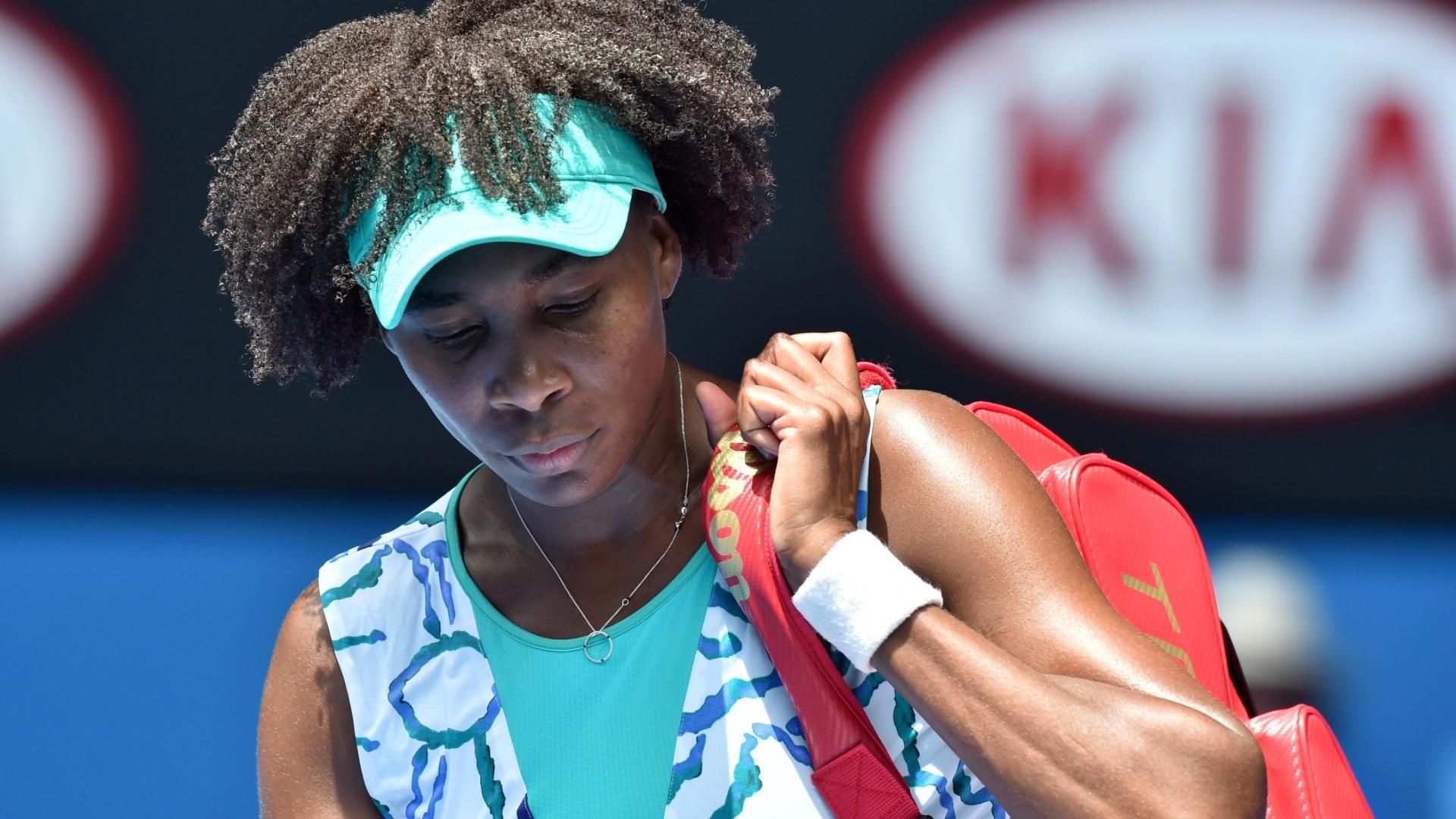 Breaking Down Keys' Win Over Venus
Mary Joe Fernandez and Pam Shriver analyze how Madison Keys was able to overcome Venus Williams and advance to her first Grand Slam semifinal where she will face Serena Williams.

Serena Sails Into Semis
Serena Williams defeated Dominika Cibulkova 6-2, 6-2 to advance to the semifinals at the Australian Open for the first time since 2010.

Serena Talks Quarters Win
Serena Williams talked about her straight-sets win over Dominika Cibulkova to reach the semifinals at the Australian Open.