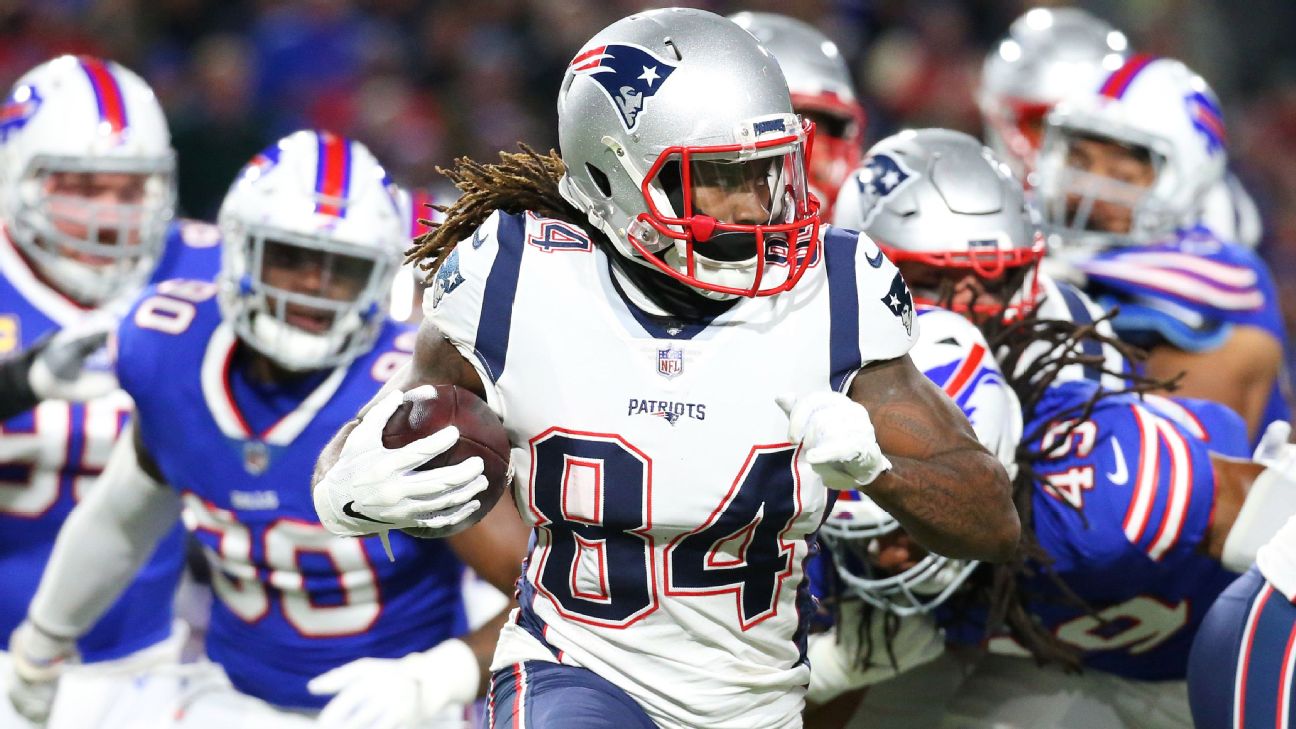 "Quite honestly, they're using him way better than we did," Zimmer said. "I wish we would have used him a little better."

Patterson, who entered the NFL in 2013 as a first-round draft choice of the Vikings, has provided a spark to the Patriots' offense in his first season with the team. He has filled in as an emergency running back, totaling 37 rushes for 156 yards (4.2 yards per carry) and one touchdown, while adding 13 receptions for 120 yards and 2 touchdowns.

"They're getting the ball in his hands quite a bit," Zimmer told Patriots reporters during a conference call Wednesday. "He is an exceptional hard runner that can make a lot of big plays. He can make guys miss. He gets a lot of yards after contact. And then, whether it's throwing him the ball, or handing him the ball, or rocket sweeps, or whatever it is ... everybody has known how talented he was. We obviously knew how talented he was here as well, but we didn't get him the ball enough in a lot of those ways that they're using him.

"Honestly, since I've been watching him on tape, I'm going to put that in the back of my mind if we ever get a guy like this again. ... That we can use him in much better ways."

Patterson, who is known most for his dynamic work as a kickoff returner, left the Vikings as a free agent after the 2016 season to sign a two-year contract with the Oakland Raiders.

After one season, the Raiders traded Patterson and a sixth-round draft choice to the Patriots in exchange for a fifth-round pick.