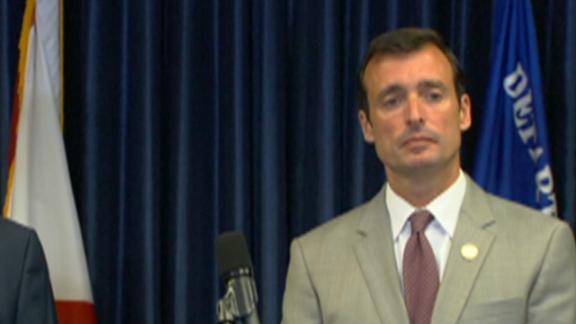 Major League Baseball officials have contacted the DEA and U.S. Attorney's office in Southern Florida in an effort to unmask the names of any players who might have violated the league's drug policy, sources told ESPN's "Outside the Lines."

Federal officials are discussing how to honor the request, which follows months of mutual frustration between MLB and the DEA over their parallel investigations into the Biogenesis clinic and related criminal activity.

Two federal law enforcement sources told "Outside the Lines" on Tuesday that a number of previously undisclosed players had been identified through the DEA's Operation Strikeout and that they expected those names to be made public through the discovery process of the case. MLB officials, however, are seeking the release of those names as soon as possible in order to begin disciplinary proceedings against the players.

DEA officials said this week that Tuesday's arrests were only the first phase of their investigation and that others are expected to follow.

One source said five players have been identified during the investigation, although it is not clear whether all five are on major league rosters. Two law enforcement sources said the evidence that the players received banned substances was compelling and that they expect MLB to suspend the players.

According to sources familiar with the investigation, the players identified in Operation Strikeout were not connected to Anthony Bosch or the Biogenesis clinic he founded but to other defendants in the case, including Yuri Sucart, a cousin of Alex Rodriguez.

Sucart, Bosch and eight other defendants were charged Tuesday with counts related to conspiracy to distribute various controlled substances. Bosch, who served as MLB's star witness against 14 players last year, reached a plea agreement and surrendered to the DEA. Other defendants, Jorge Velasquez, Carlos Acevedo and former player agent Juan Carlos Nunez, allegedly were Bosch's partners at times, but also had their own operations independent of Bosch.

MLB officials declined to comment Thursday but have previously expressed frustration that the DEA did not share relevant information about players over the course of their investigation. DEA officials, on the other hand, said they were concerned about the defendants and other distributors, not users, and did not want to share information that could jeopardize an ongoing investigation.